The Aeolian Islands are a very popular tourist destination and as such, throughout the peak season, most of the islands tend to become overly crowded.

If you wish to visit the archipelago but also want to enjoy your holiday in peace and quiet, then the island of Alicudi is the perfect destination. 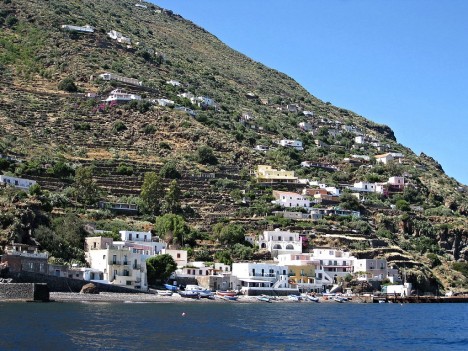 While countless people visit the other seven islands in the group, many people stay away from Alicudi because it is too small and there is only one hotel that can be found on the island.

Yet the island still offers its guests countless activities that will keep them busy throughout their entire holiday.

Life on the island is laid back and basically quite peaceful. Most places are opened without any real fixed hours. There is a single hotel on the island and only a couple of restaurants. 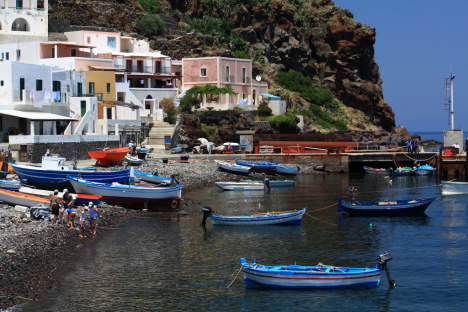 A port in Alicudi, Aeolian Islands, Sicily, Italy by Ghost-in-the-Shell

The island is home to only a hundred people. Most of the inhabitants of the island work in the tourism industry during the peak season.

Up until just recently, the island was home to a prison. There was no electricity on the island and no television either.

The residents of the island were responsible for operating and maintaining the prison until it was closed down. Soon after the prison’s closure, the island’s only hotel was opened.

At the center of Alicudi is where you will find the 675 meter tall peak Filo dell’Arpa. Most people who chose to stay on the island make the trek up to the summit in order to enjoy a peaceful day in the countryside with amazing sea views. 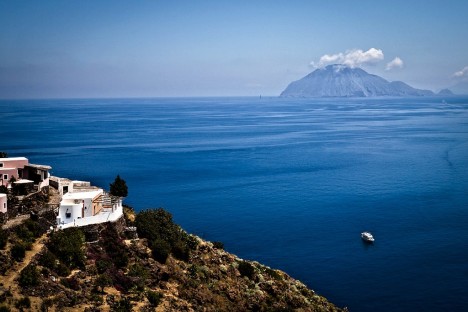 It is here that you will also find the Timpone delle Femmine which are a series of natural caves that have a history dating back to the days when pirates raided the archipelago on a regular basis.

When the pirates would appear, the women and children would make their way up to the caves and hide until it was safe to return to their homes.

There are several peaceful beaches that can be found on the island of Alicudi. The beaches are never over crowded and on most days, can be so quiet that one can relax and listen to the sound of the waves lap against the shoreline. Just south of the port, you will find one of the best beaches on the island. 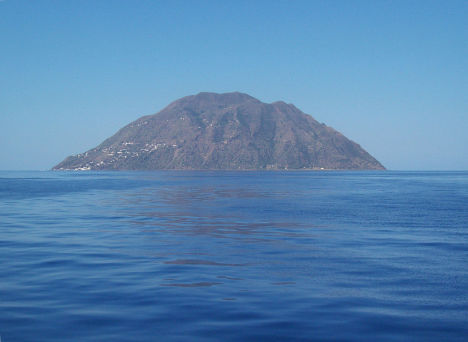 Alicudi Island – a view from the sea, Aeolian Islands, Sicily, Italy by Figiu

The Ericusa is the only hotel on the island and anyone who visits is either visiting merely for the day, or is staying in the hotel. It is home to one of only two restaurants on the island. The other restaurant on the island is that of the Airone.

Unlike the other islands in the area, ferry and hydrofoil service to the island is rare. There is only a single ferry and three different hydrofoils which reach the island and only on certain days and times during the peak season. When it is the off season, getting to the island of Alicudi can be a little more difficult.