Asti – one of the largest architectural and cultural sights

Asti is a city located east of Turin, and belongs to Piemonte region. While strolling around Asti you will feel like on a roller coaster because it lies in the hilly landscape.

The city was founded by the ancient Romans and how was their custom, they have built fortifications all around the city. Even today in some places of Asti still can be seen remnants of the fortifications. In 1994 the city suffered extensive damage during the flooding of two rivers flowing through here, but local residents were able to quickly stand up and restore everything to its original state. 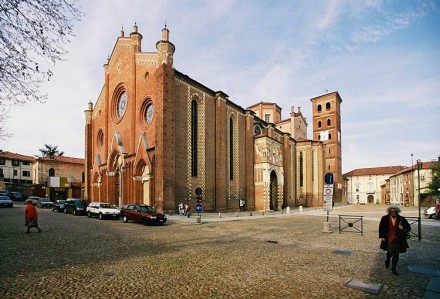 Photo licensed under the Creative Commons, created by Ian Spackman

Asti is one of the largest architectural and cultural examples of the region. Most often you encounter with the architectural style of the younger Middle Ages. This includes also the Cathedral of Santa Maria Assunta, the greatest example of Gothic style in Piedmont. Another religious monument, which is worth seeing, is a dormitory with an adjacent church of San Secondo, where are the remains of the saint patron of the city.

Besides this church there is the Palazzo Comunale, the seat of the City Council since the mid-16th century. Asti is also full of medieval and more modern towers. Among the most popular is Torre Troyana. It stands on Piazza Medici and features one of the oldest bells in the region. 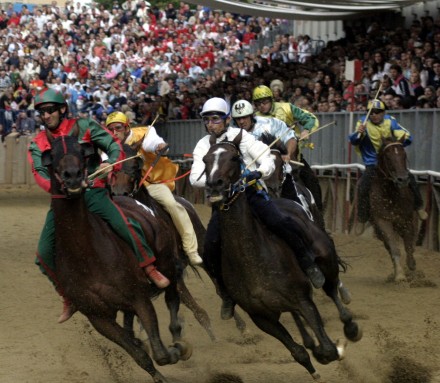 Photo licensed under the Creative Commons, created by faberh

If you come to Asti in the first or second week in September, you can attend the grand celebration called the “Settembre astigiano”. At first there is a celebration Feste delle sagre where you can taste various traditional foods and products, followed by Douja d’Or – a festival of local wines that are trying to get the highest rank. And the annual celebration end with Palio D’Asti – traditional horse back races.

Asti area is also known for white truffles that are cultivated here already for ages. Therefore, a typical starter, which you can get in almost every restaurant, is a raw meat cut into thin slices with truffles. If you already know prosciutto crudo and carpaccio, then such food will not surprise you and you will certainly enjoy it.