History contains numerous examples that prove how strong the will power of human beings is. And, if you are looking for an example then simply take a look at the Cascata delle Marmore. Feeling confused? Well, it is waterfall that has its roots in the great Roman Empire. Yes, it is a manmade waterfall that was created back in the golden days of the Roman Empire.

The height of Cascata delle Marmore is more than 165 meters, which makes it one of the tallest falls in the entire Europe. No doubt, if we talk about manmade waterfalls in the world then Marmore is definitely the tallest among all. There are three sections in this fall and the topmost section is the largest one, which is about 83 meters. The fall is situated about 7.7 kilometers from Terni, which is a provincial capital of Umbria. 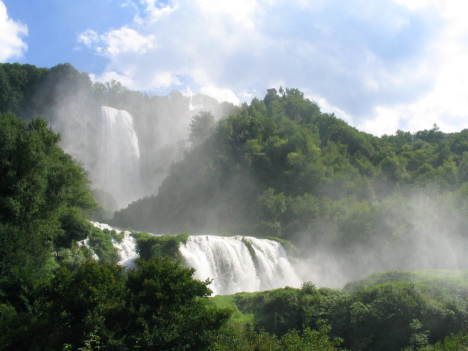 Initially, the waterfall was constructed with the purpose of lowering down the threat of the deadly disease malaria. The construction began in 271 B.C. Talking about its purpose, the idea of Cascate delle Marmore came into existence when a water canal was built to drain the marshland over the brink of the cliffs.

Eventually, the waters accumulated due to flood started draining into the vast river Nera. The river is located at the base of the cliffs. With the passage of time, the Cascata delle Marmore has turned out to be a worldwide attraction. 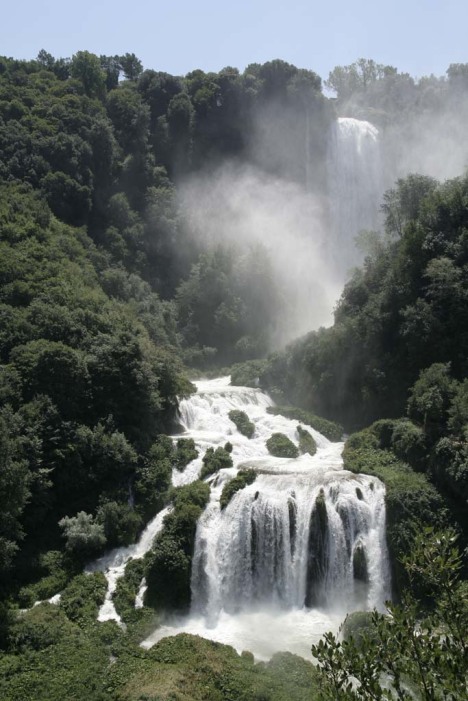 The Cascata delle Marmore can be reached from the town of Terni, which is more or less 8 Kms from the same. The water in the falls flows from the Velino River. It is interesting to note that the same river is used for generating electricity through a closely located hydroelectric power station.

As a result, the water flowing through the falls is managed on a fixed schedule. This is done in order to make sure the tourists can still enjoy at the waterfalls, while not excessively affecting the ability of the power generation plant.

Owing to the huge popularity of the Cascata delle Marmore, most visitors to the hot spot chalk out their plans well in advance to make sure they are there to witness the wonderful moments when the water-controlling gates are opened. Without any doubt, the view of water gushing down the falls is really breathtaking. 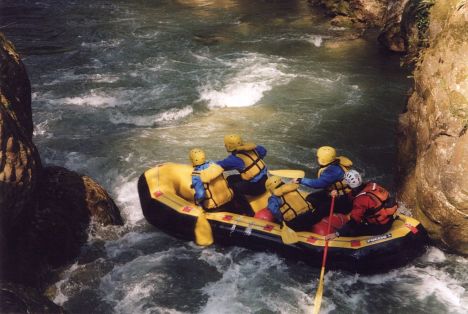 Rafting on the Nera river, Umbria by Wiki Lupetto

It was the year 1929 when the construction of the Galleto power plant came into the action. The water used in the power plant is brought from the Piediluco Lake, which helps the plant to generate 530 MW of power.

The power generated is used for the cities located in the region. When the flow of water is not enough and the plant is not able to generate power, the gates are opened and the falls return back to its agile form. The gates are opened on daily basis, usually between noon and 1 PM, also between 4 and 5 PM.

The best time to visit waterfalls is from March to September when the area is opened daily and there are lots of water releases during the day. It is good to check the timetables before arrival. The basic price is €9. You can find more information about this spectacular natural attraction here: marmorefalls.it.