As an archipelago, the Euganean Hills are a group of hills located in the area of ​​the Pianura Padana Valley near Padua. This complex has volcanic hills, generated as a result of submarine eruptions that occurred about 30 million years ago. 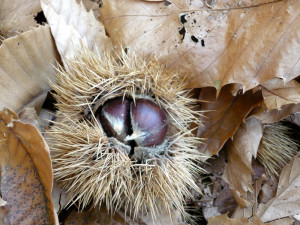 A special feature of the Euganean Hills is its variety of flora due to the different origin and  soil composition, morphology of the different reliefs and climatic vicissitudes.. Precisely for this reason you may find species typical of a warm dry.
The Euganean could then split into various types of areas:
Macchia Mediterranea
Grassland, usually spread in the southern part of hills
Wooded areas (Woods native chestnut at North and oak at South, Robinia introduced by man and increasingly widespread throughout the hills)
Things are different for the Fauna hill
Formed today mainly by small mammals, reptiles, amphibians and birds and has seen the disappearance of large animals already in the ‘antiquity. Only recently we have been introduced illegally boars, purely for hunting, which proliferate and damage local crops and for this reason are subject to careful quality control plan by the Euganean Hills Park.
The area of ​​the Euganean Hills is today protected by a law for their protection, was the first true ecological law passed by the Italian Parliament in 1971, introduced following the serious threat of fewer than 68 quarries spread throughout the hills that extracted material construction. 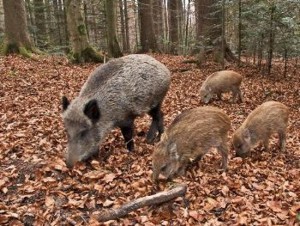 Euganean area is among the most famous and extensive in Italy (total area of ​​about 23 Km) with regard to the presence of thermal resources, the main tourist attraction worldwide.
The properties of the thermal waters  are known since the times of ancient Romans, the period in which they were made important spas. These archaeological remains are still visible particularly in Montegrotto Terme or find themselves in the precious writings left by authors such as Livio and Plinio il Vecchio
The development of the thermal resource was given then by the Serenissima while, the next century, began to flourish major hotel establishments that still today we can find. 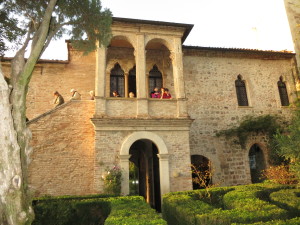 The village of Arquà has ancient origins, it arose originally as prehistoric Bronze Age in the area of ​​Lake Coast, between Monselice and Arquà, as evidenced by the discovery of the nineteenth century.
In the Middle Ages a castle was built in 1322 that was set on fire and destroyed.
In this period, in 1364, the humanist and poet Francesco Petrarca, discovered Arquà while staying in Abano undergoing spa treatments to cure scabies. A few years later, in 1369, from his native Tuscany he settled in this humble and pretty village to spend the last years of his life, which ended on 1374.
At the beginning of 1400 the fame and fashion  pushed some wealthy aristocratic families from Padua and Venice to build their sumptuous residences in one of Arquà and a century later the building growth in the country slowed down, thus preserving the characteristic appearance of the village. However, towards the middle of 1800, it was elevated to the rank of City and in 1868 he was able to add to the name of one of Arquà Petrarca.
Today Arquà Petrarca was admitted to the exclusive club of the most beautiful villages in Italy and received the election in Orange Flag of the Touring Club.

How Francesco Petrarca described:
“I flee the city as life imprisonment and I choose to live in a solitary small village, in a nice little house, surrounded by olive trees and a vineyard, where I spend the days fully quiet, far from the tumult, noise, from chores, reading and continuously writing “ 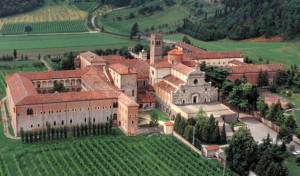 Euganean Hills are also famous for wine and vineyards, for exaple a Fior d’ Arancio ( flower of orange ) obtained from yellow Moscato grapes , or a good Merlot and Cabernet Sauvignon for red wine, or the famous Serprino, White Pinot and Chardonnay for the white wine. So if you are on Euganean hills, not forget to have a taste of this incredible wine!