Imagine a private paradise with the most extravagant scenic Alpine views, majority of easy blue slopes but a few challenging black ones in the Dolomites, eight hours of sunshine, and 90% of slopes fully covered with snow! In reality, this describes the Italian winter sports Mecca called Cortina d’Ampezzo that had already hosted the Winter Olympic Games! Regarded as the Queen of the Dolomites, the ski resort is in the heart of the eastern Dolomites in Veneto.

This ancient mountain town is a chic destination flanked by towering sandstone cathedrals and shining mansions. For the adventurous, the town boasts some of the most romantic and charming surprises to encounter. 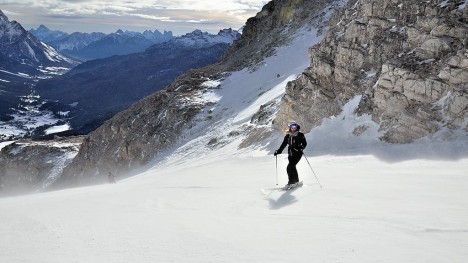 Cortina retains its reputation of offering modern ski lifts and snow-making opportunities on all of its 140 slopes. The resort covers San Vito di Cadore and Auronzo-Misurina, and belongs to the Dolomiti Superski region.

Skiing here is more varied than in several other places in the Dolomites. You can choose one of the three ski areas namely; Faloria, Cristallo and Tofana all on the Dolomiti Superski pass for accessing 700 miles of trails from different resorts across the Dolomites.

The resort features the vertical drop of 1,715 m, over 100 downhill alpine skiing slopes, over 50 lifts, 90 chair lifts, 6 cable cars, and 16 ski lifts. Beginners prefer the Socrepes area’s primary slopes for skiing and boarding as well as Guargne-Mietres. Because above 50% runs are ‘easy’, the resort is ideal for the beginners to progress.

For the intermediate level, wider runs are available in different areas, including the long descent of 3.7 miles towards Armentarola on the circuit called Alta Badia from Lagazuoi (at 2,788 m) summit accessible by the Passo Falzarego cable car. 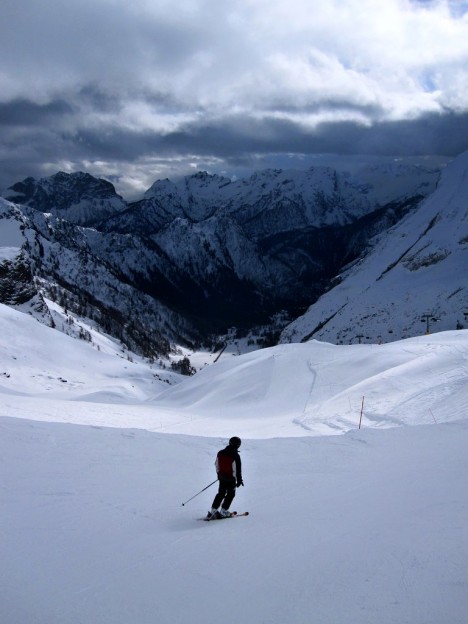 The resort is easily accessible through a bus ride into the circuit of Sella Ronda; the free bus drops you at Passo Falzarego as well as at the cable car at Lagazuoi from where you move down the Hidden Valley to the Armentarola hamlet, San Cassiano, and to the remaining area of the circuit.

Tofana is known for its most challenging skiing slopes, including the legendary descent of Stratofana on which Tony Sailer grabbed the third gold medal. 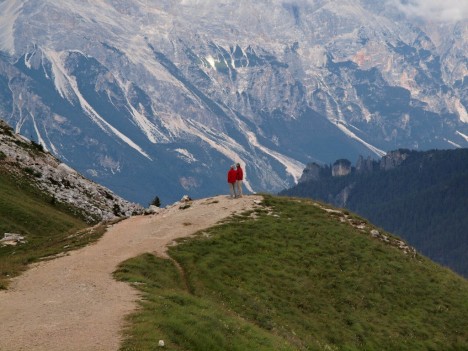 Dolomites near Cortina d’Ampezzo by Helena

Most challenging runs are Forcella Rossa and Staunies in Cristallo. In the Tofana area, the snowpark in Socrepes on the legendary San Zan piste is popular. Served by a 4-seater chairlift, the park is split into two regions: Easy and Medium lines.

At the end of the day, the piano bars and discothèques are crowded. Sometimes, ice disco dancing is organized at the rink, which is just fascinating. 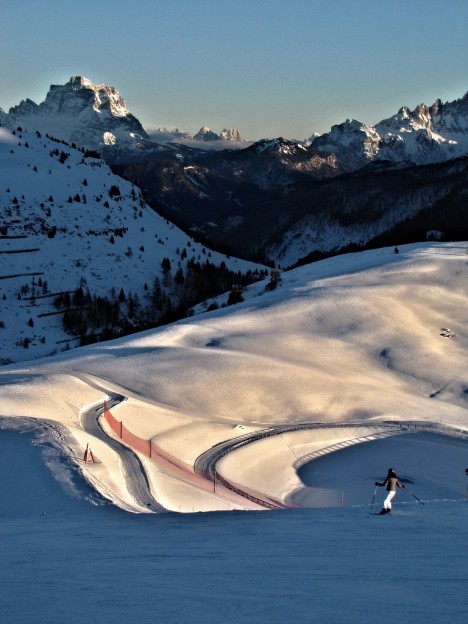