Imperia is a coastal town, consisting of the old town of Porto Maurizio and Oneglia. It is the capital of the westernmost province of Liguria, which is also known as the Riviera dei Fiori (Riviera of Flowers).

The local production of flowers is among the biggest in Italy. The city was founded in 1923 when Mussolini merged two existing towns Porto Maurizio and Oneglia. Today Oneglia is rather industrial and Porto Maurizio is a tourist resort.

Porto Maurizio has its historic core and nice tourist port. There is all you can expect from typical Italian town – squares, streets, hidden corners and churches which is, of course, enhanced by the relaxing atmosphere. It offers everything the tourists need.

Imperia is a home to the Maritime Museum, the third largest in Europe in terms of the number of sites. It is also a place of unique event – Vele d’Epoca, where you can see the finest and noblest sailing yachts from the late 19th century. The event is held every two years and it is a competition of these yachts. 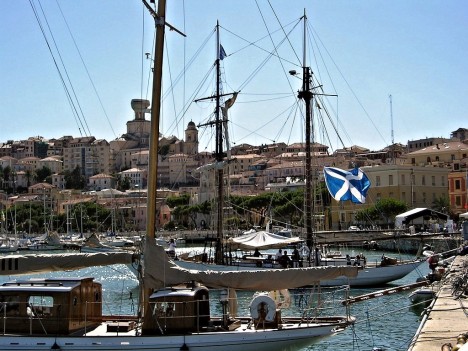 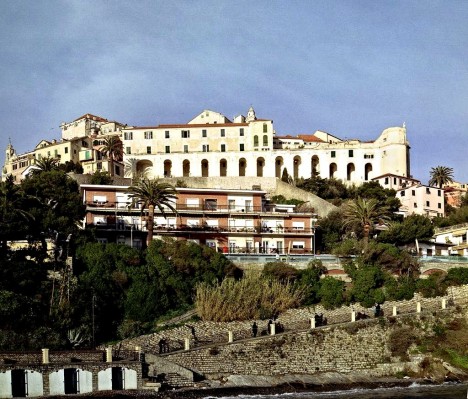 In Oneglia there are more modern sights like the church of San Giovanni Battista from the 18th century or Villa Grock, which was built in the 30’s of the 20th century in the style of Liberty for legendary Swiss clown, composer and musician named Grock.

Above the sea is Torre di Prarolo from which the attacks were previously announced, when Saracen pirates decided to conquer the port. Besides these sights you also have to go through the port of Porto Maurizio, where you can find remnants of the original harbour. Today, however, it is already full of modern yacht, where rich people spend their holidays. 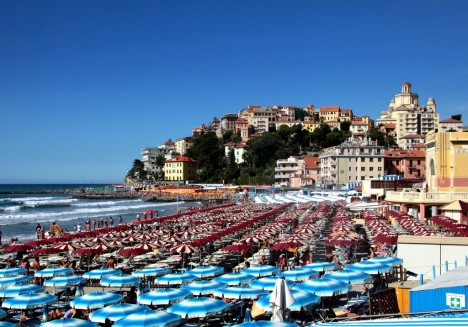 Porto Maurizio beach side by mykaul

If you are active traveler who doesn’t spend entire vacation on the beach, then you would probably wish to attend any of the festivals or celebrations held in Imperia. During September, there is a Grock festival, again in honor of perhaps the best circus clown in history.

At the time of this festival Imperia is full of theater groups who organize various, often comic performances. Or you can also enjoy lots of paintings with clowns and other attractions during the festival. 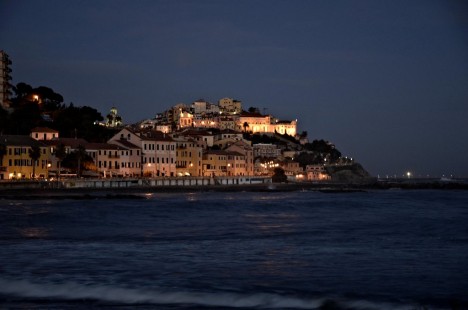 There are many possibilities of entertainment and sport activities, including a sailing school. You can go horseback riding, tennis, miniature golf, water skiing.

And once you are hungry, be sure to try local specialty Piscialandrea. It is something like pizza with anchovies, tomatoes, onion, garlic and olive oil. 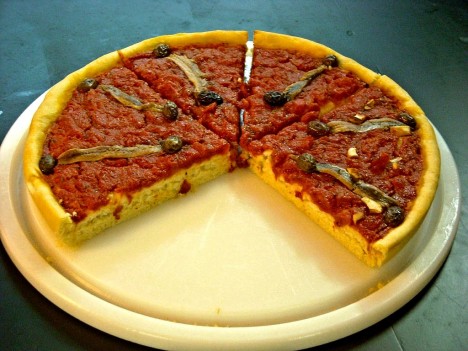 What to visit around Imperia

Cervo – the most beautiful village in the region

Cervo is the most beautiful of the many coastal villages east of Imperia. Its narrow streets and houses are located upstairs from the pebble beach. At the hilltop is the church of San Giovanni Battista with a Baroque facade. Cervo is a typical holiday resort with hotels and beaches. 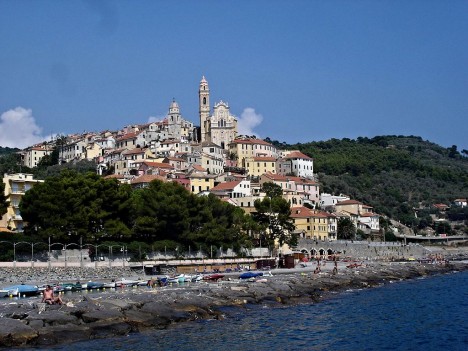 Village of Cervo, Liguria by Mchidell

Balzi Rossi are some of the most significant caves in Italy, that can take you through the footsteps of the cave dwellers from the Neolithic period. Museo Nazionale dei Balzi Rossi exposes tools, weapons and stone figurines of women which are 100,000 years old. 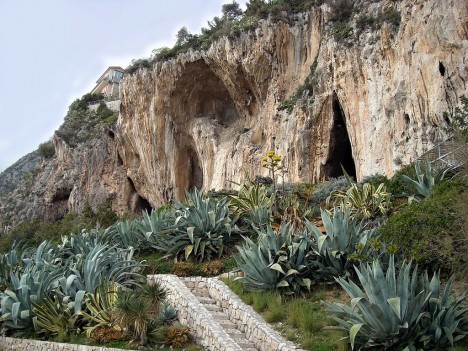 You can visit some of the sea caves, Marine aquariums in Genoa or Monaco, waterpark in Ceriale, or a city of San Remo.