L’Aquila – the most beautiful town in Abruzzo region

L’Aquila is situated at the foot of the Gran Sasso, the highest mountain on the Italian mainland south of the Alps. This city is hidden by medieval walls and surrounded by the Apennine Mountains.

It is stretched on an area of ​​466 square kilometers, having a population of nearly 70,000. It is the main center of the region of Abruzzo, which recently (April 2009) suffered the strong earthquake. 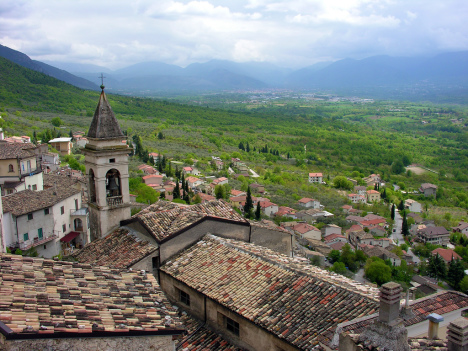 Construction of the city started on the command of Holy Roman Emperor and King of Sicily Frederick II. of several already existing villages. The town was founded by the will of the neighboring inhabitants, who sought refuge there from the oppression of feudal barons.

This is why L’Aquila became unique. It is the only medieval city in Italy, which was not built at random, but according to systematic urban plans. 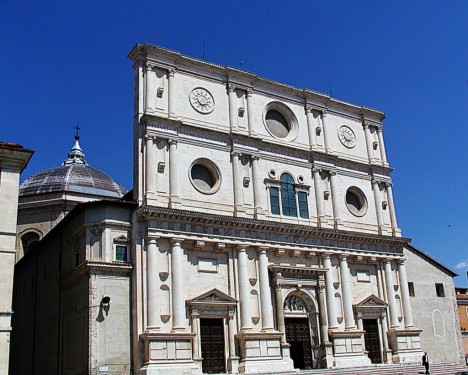 L’Aquila is considered the most beautiful town in Abruzzo region. It offers a large number of cultural institutions – theaters, symphony orchestra, a state conservatory and Film Institute.

Aquila means “eagle” in Italian and it is really true that in this rugged mountainous region, packed with thousands of years of history, heritage and distinctive culture, eagles really fly from the tops of the mountains down to the valley. 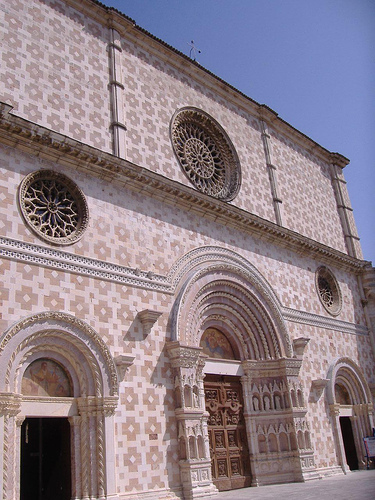 The local streets are lined with old churches and palaces. Church Santa Giusta (1275) at Via Santa Giusta boasts amazing dome, nice rosette and “The Stoning of Saint Stephen” by Cavalier d’Arpino.

Church of Santa Maria di Paganica (1308) near Via Paganica will amaze you with its frontage of 14th century and portal decorated with reliefs. 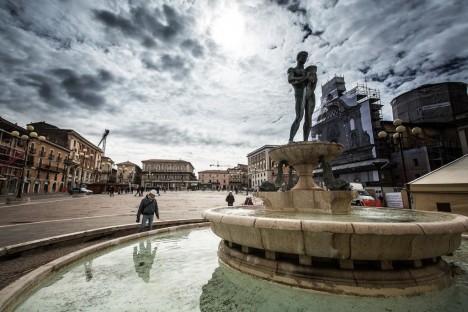 You should visit also Cathedral of San Massimo, which is located in Piazza Duomo. Inside is a beautiful sarcophagus and a statue of Cardinal Amico Agnifili, called also the Cardinal of L’Aquila.

The basilica, which was already restored in Baroque style after devastating earthquake in 1703, holds the tomb of Saint Bernardino of Siena and is richly decorated with frescoes by Ferdinando Mosca and Girolamo Cenatiempo. 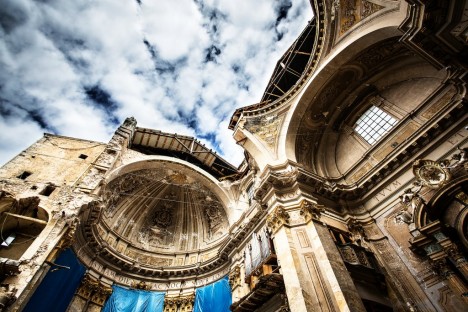 Museo Nazionale d’Abruzzo can be found in a local castle from the 16th century. Here you can admire exhibits of mammoth skeleton, Roman artefacts and sacred works.

L’Aquila is also known for the famous Fontana delle 99 Cannelle, which is a long fountain with 99 strands of cold water as a reminder of the legendary 99 founding villages of the city. It is nice refreshment during hot summer. 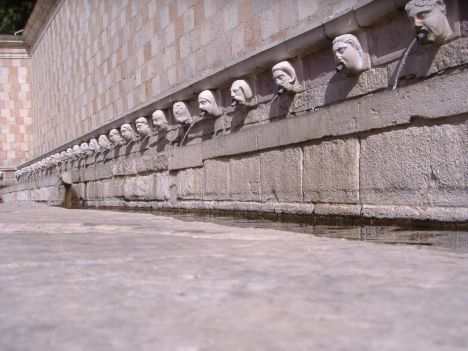 What to do around L’Aquila

North of L’Aquila are ruins of the theatre and ancient amphitheatre, where you can occasionally attend concerts and theater performances.

Abruzzo is great place for your holidays throughout the year. Skiing is superb, slopes and accommodation are of high level. In summer you can stay at the Adriatic coast and spend a week at a rocky beach with crystal clear water.