Most beautiful beaches of Sicily

Italy has some of the best beaches in Europe and so does Sicily. Every list of the most beautiful beaches of Italy is incomplete without those located in Sicily. And here is the mini guide of top beaches where you could potentially want to spend your holidays once you are in this Italian part.

In 2005 Cala Mosche beach has been awarded Blue Guide by Legambiente (Natural Habitat League) and received the title of the most beautiful beach in all of Italy. Located in the south-eastern part of Sicily, it is a little jewel boasting bright colors and very clear water, numerous ravines and sea caves.

The beach is well protected by the nature reserve of Riserva Naturale Orientata Oasi faunistica di Vendicari and can be found near the town of Noto. 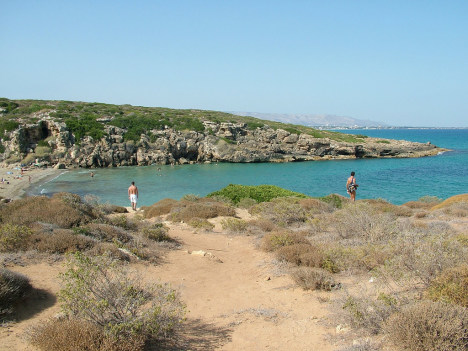 The beach of Punta Secca is located in the province of Ragusa, and it is well-known not only due to great sea and surroundings but also thanks to the house of Inspector Montalbano (most popular series from Sicily), which can be found right here.

Punta Secca is very wide beach and is easily accessible and therefore suitable for families with children. Even if the kids know the popular series, they will really love this place (although the series are not very suitable for kids!).

Isola delle Correnti is a small island located near Porto Palo di Capo Passero village at the southernmost tip of Sicily. The name derives from the meeting point between the currents that flow around the island. The first running of the Ionian Sea, the second of the Mediterranean Sea. The beach is much loved by those who love windsurfing. 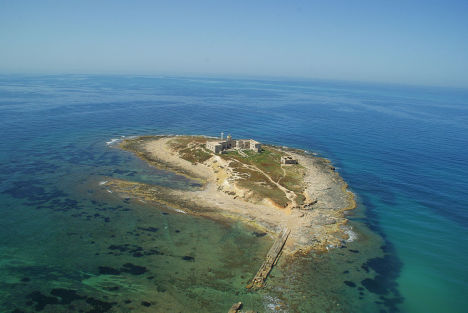 The beautiful beach of San Lorenzo is located in the small Marzamemi, one of the typical fishing villages of Sicily. Located in the south-eastern part of Sicily, it is a guarantee of great summer holidays full of wonderful sunrises and unique sunsets, while you can also see some flamingos here. 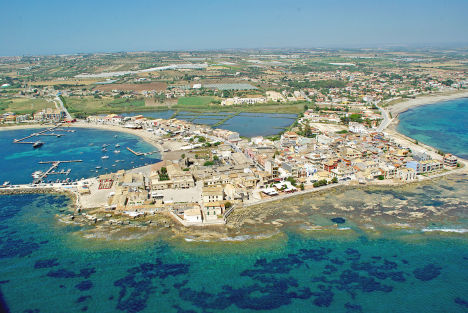 Situated 7 kilometers away of Taormina, Isola Bella is one of the landmarks of Sicily. Island is the synonyms for clear sky and blue clear water. Here, at the foot of the erupting Etna volcano, you can enjoy a luxury Sicilian holidays. 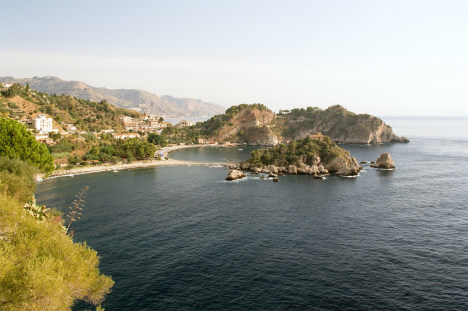 The western part of Sicily also has several great beaches that deserve to be listed here. And famous Lo Zingaro nature reserve hides several of them at the bay from Castellammare del Golfo up to San Vito lo Capo. Although majority of them are accessible via boat only, their beauty and uniqueness attract many beach and diving lovers every year. 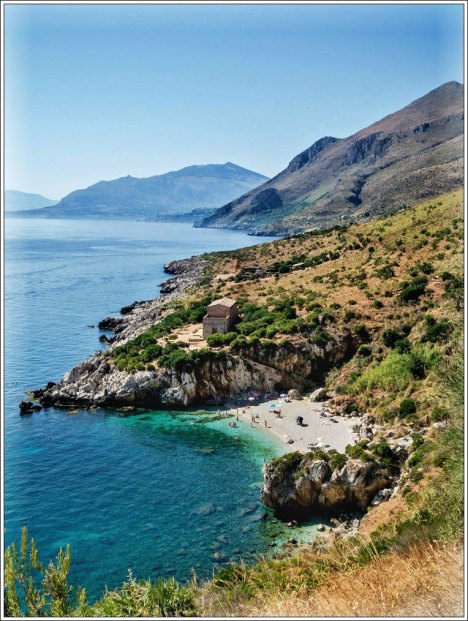 You certainly should not miss the famous beach of San Vito Lo Capo, with the white sand and clear sea. Excellent resort town, where you can enjoy good fish and also the much renowned Cous Cous of Trapani, a traditional Arabian dish that quickly became the typical meal of the local cuisine. 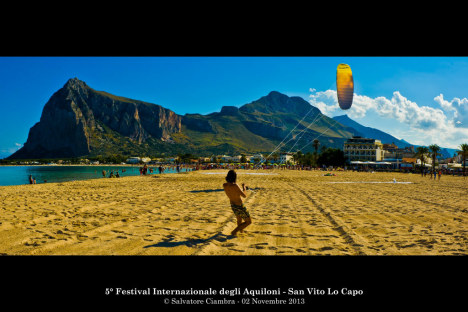 The beach of Scopello will surprise you with its unique Sicilian charm. The time has stopped years ago in this village so you’ll be able to see the real life of Sicilians here who still lives their lives as before. The beach of Scopello is one of the best examples of an unspoilt nature in Sicily and is great for those who want to get away from the chaos of everyday life. 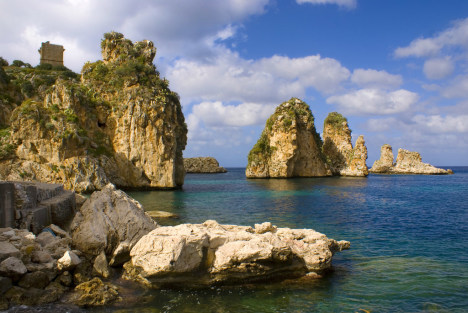 Scopello scenery as seen from the beach by Loris Silvio Zecchinato

Somewhere in the middle of northern Sicily is another jewel of the Mediterranean Sea, known as Cefalù. And of course it has a beach right in the middle of the town. So while swimming in the sea, you can take a pleasure of one of the most beautiful views of Sicily. And once you have enough of swimming and lying on the beach, just stroll around the town streets and enjoy great Sicilian wine in some of the numerous wine shops.

Panorama of Cefalù by Julius for Travel via Italy

Just a few kilometers away of Cefalù is the quiet village of Finale di Pollina, visited mainly by the camping lovers as the 3-star camping Rais Gerbi is the nearest accommodation to this beach. In the evening you can go to the village to suck the real Sicilian atmosphere or rent a motorbike and go up to the hills and visit the town of Pollina to enjoy some of the best sunsets or sunrises in your life! 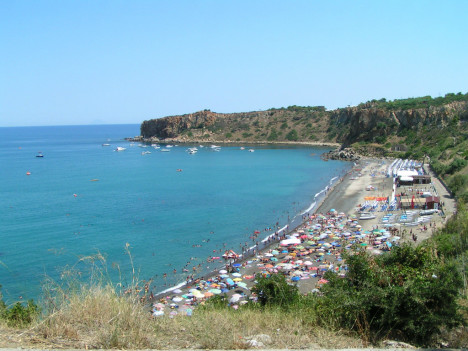 Finale di Pollina beach by Julius for Travel via Italy

Perhaps the most interesting beach in Sicily is none other than Scala dei Turchi. Close to Agrigento is a huge bright white rock overhanging the sea, where you can soak up the sun. This will give you a unique experience that you will hardly find anywhere else. 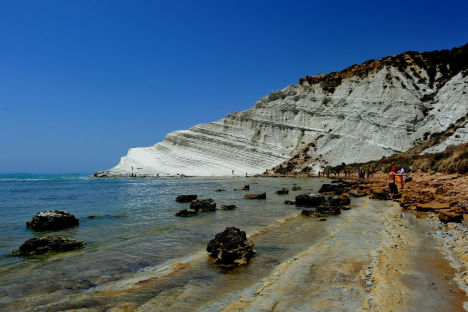 Located near the island of Lampedusa, quite far from Sicily but close to Africa, Isola dei Conigli has one of the best beaches in Europe. You will feel like in Caribbean. The water temperature is ideal, or sometimes too hot as the sea here is not deep. If you are very lucky, at the end of August you can also see Loggerhead sea turtles in the water. 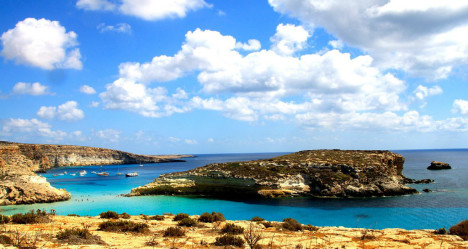 These are not the only beaches in Sicily, in fact Sicily has countless beaches that can be marked as best. I have never seen an awful beach in Sicily and every beach has some unique appearance.

Do not forget to visit nearby Lipari islands, especially island of Vulcano which offers several types of beaches including black volcano beach. Another island, located on the west of Sicily called Favignana also boasts numerous wonderful beaches.

If you think that some beach should be listed here, let me know in the comments below!