Most beautiful towns in the province of Arezzo, Tuscany

Arezzo is one of the oldest cities of Tuscany and is situated on the unique place, where four valleys – Val di Chiana, Valdarno, Casentino and Valtiberina meet. Thanks to its geographical position, Arezzo has been a place of different peoples and cultures.

You can read more about Arezzo here, but there are lots of other towns and villages around Arezzo that also worth a visit. Some of the most beautiful towns are Anghiari, Bibbiena and Cortona.

Anghiari still has a strong medieval character. It was based partly outside the walls of the castle, along the steep downward road. 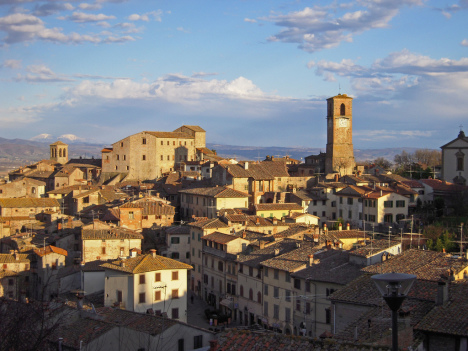 Worth visiting is ancient San Bartolomeo monastery from 10th century, the church of Sant’Agostino from the 15th century and Palazzo Comunale. Church of Santo Stefano from the 6th century is one of the oldest churches in the region.

There was a Battle of Anghiari in 1440 between Florentian Republic and forces of Milan. The battle has been painted by Leonardo da Vinci, although currently it is considered a lost painting and it is believed to be well hidden somewhere in Palazzo Vecchio in Florence. 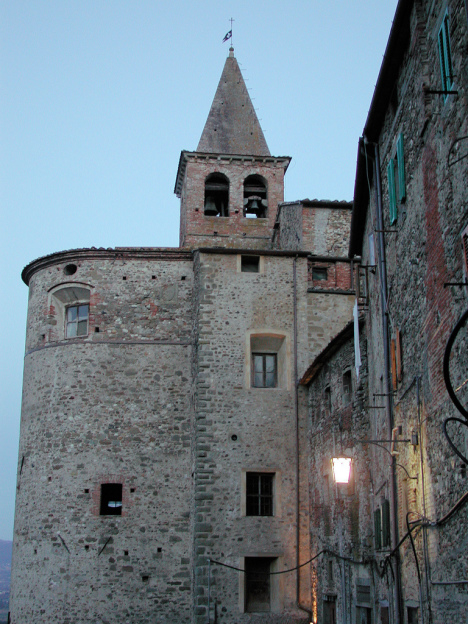 Bibbiena is today an important center of the Casentino area. Originally it was an important Etruscan seat, and later the medieval fortress. Tarlati towers and Porta dei Fabbri gate were part of the castle.

Noteworthy is also the church of San Lorenzo with glazed terracotta works of Luca della Robbia. You should not miss also Oratory of the Holy Stigmata of St. Francis, parish church Sant’Ippolito and Sanctuary of Santa Maria del Sasso which is one of the most important religious renaissance buildings in the Casentino area. 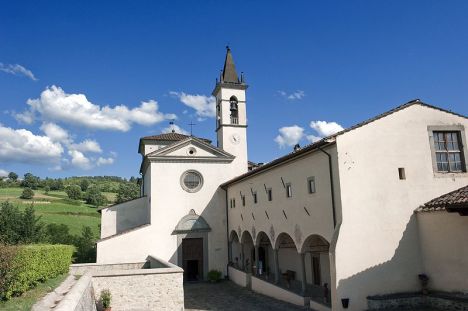 Cortona is one of the most beautiful upland towns in Tuscany. It is a medieval town with a fortress, steep narrow streets and stairs, built on a hill and dominates the whole valley.

Cortona was also one of the twelve cities of Etruscan League. The remains of the city walls from that period can still be seen here. 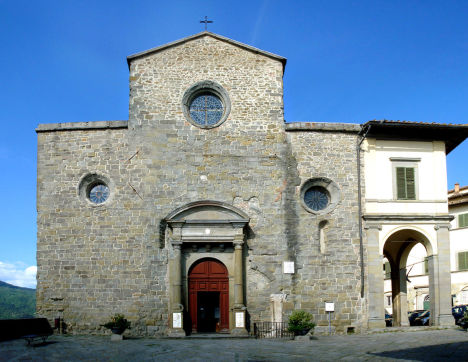 At the central square Piazza della Repubblica there is Palazzo Comunale of 13th century with a tower and beautiful external staircase. The terrace at Piazza Garibaldi offers spectacular views of Lake Trasimeno and Mount Amiata in the background. 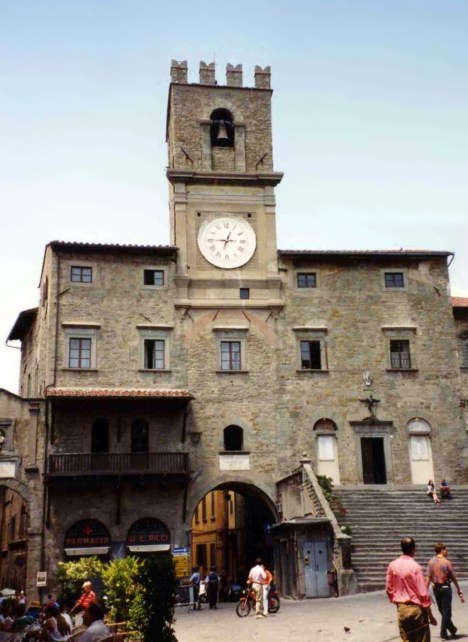 Ruga Piana (Via Nazionale) is the only flat street in Cortona and also its main allurement.

The High Renaissance church of Santa Maria delle Grazie al Calcinaio from 16th century is a masterpiece of Francesco di Giorgio Martini. It is situated beneath the city walls and surrounded by olive groves. 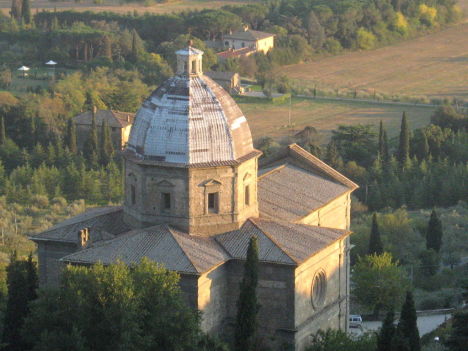