Opera first began in Italy in the 1600’s. The combination of theatre and singing grew in popularity in the centuries to follow, and composers such as Mozart, Scarlatti and Verdi all embraced opera with open arms. Italy has some of the most impressive opera houses in the world, and the universal themes of some of the most melodic works, such as Puccini’s Tosca has meant that the popularity of opera has never diminished.

There are opera houses and theatres all over Italy where you can see performances all year round. Here are the top three by GreatTravels.co.uk.

The Teatro di San Carlo in Naples is the oldest opera house in the country, so there isn’t a more perfect place to go and see La Traviata. The story of Alfredo and Violetta is dramatic and timeless, very much like the theatre itself. The incredible acoustics are perfect for the operatic style which resonates around the auditorium, straight to the ears of the audience at the very back.

Tickets aren’t cheap – they start at around 50 Euros, but the experience is worth it. If opera isn’t your thing, however you can always go and see one of the theatre’s more modern productions. Next year West Side Story is no doubt going to be extremely popular (just don’t forget the Kleenex). 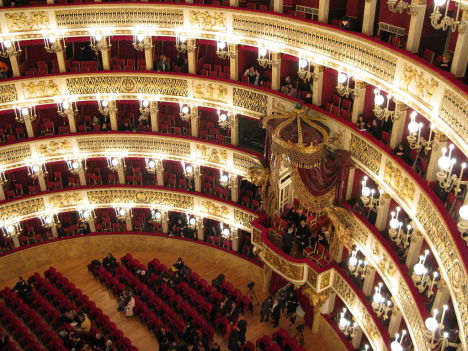 The Baths of Caracalla in Rome play host to many incredible productions in the summer season. This open-air venue is an archaeological monument which provides a wonderfully gothic atmosphere that you won’t find anywhere else.

It attracts big names too – previously Tito Gobbi, Antoinetta Stella, Placido Domingo and Luciano Pavarotti have all performed to the audience underneath the stars. Tickets start at 17 Euros which will suit even a student budget. 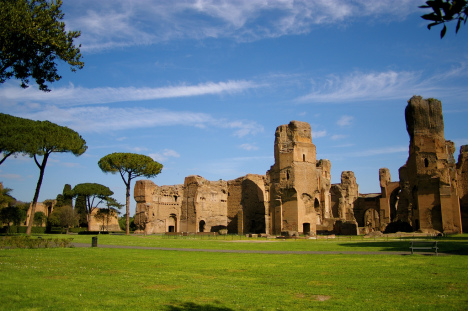 Another fantastic outdoor venue is the Arena di Verona. The best time to visit is during the Centennial Festival (the next one starts on 9th June 2013). There are plenty of classic productions to choose from. The very sad Aida is a favourite, and tickets for Rigoletto are bound to sell out early. Verdi’s opera caused a lot of controversy and the composer had immense problems with censorship when the work was first performed. Tickets for the festival sell out quick, especially for the opening performance, so if you’re planning a trip to Verona, book well in advance. 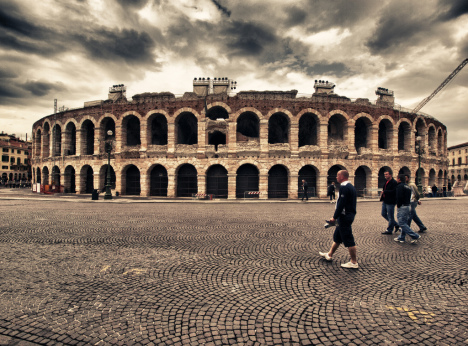 Not content with just listening to the operatic works, how about having a few lessons. Operatic techniques such voice projection, pitching the notes and technical pronunciation can all be learned at the Verona School. What better way is there to completely immerse yourself in the beauty of Italian opera whilst on holiday? You may not be the next Pavarotti, but it’s an excellent way to simply enjoy the music.