Who does not know Pompeii? Probably everyone already heard about this town situated in the Bay of Naples. In the past, it became the unwilling participant of a natural disaster, which killed the whole city along with its inhabitants and covered by the ash. But, paradoxically, this disaster very extended our knowledge of the ancient world.

Pompeii was founded in the 8th century BC and was used by the Phoenicians and the Greeks as a port. Its history went through the different periods, and finally became a part of the Roman Empire in the year 310 BC. While lying at the foot of Vesuvius, which tectonic activity was evident due to occasional tremors, residents considered a place as safe one. 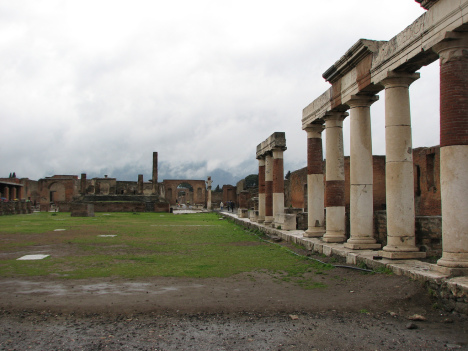 However, in the year 62 AD, volcano sent the first warning, when a huge earthquake destroyed up to 60% of the city. But its inhabitants restored Pompeii very soon and the town lived his life like at the time before. About 17 years later, at the beginning of August 79 AD, nature sent another warning – all the water wells dried up. But even this does not work, and finally on the 24th August 79 AD, exactly on the feast day of Vulcan, the Roman god of fire, there was a massive eruption of Mount Vesuvius.

Stones, gases and ash in pyroclastic flow buried not only Pompeii, but also two other cities, Herculaneum and Stabia. The explosion lasted three days and took about 10,000 victims (estimated half of all the inhabitants). The only known eyewitness who survived the eruption was Pliny the Younger who described the event in a letter to Tacitus, thanks to which we have a fairly reliable information about this explosion. 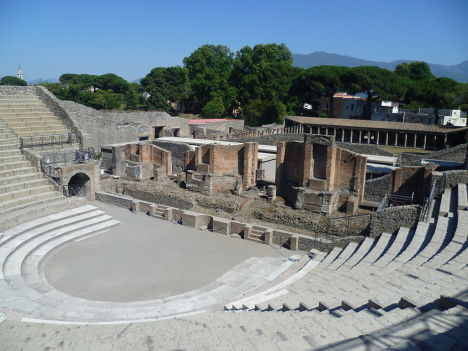 Over the centuries the cities were forgotten and their rediscovery was just by accident. Their position was specified in 1599, but Pompeii again saw the light just in 1748 and since then have been and still are (and will be for a very long time) the subject of extensive archaeological research.

Since the explosion was completely unexpected, we uncovered a perfectly preserved city’s image and its life. Many public buildings and town houses were preserved, along with numerous articles of daily use, even scraps of food and domestic animals. Everything shows that Pompeii was living and growing city, the center of trade and place through which many people passed by.

The sad fate of Pompeii attracts many visitors every year who come to see the excavations and findings. Here they can transfer like with a time machine to the Roman Empire in the 1st century AD.