Sanremo – spa resort and center of the Riviera di Ponente

San Remo is world renowned spa resort and cultural center of the Riviera di Ponente. It lies at historically very interesting place between the headlands of Capo Verde and Capo Nero. It’s a typical Ligurian resort with palm trees and a casino.

Onion domes of the Russian Orthodox church add an exotic character to this city. Already in the 19th century, the Italian nobility first found pleasures offered in the Italian Riviera. The town center is formed by Casino Municipale. The beaches are narrow, sandy and mostly private. 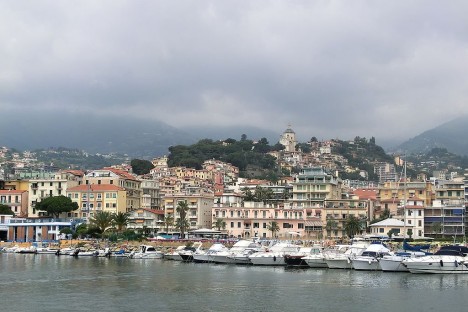 Sanremo as seen from the sea, Liguria by Jose Antonio

San Remo is the oldest and largest Italian winter holiday resort, which thanks to its location in a sheltered bay has a very mild climate also in winter. The city is famous for its Festival of Italian popular songs, which is held annually in February.

San Remo is a nice resort, already admired by famous people, such as a Russian composer Tchaikovsky, a Swedish engineer Nobel and poet Lear – they all lived in the palaces on the promenade with palm trees which has been named after Russian Empress Maria Alexandrovna Corso dell’Imperatrice. 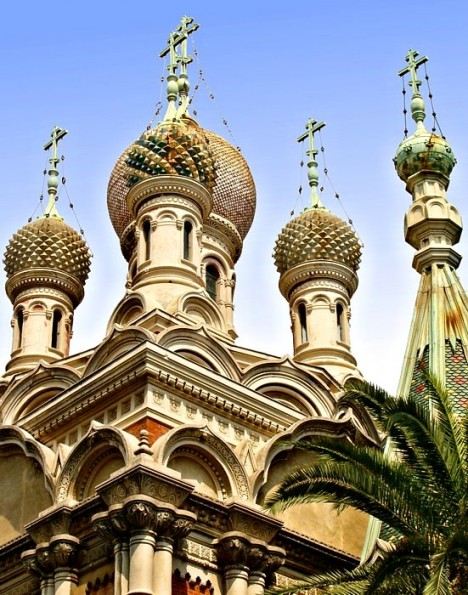 This is also the main reason why you can find here the typical Orthodox church domes built in the 20s of the 20th century. Not far away, you can then come across a symbol of San Remo – Casino Municipale.

From here you can walk through one of the major streets in San Remo, Corso Matteoni and get to the Renaissance Palazzo Borea, which houses the Museo Civico, with local findings and paintings. 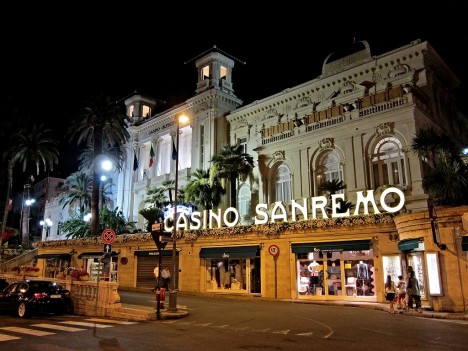 It is worth to visit also Cattedrale di San Siro from 13th century, which is decorated with bas-reliefs and unusual black crucifix. Among other religious buildings there is Sanctuary of Madonna della Costa from 17th to 18th century with a ceiling fresco by Giacomo Boni.

Sanremo is full of landmarks of modern architectural styles, such as Villa Nobel. This villa also dates from the late 19th century and was built in the Moorish style. 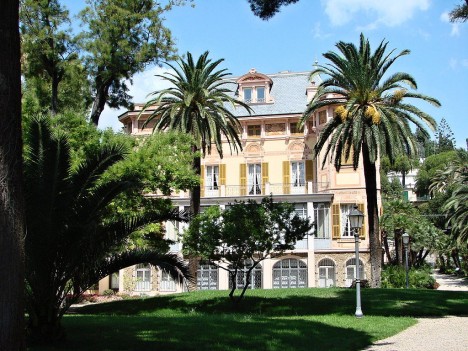 Earlier the villa had a different name, but because it was the last place of residence of Alfred Nobel, the villa then took his name. Now it houses the museum of the 19th century discoveries.

But San Remo is not about historical monuments or museums only. There are plenty of places where you can have fun. The local casino is considered the most famous place in the city. 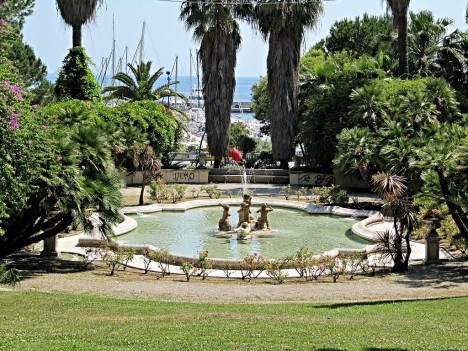 Gardens of Sanremo, Liguria by Daniel70mi

There are also several parks such as Giardino Ormond with palm trees, olive trees, rosewood and large Lebanese cedar, and Giardini Marsaglia, which is a place of regular concerts during summer.

Through the winding streets you can get to the old town also known as La Pigna (Pinecone). 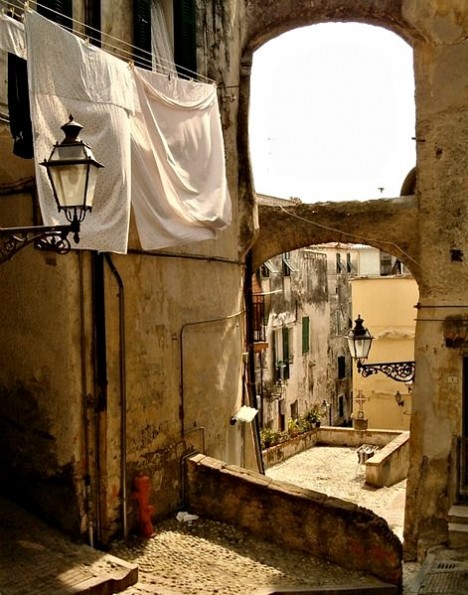 Streets of Sanremo, Liguria by Idéfix

You can also try a lift to Monte Bignone, providing you with a stunning view of the Riviera.

San Remo is popular among tourists especially during the peak season. From San Remo you can visit the nearby French resorts such as Cannes, Nice or Monte Carlo.