Skiing in Vialattea – try the finest courses in all of Italy

Some of the finest courses in all of Italy can be found in Vialattea. The Vialattea region in the Italian Alps is more commonly referred to as the Milky Way Ski Circuits by not just the locals, but also by some of the top skiers in the world.

This particular region is where the 2006 Winter Olympics took place and as such, it offers some of the best courses not just in Italy, but in the world. 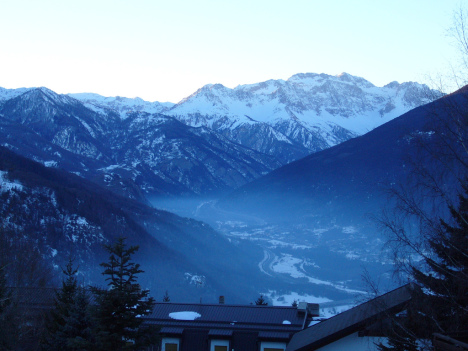 There are a number of different areas within Vialattea to ski. There are runs in the ski area that have been designed for every level of skier out there. From the most basic courses for beginners, to the long and very difficult professional courses, the Vialattea Ski Area has it all.

Located in Piemonte, the easiest way to reach the Vialattea Ski Area is through the Torino-Caselle Airport which is but a mere hour’s drive away. There is also a rail station located in the Oulx ski area which is serviced by high speed trains from Rome every single day.

There are many different skiing areas located within the region. These areas include Oulx, Pragelato Claviere, Sauze d’Oulx, Cesana, Sansicario, the French Montgenèvre and even Sestriere. Each area offers its own unique and challenging runs that are kept well-powdered by some of the latest in snowmaking capabilities.

Known as the gateway to Vialattea, the small Alpine town of Oulx has the number one rail station in the area which is serviced by high speed trains that travel to and from Roma as well as Paris. The town is also only a forty minute drive from the city of Turin.

The small Pragelato Claviere ski area has some of the biggest vertical runs in the Vialattea region. As a result, it also has a number of lifts that go to some of the highest altitudes in the region. The area that surrounds the town offers 50 kilometers of freshly powdered slopes as well as five of the largest jumps in Italy. There are three different hotels in the town, a discotheques as well as a five start resort that can be found in Pragelato Claviere. Best of all is that from the town you will have full access to the more than 400 kilometers of runs located throughout the Milky Way ski circuit.

The slopes of Sauze d’Oulx are popular amongst the countless visitors who make their way to the Milky Way every single year. There are many black and red runs that can be found throughout the area. However, the Sauze d’Oulx ski area is most known for its Double Black Park which was specifically designed with snowboarders in mind. The snowboarding park can be found at the edges of the ski area, but has grown in popularity immensely in recent years. 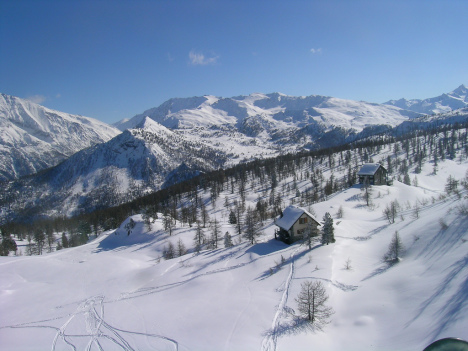 Situated are 1,350 meters above sea level the Cesana Resort is one of the most popular in the Vialattea skiing region. Located at the foot of the popular Montgenèvre Pass, there are countless first-class runs that can be accessed in and around the resort. You also can access much of the Milky Way ski circuit by way of the chairlifts that connect you directly with Sansicario.

One of the finest resorts in the entire Vialattea ski circuit is that of the Sansicario. Located at a height of 1,700 meters above sea level, you have access to a number of fine runs along the slopes of Mount Fraiteve. The tallest point in the area accessible by modern lifts is 2,700 feet above sea level.

The village of Sestriere also functions as a resort that was made famous by the 1997 World Cup Ski Races that were held in the area. It is also popular location during the 2006 Winter Olympics in part to its high altitude. Considered to be a top class snow area, there are runs available for every level of skier out there.

While not located within Italy, the French Montgenèvre Pass is a very popular location that is considered to be part of the Milky Way ski circuit. One of the easiest ways to access the Montgenèvre Pass is through the resort in Cesana which will give you full access to the slopes within the pass. 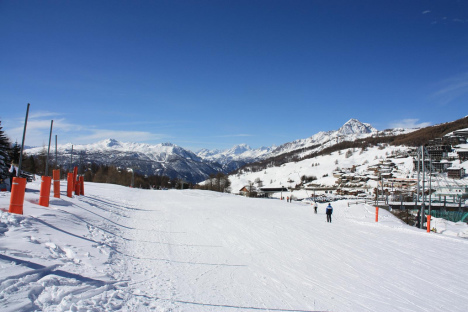