The splendid natural scenario of the Dolomites has been the backdrop for memorable events and the subject of emblematic fascination: a place where heaven and earth meet, the abode of the gods and the culmination of man’s ascent towards awareness. Since the dawn of culture, the mountains have alwaysexpressed the idea of immutability and at the same time the possibility to communicate with divinity, not to speak of the literary and artistic works in which they have played a part. Heritage of Humanity? This would seem to be a pleonasm: to what else, if not to the history of man, could these renowned peaks belong? But now that UNESCO has decidedto include them among the miracles of nature, to be protected from the intemperance of man, it is anything but a truism. This re-evaluation of the unique and priceless nature of the Dolomite landscapes is also a call to the administrative authorities for them to continue to uphold their value, with particular emphasis on the problems of the mountains as a “habitation”, to be regarded, no longer as a “limit”, but as a “link”.

The amazing thing is not so much that the Dolomites have succeeded on being placed on the prestigious UNESCO list of Italian World Heritage sites, but rather the fact that they had bever before been included among the forty or so natural, scenic, historical and archaeological treasures of which Italy can be proud. Since 1979, the year in which the rock paintings of the Camonica Valley were listed by UNESCO, few places have been more worthy than the legendary ” Monti Pallidi” of being considered as World Heritage sites. However, as the honorary president of WWF, Fulco Pratesi, point out, this recognition does not represent merely an honour heralding investments and waves of tourists: it also implies a strong call for a more rigorous defence of these places, which are threatened by dangers of every sort. Indeed, the World Heritage seal of quality can be revoked, as is well known by the people of Dresden, where plans for a new bridge spanning the Elbe threaten to lose the city its place on the list of honour. 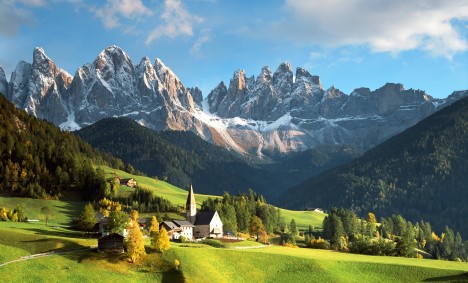 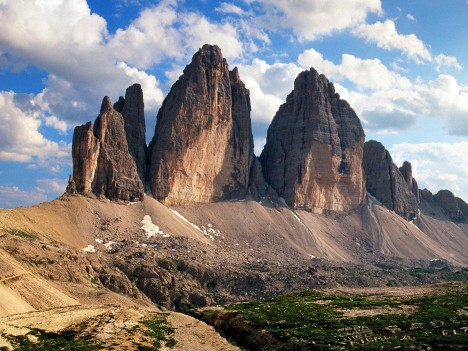