The Ritten Earth Pillars are simply amazing and absolutely different! Have you ever heard the term ‘Earth Pillars’? Well, earth pillars are the earthy matter left behind after the erosion of the neighboring ground due to some reason.

No doubt, the natural structure left behind looks absolutely amazing and different. If you want to witness one such beauty of nature then the Ritten Earth Pillars in Italy is a fine example of it. 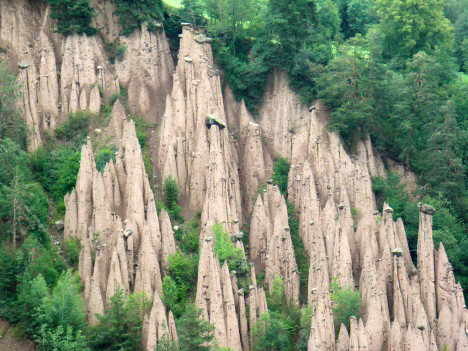 Located on the outskirts of the small village of Ritten, which in turn is situated in the South Tyrol area of Italy, the Ritten earth pillars are one of most amazing hot spots for the tourists in Italy.

The pillars were formed about 10,000 years ago. And in the present time, it has turned out to be an iconic structure for the Ritten village. 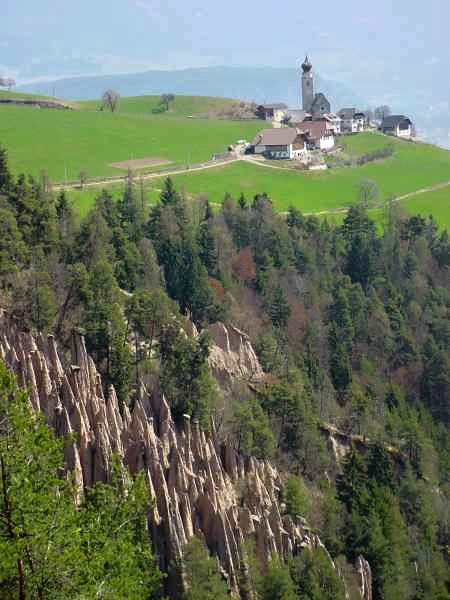 Talking about the numbers, there is more or less 150 pillars in the group. These natural pillars look more like narrow pyramids, and they were put up in the course of thousands of years of erosions; to be specific, glacial erosion.

On the top of every pillar, you can figure out huge rocks and they are the reason why the earth pillars first began to form. With the passage of time, more of the earth was washed away from beneath the rocks, which resulted in the formation of pillars. 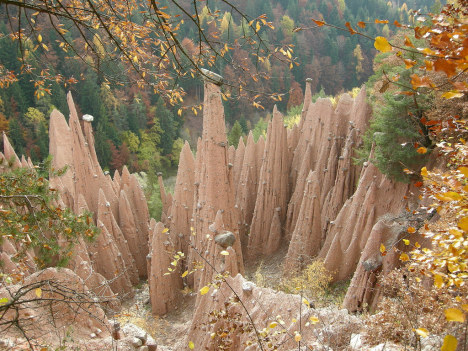 It is interesting to note that some of the pillars are over 40 meters in height. This is the reason why people come to see these astounding structures of the nature.

Do the pillars remain forever?

Well, unfortunately not. In the long run, as the soil around the earth pillar starts to wear down to an extent when the weight of the huge rock becomes too much then the structure finally collapses. It cannot be ruled out that there could be a number of reasons behind the erosion of soil in the case of earth pillars.

However, the earth pillars at Ritten were caused due to the melting glaciers. More than 10,000 years ago, the valley Ritten used to be covered with glaciers. And, it was after the ice age when the glaciers started melting, thus giving rise to the formation of earth pillars in the region. 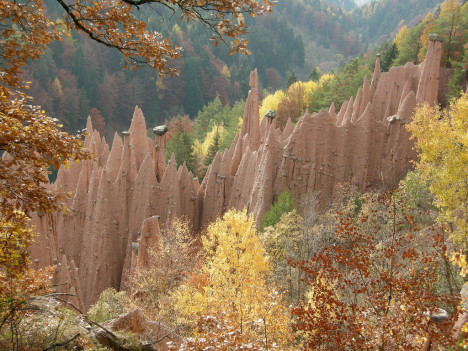 In the present time, the Ritten Earth Pillars are quite popular and a must visit natural attraction in the entire Europe. However, you can also come across some similar sites all through the Alps.

People believe that there is something quite mystifying about these clay pillars in Ritten. And, their belief stems from the fact that some of the clay pillars have huge rocks on the top of them, which weigh more than a few tons, still the structures do not collapse easily. 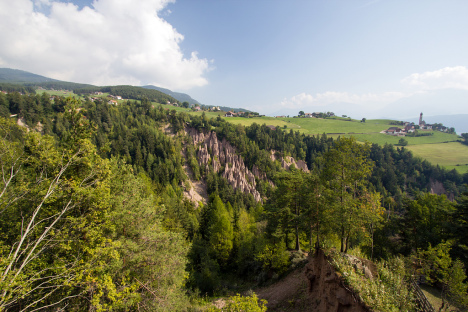 This aspect of the Ritten Earth Pillars has pulled the attention of numerous tourists from different parts of the world. So, why not check it out someday!