It is also the location of an impressive eight UNESCO World Heritage sites, named simply as Early Christian Monuments of Ravenna. Ravenna has a number of museums, cultural events, galleries and it even serves as the final resting place of the legendary poet Dante Alighieri. 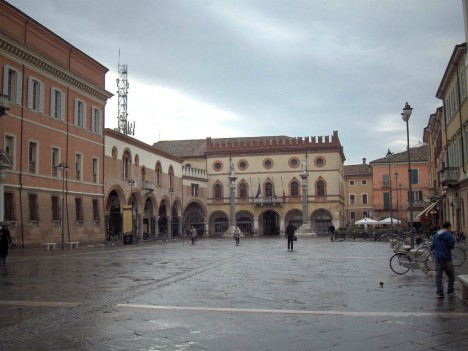 At one time the city was part of a lagoon, but the canals were covered and a central square, the Piazza del Popolo was created during the rule of Venice in the 15th century.

If you are here you should absolutely visit the heritage sites scattered around town, as they will offer great opportunities to explore the local culture and history:

Mausoleo di Galla Placidia serves as the final resting place of Aelia Galla Placidia, daughter of Emperor Theodosius I. She was a consort to two other rulers, the Goth king Ataulf and the short-lived Emperor Constantius III.

Today her mausoleum is known for its incredible mosaics, possibly the best-preserved ones in the world and according to UNESCO one of the most perfect ones as well. 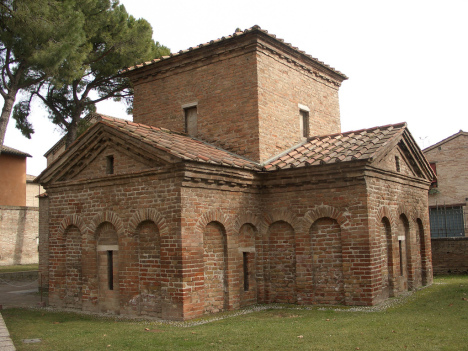 Battistero degli Ortodossi, also known as Battistero Neoniano, is a religious building originating from the end of the 4th century or beginning of the 5th century by Bishop Ursus.

It was originally a part of a great Basilica which was unfortunately destroyed in 1734.

The Baptistry is an octagonal building considered to be the most perfect example of early baptistry that survives until this very day. It is an ancient monument to times gone but not forgotten. 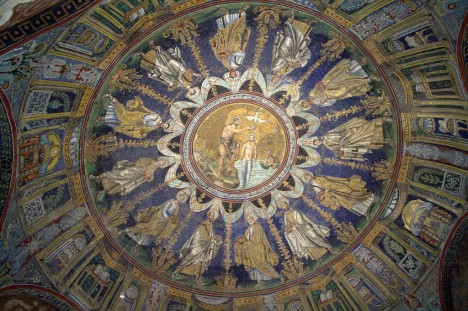 Battistero degli Ariani is a monument from the Arian cult which was the religion of the Court of Theodora, the wife of the Roman Emperor Justinian I.

The mosaic on the dome depicts the baptism of Christ accompanied by the 12 apostles. 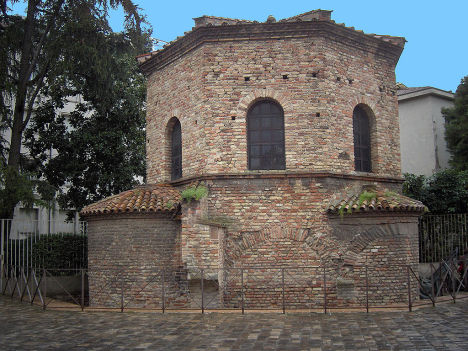 Basilica di Sant’Apollinare Nuovo is an ancient church of the Palatine, beautifully decorated with gorgeous mosaics which depict early Christian and Arian beliefs. 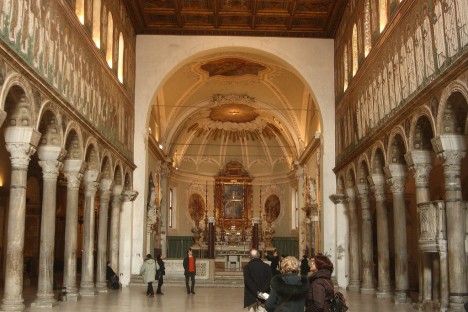 A 6th century octagonal Basilica di San Vitale has mosaics depicting Emperor Justinian I and his wife Theodora and their court, the rulers of the Byzantine Empire. 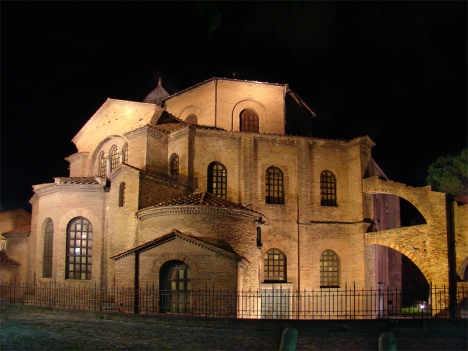 A gorgeous Cappella Arcivescovile is a chapel with amazing mosaics depicting Christ, flowers and a truly staggering number of birds of many different species. 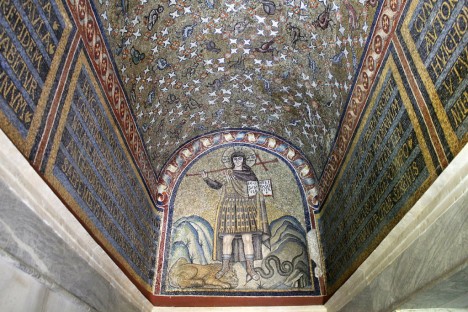 Mausoleo di Teodorico is the final resting place of Theodoric the Great, king of the Ostrogoths. Made of Istrian limestone it is a beautiful structure in the popular octagonal shape. 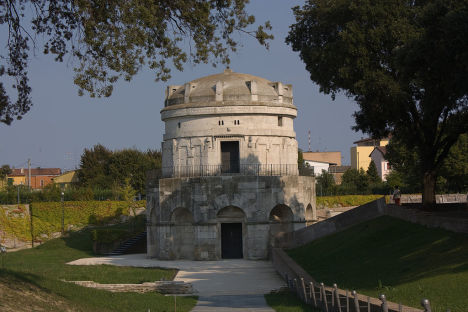 8. Basilica of Sant’Appolinare in Classe

Basilica of Sant’Appolinare in Classe can be found right outside of the city of Ravenna, on the site of the ancient Roman seaport of Classe.

It holds the remains of many archbishops who were interred here throughout the centuries. 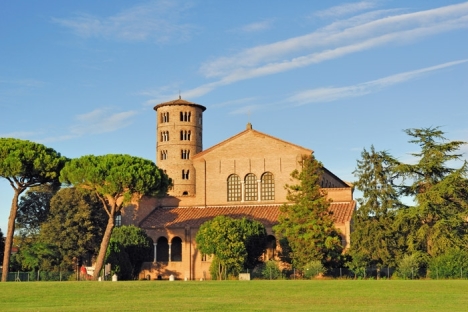 Dante Alighieri is an author well-known across the world, a man of legendary status. This museum holds many things concerning his life and his remains buried here in 1789 when his tomb was built.

This is not his birthplace and his body rests here since he was banished from Florence because of his work on the Divine Comedy. 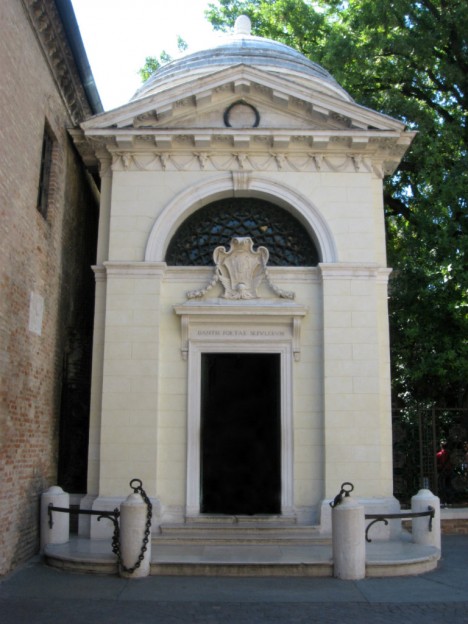