If you wish to visit something truly unique and mystic in Sicily, Tindari is the right destination to choose. Nestled at 60 km from Messina, the coastal village of Tindari resides above the Tyrrhenian Sea and provides one with some great views of Cape of Milazzo and Gulf of Patti.

Of the two, the cape is a great strategic position to control the aquatic surface between Messina and Aeolian Islands during the pirate attack. 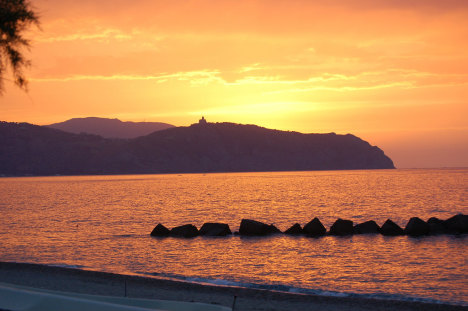 Tindari seen on the hill during the sunset, Sicily by andrea.pacelli

The village is an ideal place with something on offer for everyone. While the spiritual tourists revere Black Madonna in September fair, the history fans get to learn about one of the most marvelous archaeological sites of classical times in Sicily.

For the rest, the shimmering golden beaches are just enough to unwind. Here are the top attractions in Tindari. 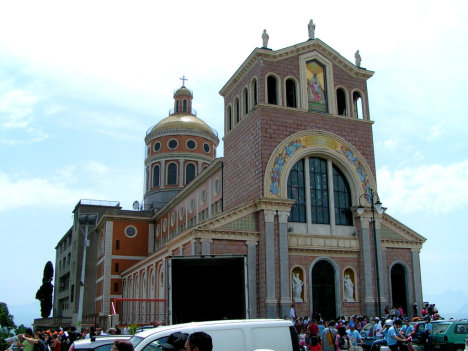 Sanctuary of Tindari is definitely the biggest attraction here, a holy shrine dedicated to Black Madonna or Madonna Nera.

Designed during the 1960s, the sanctuary sits high on a hilltop and looks over the Tyrrhenian Sea due to which it is visible from several miles. 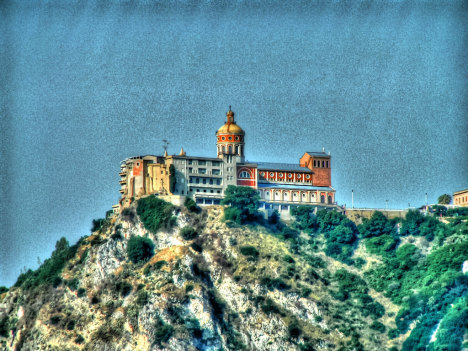 The easiest way to reach here is through the scenic way of autostrada cutting via the mountains linking the Ionian and Tyrrhenian shores. You can either catch a bus or choose to hike from the bottom of the hill holding the sanctuary.

The gleaming edifice houses a basilica that is split into three aisles. Within a soaring dome-topped structure, the apostles are shown in the stained-glass windows. 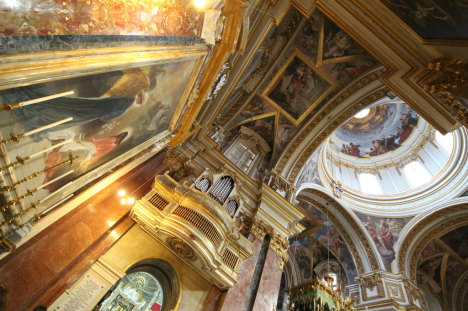 Interior of Sanctuary of Tindari by Claudia Ledda

The walls are adorned with mosaics, while the holy wooden statue of Virgin Mary with a child is behind the main altar, which only reflect Byzantine features.

This statue is known to arrive at the shore mysteriously and that it is associated with several miracles. From the square, the panorama is that of the Aeolian Islands. 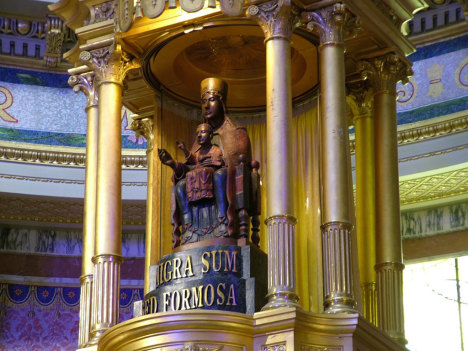 Black Madonna of Tindari by Clemensfranz

Accessible via a two-minute stroll from the shrine is the archaeological site founded by Greeks in 396 B.C. The area covered is the hill’s southern part that is well protected by the intact Greek walls.

However, most ruins are on the north-west side facing the sea. Here, you will find Roman baths and homes with beautiful floor mosaics and creative radiator heating systems. 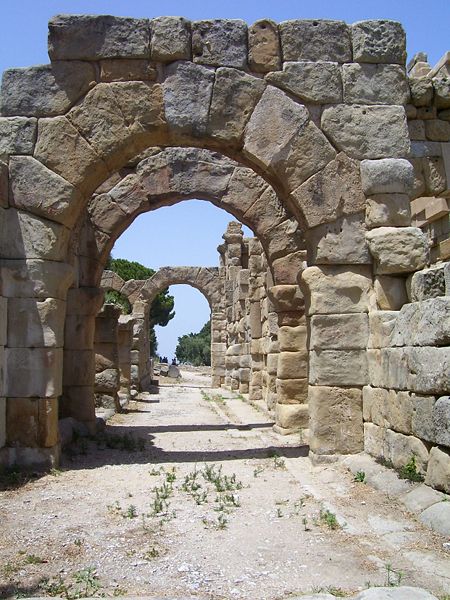 More a bit further and you can explore a basilica reflecting fine Graeco-Roman architecture from arches and the intact theatre of 4th century B.C. If you come here during summer, it is exciting to be a spectator of theatrical events such as Greek plays.

A small museum resides to preserve the finds of the site, which includes a giant stone head of Emperor Augustus and a theater stage model. 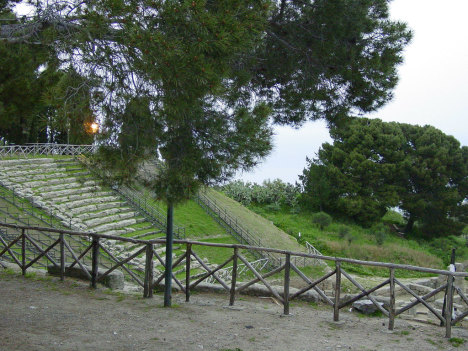 The Tongue of Sand

Below the sanctuary is the bizarre sandbank of 1.5 km extending into the sea and resisting the harsh Tyrrhenian raids. 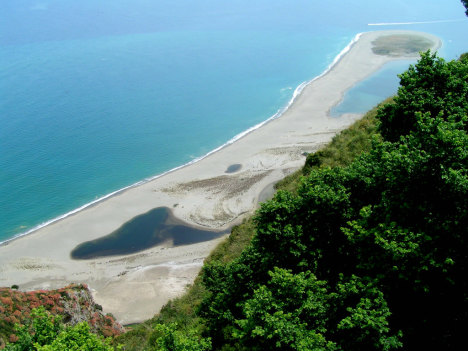 Tongue of sand, Oliveri by Julius for Travel vi Italy

It is said that the Black Madonna created this bank to cushion the fall of a pilgrim who made some uncomplimentary remarks about the statue. 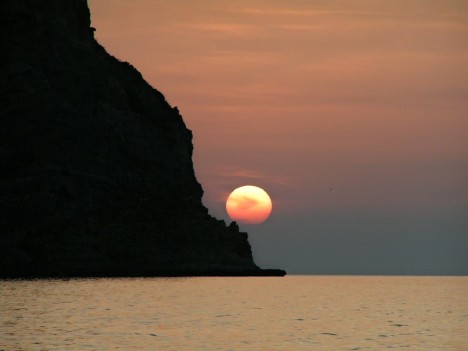 Appearing as a tongue, the bank of sand is 4 m above the sea level at its highest point. Many lakes and lagoons dot the surface and house an assortment of flora and fauna. 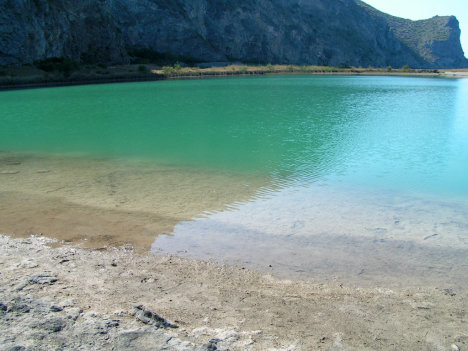 Lagoon at the tongue of sand, Oliveri by Julius for Travel via Italy