In the heart of the Italian Dolomites, north of the vast vineyards and orchards of Bolzano and Merano, you can find agriculturally fertile valley of Val di Funes, also called Villnösser Tal. This valley surrounded by massive stone towers is proudly ranked among the most beautiful places in the Dolomites, and also boasts the entry on the UNESCO World Heritage List.

Val di Funes, located in South Tyrol (Alto Adige) is really a beautiful area. Everyone who enters its gate will be amazed by picturesque views of endless lush mountain meadows, herds of cows, dense forests and nice churches. And that’s all is even more enhanced by wonderful background, the great massif Gruppo delle Odle (known also as Geislergruppe or Geislerspitzen). 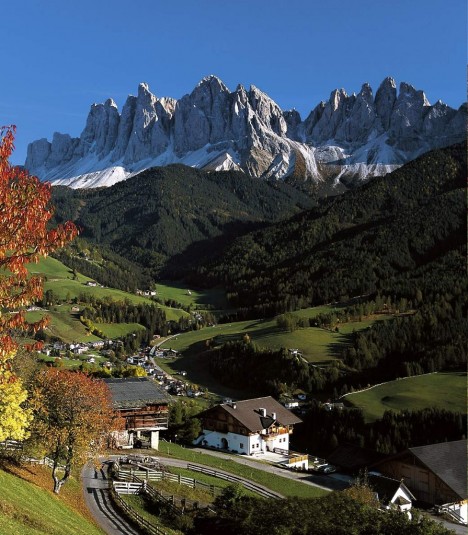 A place of the best climbers

Val di Funes is ideal for those who love nature, romance, sports of any kind including extreme sports, such as mountaineering. Right from this valley comes one of the most famous climbers, Reinhold Messner, who climbed all 14 eight-thousanders.

He is also the world’s first mountaineer to climb Mount Everest without oxygen and at the same time also the first to make a complete solo climb without ropes. It was right here in Val di Funes where Mr Messner felt in love with mountains and made his first steps in climbing. 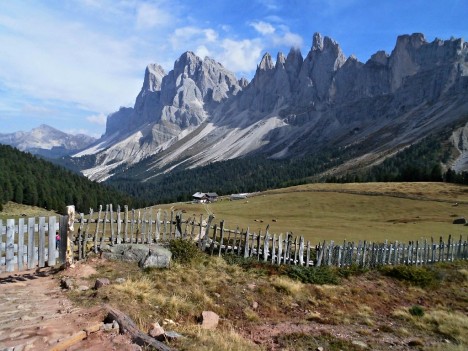 Val di Funes has something for everyone

The mountains will delight all passionate hikers, who can choose any of the countless hiking trails from easier ones to those more difficult. There is even a climbing park waiting for demanding climbers.

One of the most popular tourist trails is none other than Adolf-Munkel-Weg leading directly beneath the imposing mountain Geisler. The easy route offers spectacular views and takes about 5 hours with the elevation of 300 meters.

For families with children there are undemanding walks to local pastures, which are in the spring and summer covered with an incredible amount of colorful flowers and fragrant herbs.

You can also take children to the rope park Villnöss with suspension bridges, beams, cableway and many other attractions. Val di Funes is also ideal for the fans of Nordic Walking, who will find approx. 100 kilometers of special routes. 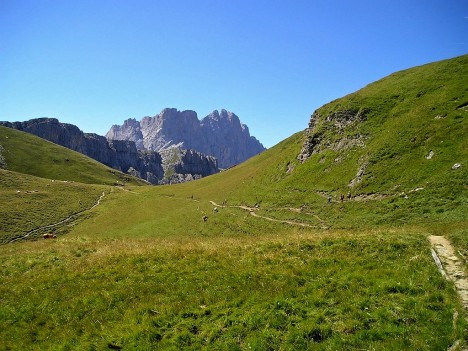 Val di Funes is certainly interesting for enthusiastic geologists who can learn something about the local landscape in the Mineralogical Museum of Tiso, or in Teiser Kugeln cave.

For those of you who would like to learn something about the history of the Dolomites there is an information center of the natural park Puez-Geisler / Puez-Odle, where you can also view the geological development of the whole planet Earth.

The forest here is a mushroom paradise, but beware! Mushroom hunting is prohibited almost everywhere in the Dolomites and penalties are quite high! 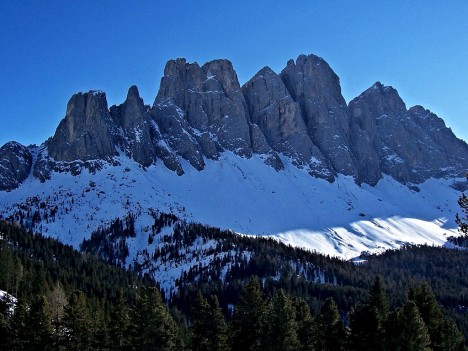 Exploring the history and traditions

You can also stroll through the traditional upland farms and homesteads, where you can learn about local traditions and customs as well as enjoy beautiful panoramic views of the surroundings.

Well preserved are still ancient trails of ancient farmers. When you visit Val di Funes in the fall, do not miss the annual South Tyrolean bacon festival, which takes place in the village of Santa Maddalena lying at the foot of the mountain massif Geissler.

This village is a unique collection of folk architecture. Here you will find well-preserved old school, church, 17th century farm and many farmsteads. Almost every farm has something prepared for passers-by, tourists and pilgrims.

Whether it’s bread with bacon and milk, or some of the local culinary specialties, one thing is certain, you will definitely not be starving. You can also take a look into local barns, stables, or even ride a mountain horse.

What you should not miss?

Very attractive and very photogenic building is the baroque church of San Giovanni in Ranui, located at an altitude of 1265 meters at the foot of Sass Rigais mountain (3025 m). The church from 1744 was built in the middle of meadows and today it is one of the busiest and most romantic sights in the Dolomites. 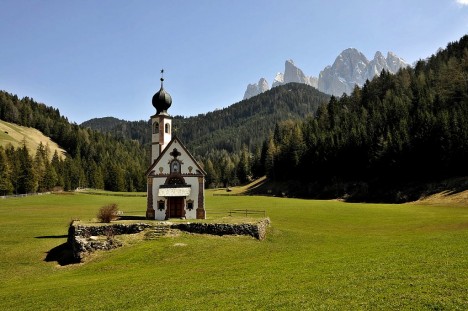 The interior of the church hides a magnificent marble altar with two wooden sculptures and Baroque paintings, which are highly prized.

The church is closed to the public but you can ask for a key in a nearby farmhouse Ranuihof which manages this church.

Very pleasant can be a stop in the village of San Pietro, which is considered the administrative center of the Val di Funes. The village consists of several houses, which are built around the chapel of St. Michael.

There is also the parish church of Saint Petrus and Paulus from 1801, next to which rises another 65 meters high bell tower topped with onion-shaped domes. The church has a beautiful Baroque ornamentation, thanks to which, but also thanks to the unusual height of its bell tower, is often called the Cathedral of Val di Funes.