It can be said that Vicenza is a city of one man – Andrea Palladio (1508 – 1580), distinguished Renaissance architect who built here a large number of palaces and various buildings, including some interesting villas standing around Vicenza. Some of his works can be found in Venice and other places as well. 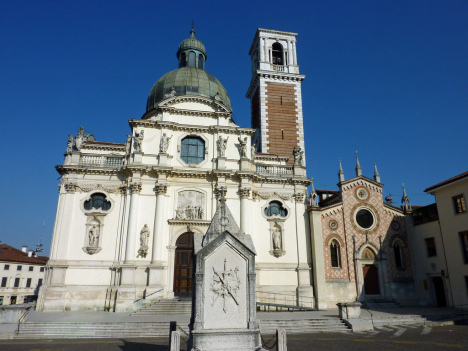 Photo licensed under the Creative Commons, created by Frank Kovalchek

Villa La Rotonda
If you would continue even further, you would find the most famous Palladio’s building – Villa La Rotonda (known also as Villa Almerico Capra). It is located just outside of the city and is unique for its four facades and dome on the top. If you have the option to visit it, definitely do not miss this jewel of Palladian villas. From the terraces around the house you can get a panoramic view of the country. 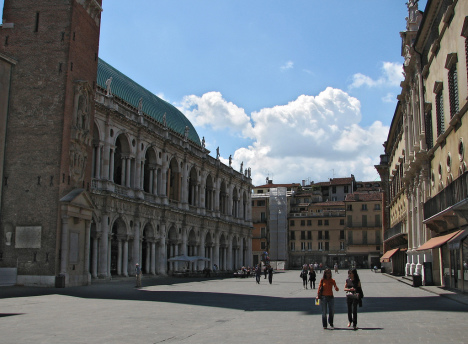 In the heart of the city you can find another famous Palladio’s work – Palazzo della Ragione, nicknamed the basilica. Previously served as City Hall, now it is one of the most popular places of photographs. From all sides it is surrounded by square which forms the center of the city. Around the square you can see other Palladian buildings. For example, the The palazzo del Capitaniato from 1571.

Teatro Olimpico (also from Andrea Palladio) is the oldest surviving enclosed theatre in the world. Palladio has not managed to finish it, so it was finished later by his disciple Vincenzo Scamozzi. 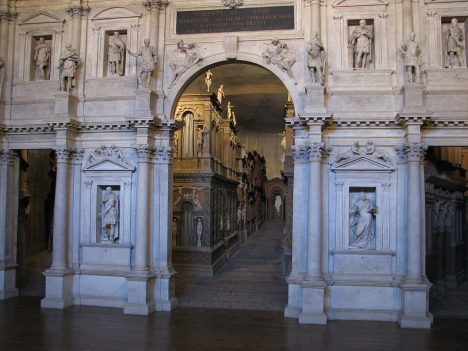 Palladio built in his hometown much more buildings, especially palaces, but it is possible to see here works of other authors as well. There are several interesting churches in the city, e.g. a large Gothic church of Santa Corona, where Palladio is buried. Church of San Lorenzo has a beautiful Gothic portal.

Across the River Retrone that flows through the city, span several nice bridges that are worth to walk over, as they provide beautiful views of the city.