Admire The Medieval Village Of Sorano And Re-Visit The Past

Even though Tuscany has a lot to offer with its magnificent views and unforgettable scenes to see right in its center, the truth is that the other parts of this region are severely underrated.

Far into the south of Tuscany, among lush vegetation, proudly standing on hills are some of the most ancient, exciting places which hold a lot of history. 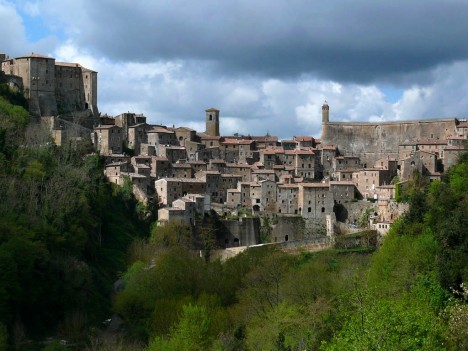 Sorano is located in the region better known as Maremma. It is one of three towns called as “Città del tufo” (cities of volcanic tufa) together with Pitigliano and Castell’Azzara.

A home to remains and facilities dates back to the medieval era of Rome. Even though it is mostly described as a hilltop town, Sorano is more of a smaller village, with not so many remarkable monuments to see.

This is not why you should visit it. A visit to Sorano means immersing yourself completely with the spirit of the medieval history. 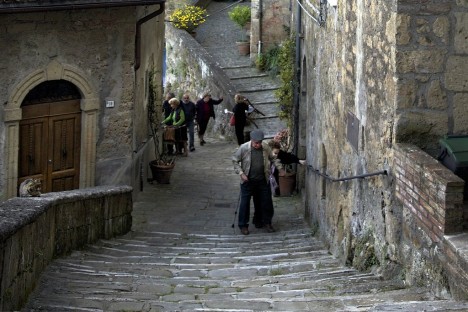 In terms of habitation, Sorano isn’t exactly crowded. In fact, it is somewhat desolate, with only a small number of the population inhabiting the ornate houses.

If you match your visit to Sorano by reaching it after visiting Pitigliano, you will be able to see it as you arrive from the south. The road to it is marked with ancient tombs and caves, which is a fascinating, and amazing scene to see. 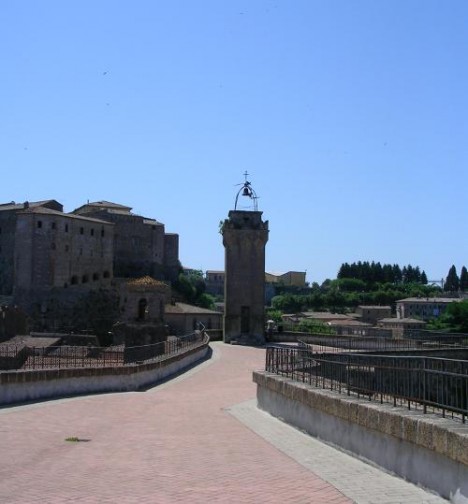 There is nothing modern about the way houses are built. There are no spaces between them, as they are all aligned in a straight, seemingly endless line, bound together by stone walls.

This is mostly due to the fact that, in its peak time, Sorano was actually a powerful village which held great militaristic purposes. 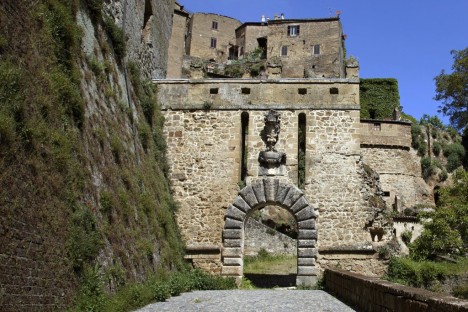 Its location on the hills allowed a better overview, and the famous fortress, the Fortezza Orsini, placed in the heart of the village, was of great value.

This captivating construction was built in the 14th century. The builders and the architect who created the Fortezza Orsini are unknown. However, this mighty fortress was restored by Nicolo Orsini IV, one of the Orsini counts, during the 16th century. 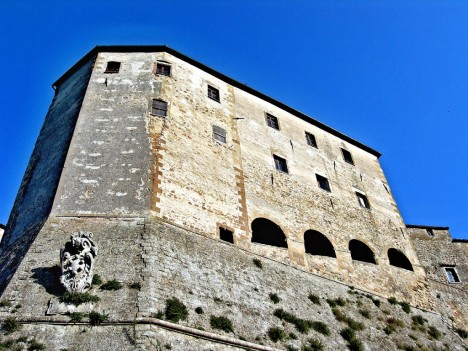 This massive fortress can be seen from a great distance. In addition to having a majestic view of the castle and the fort surrounding it, conveniently placed within the walls is the Hotel della Fortezza, a comfortable, rustic three star hotel, to cater to your accommodation needs. 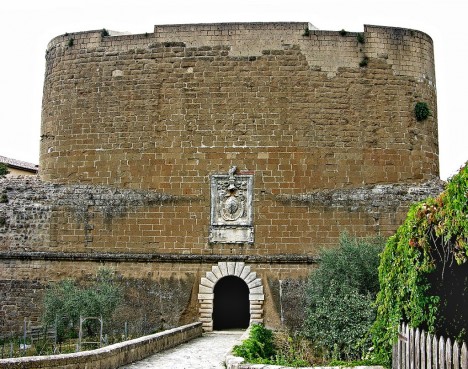 Entrance to Fortezza Orsini by Sidvics

Getting a tour of Sorano

A tour of the village would not take more than a half day, however it is good to see this amazing part of Tuscany during the sunrise as well as during the sunset. And you will realize that there is no reason to be in hurry anyway.

The village itself dates back to the Romans and Etruscan and you will find that the entire village is constructed in a system of stairways and mazes, which adds to the medieval feeling.

There are a couple of noteworthy objects for you to visit in the village itself. By passing through the Porta di Sopra, you will reach the area where the Cathedral is located. It was built during the 14th century, according to the baroque and neoclassic decorations on the façade. 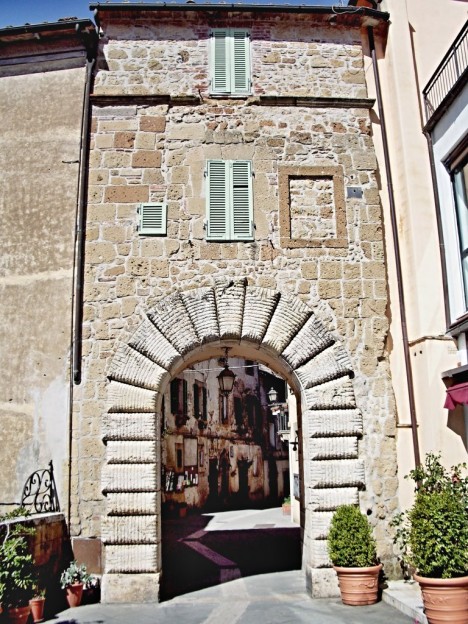 Right next to the Cathedral, you will be able to see the Palazzo Communale, which is where the Orsini counts resided before their real palace was made.

My location
Get Directions
If you are planning your next trip to Italy book hotels, flights, rental cars at best price guaranteed!
Leave a comment Tuscany