The beautiful Alcàntara River starts just outside of the town of Floresta, 1,300 meters above sea level and runs down to the city of Giardini Naxos where it can be found emptying into the Ionian Sea.

It is well known on the island of Sicily due to the fact that it is one of only a handful of streams that can be found on the island which has water all year long. 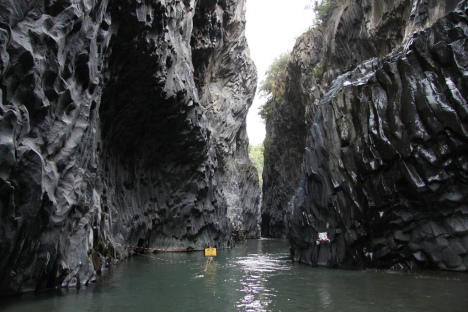 This is just one of the Most beautiful places in Sicily.

The river flows down the side of Mount Etna where it has been cutting away at the rock for millennia. As a result of this constant erosion, the picturesque Alcàntara Gorge was formed. 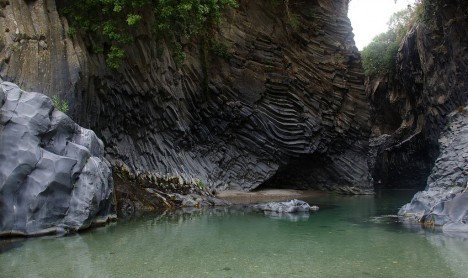 The depth of the gorge exceeds 65 meters in some parts with more than 50 meters of that above the level of the river. The crisp and pristine waters of the Alcàntara River stay cold throughout the year.

To get to the Alcàntara Gorge, you will need to visit the medieval town of Motta Camastra which sits upon the cliffs of the gorge. 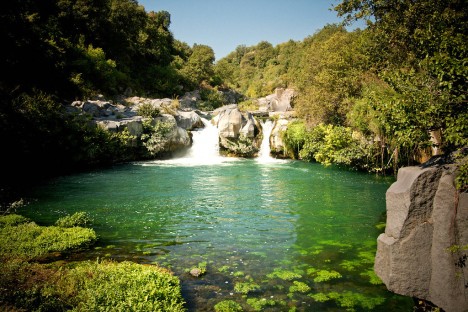 Countless people make their way to this historic and picturesque town every single year. It is worth the trip up the side of Mount Etna simply to visit the town itself; the gorge is simply an added bonus.

From Motta Camastra, you can hike down into the gorge where you can hike for kilometers along the banks of the river.

If you get too hot on the trail, you can always jump into the cool waters of the Alcàntara River to cool off before continuing on your trek through the canyon. 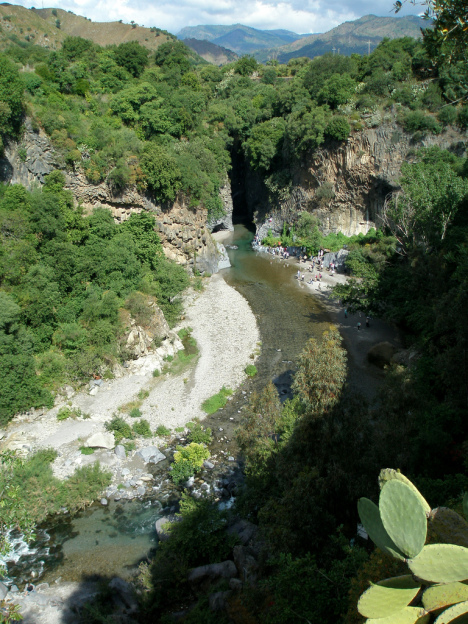 The Alcàntara Gorge lies within the valley that shares its name and it is here where more than 40,000 Spanish and Austrian troops fought in the 1719 Battle of Francavilla.

More than 8,000 people were either killed or wounded during the battle. While the Spanish may have won, their occupation of Sicily was short-lived.

There are many other popular canyons and gorges in Sicily that one can visit, but none are as awe-inspiring as the Alcàntara Gorge.

The only one that comes close is the Cavagrande Cassibile which is also a very popular destination on the island.

Countless visitors to Sicily make their way to the Cavagrande Cassibile and the Alcàntara Gorge annually.