In the western part of Italy you will find the Arcipelago Toscano National Park which includes not only the islands of the archipelago, but also the waters between them. The whole area is 746.63 square kilometres large and protects 56,776 hectares of the sea and 17,887 hectares of land.

The islands can be found situated in the Mediterranean Sea, between the Ligurian Sea to the north and the Tyrrhenian Sea in the south. 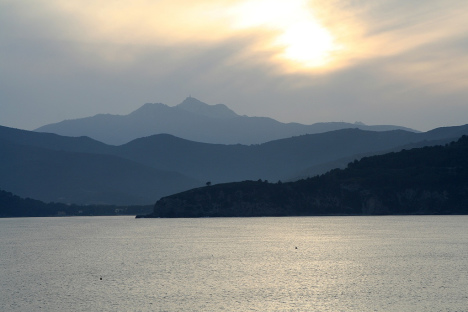 Mount Capanne on the island of Elba, Tuscan Archipelago, Italy by Roberto Ferrari

There are seven main islands in the Arcipelago Toscano which includes Elba, Isola del Giglio, Capraia, Pianosa, Gorgona, Montecristo as well as Giannutri. There are also a number of rock upcroppings and islets in the region. On the island of Elba is where you will find the highest point in the Arcipelago Toscano national park; Mount Capanne which stands at 1,019 meters above sea level.

The weather in the Arcipelago Toscano national park is usually quite enticing. During the summer months, the air is breezy and dry, and the winter months are usually quite mild. While it is possible to see snow fall, most of the snow in the area is found at the peak of Mount Capanne. 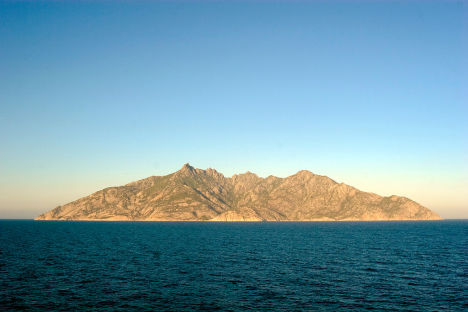 Elba Island is the largest in the archipelago whwhile the island of Giglio is the second largest. The smallest island in the Arcipelago Toscano is that of Gorgona which can be found in the northernmost parts of the park. It is also home to a penal colony so visiting Gorgona is usually not an option.

The biggest attractions in the area are the warm sunny beaches that are bathed in the Mediterranean climate and the many square kilometres of sea floor that is just waiting to be discovered. Every year countless people make their way to the beaches of the Arcipelago Toscano national park where they can get some peace and relaxation far from the hustle and bustle of urbanized living.