Ardea is a small ancient town with about 35 000 inhabitants. It lies 35 km south of Rome, in Lazio region, approximately 4 km from the Mediterranean coast. It is mainly an agricultural town, that just recently began to develop also the industry.

Ardea already existed in Roman times, it was a town situated on the important consular road Via Ardeatina leading from Rome to the south, after which it is named. As the city was not fighting on the proper side during the Punic Wars, it was conquered and lost its autonomy after the victory of Rome. 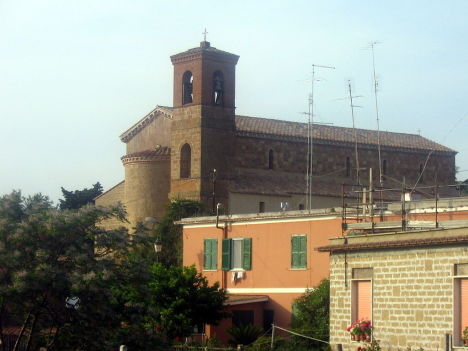 The city’s importance then gradually declined through 9th century. In 1118 it was a home to Pope Gelasius II. Between 1816 – 1970 was not an independent city, but fell under Genzano.

Sights that you can see here are mainly the remains of an ancient town with the remains of defensive walls of 7th century BC, several excavated temples, basilicas and ancient forum.

From the surviving monuments you can see for example the church of Santa Marina from 1191, the Romanesque church of St. Peter the Apostle of 12th century, which is the part of the original guard tower that once served to defend against the Saracens, today it is a bell tower.

The interior is decorated with frescoes from the 15th century and wooden crucifix from the 16th century. You can visit the garden named Giardini della Landriana from the British landscape architect and garden designer Russel Page.

But that’s still not everything that you should expect from Ardea. The town itself has no coastline, but some of its parts lie at the sea and provide fine sandy beaches and beautiful crystal clear sea. The destination offers numerous accommodation options in various types.