Located just outside of Valbondione, a small village in the northern part of Italy only 100 kilometres from Milan, you will find the tallest waterfall in the whole of Italy, known as Cascate del Serio (followed by Cascata delle Marmore and Cascata dell’Aniene).

Composed of three main portions, the Cascate del Serio is more than 315 meters in height. The uppermost section of the falls is 166 meters tall, followed by a 74 meter section and finally 75 meters for the final descent.

The Cascate del Serio is fed by the Serio River whose source can be found in the Bergamo Alps. As a result of the construction of the nearby Barbellino Dam, the falls were closed down between 1931 and 1969.

The newly formed reservoir, Lago di Barbellino, was created to feed the hydroelectric and as such, the falls were only opened on a rare occasion; no more than four or five days every year. 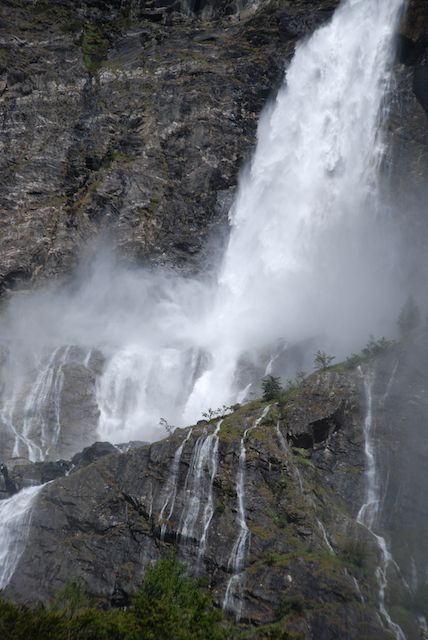 Today, it’s only possible to see the Cascate del Serio on one day per month, between the months of June and October. The falls are usually only open for thirty minutes each of the five days every year.

As such, any visitors who plan on checking out the Cascate del Serio will need to plan ahead of time to ensure that they can make it to Valbondione on the days and times that the falls are turned on. 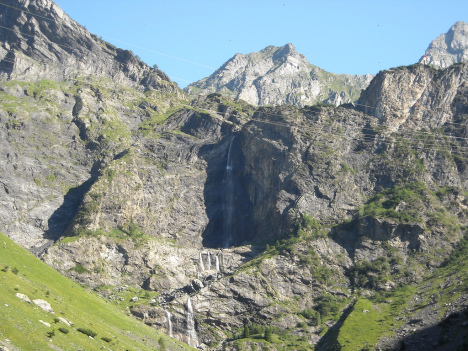 There is also a legend associated with the Cascate del Serio. While not as enchanting today as it once was, the legend goes on to talk of a lady who had fallen in love with a shepherd who was already engaged to be married.

So jealous was this lady that she captured the shepherd’s fiancé and locked her away in a castle above the falls. The captured girl’s tears were transformed into the falls which cascaded down the side of the cliff.