Ferrara is an inland city in the Emilia-Romagna region and the capital of the eponymous province. The city lies on the River Po (or better said close to its main channel). The sea is just about 50 kilometers away of the city. Ferrara is a beautiful historic town, which was inscribed on the UNESCO World Heritage List. It is home to about 135,000 inhabitants and covers an area of 404 square kilometres.

The city has a beautiful historical centre, dominated by the romantic and yet impregnable castle Castello Estense, which is surrounded by a moat filled with water. Ferrara’s historic core is not so large but it can actually take the whole day if you wish to see everything. 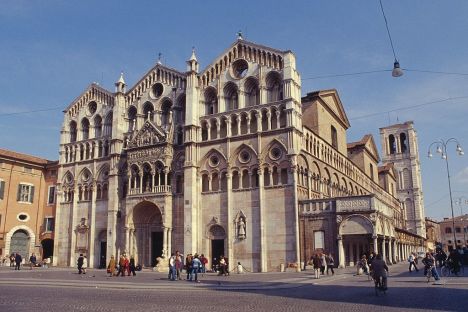 In the past the city was home to many famous artists, such as architect Leon Battista Alberti, or painters Pisanello and Titian. Significant was also a local painting school “Officina Ferrarese”.

Most interesting part of the city is definitely its small historic town center, which has a Renaissance spirit. By walking through the streets you can enjoy tranquility without the crowds of tourists. There are so many sights and monuments that one day is often not enough to see all of them. City centre is situated around the cathedral, the palace and the market. 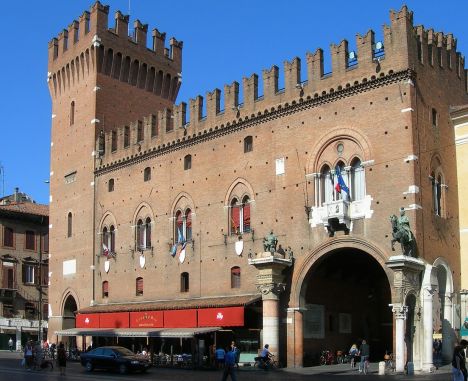 Not far to the north is a monumental brick fortress Castello Estense, which construction started in 1385. The fort today boasts towers, moats, drawbridges and high walls. In the past it served as the main seat of the Este family (the main family who in fact built the whole city of Ferrara), but its monumental medieval interior was also inhabited by writers and artists belonging to the so-called Ferrara’s school.

Tourists can explore the prison located in the basement, but also frescoes depicting the life at court. Some parts of the castle are open to the public, but otherwise the building serves as the seat of municipal authorities. 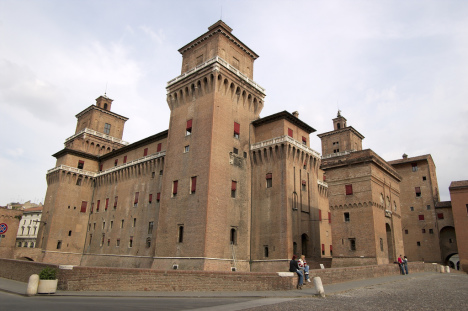 Close to the fort is Duomo, which boasts a beautiful facade. The interior is not as attractive as a result of insensitive changes that were made in the 18th century. The most valuable works are now stored in the cathedral museum Museo della Cattedrale together with collections of tapestries, with illustrated manuscripts, Romanesque reliefs and painted organ plates. There is also “Madonna” made in 1408 by sculptor from Sienna Jacopo della Quercia.

Very interesting is also the northern edge of Ferrara, which is absolutely different from the city itself. This section is called Addizione Erculea and it is a planned extension of the city, made by Ercole I d’Este, Duke of Ferrara in 1492. His aim was to make this area a tasteful Renaissance district and the result was really successful.

It is aligned around the main street Corso Ercole I d’Este. The dominant structure of this district is a beautiful Renaissance palace Palazzo dei Diamanti, which got its name after the decoration of the facade – marble blocks carved to represent diamonds. The palace now houses the national gallery Pinacoteca Nazionale, where are concentrated painters from Ferrara’s school. Palazzo dei Diamanti is one of the most famous palaces in Italy. 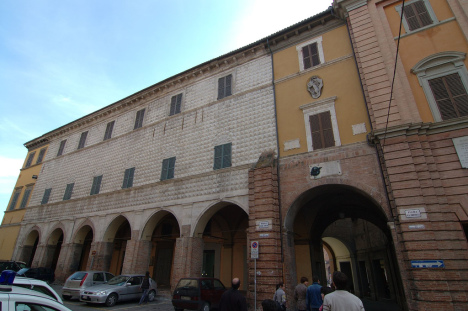 The city has several other palaces, which are the real gems as well. These include Palazzo Schifanoia standing in the south-western corner of the city, originally the summer residence of the family d’Este. Its name could be translated as “escape from boredom” and became famous mainly due to the stucco decoration in the hall Sala dei Stucchi from 1470. In the Salone dei Mesi (Hall of the Months) you can find allegorical paintings depicting the months of the year. Other palaces worth mentioning are medieval Palazzo del Comune decorated with a number of statues and Palazzo Paradiso, which now houses the university library. 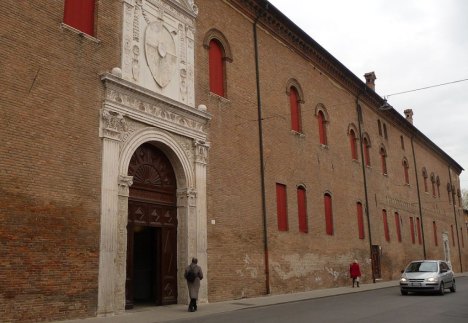 In the south of Ferrara, you can explore the magnificent, though unfinished Palazzo Ludovico il Moro from 15th century, also known as Palazzo Costabili. It houses the museum Museo Archeologico Nazionale di Spina, showing findings from the area of originally Greek-Etruscan harbor of Spina at the mouth of the Po river.

Nearby there is a church belonging to the convent of Sant’Antonio in Polesine. Its chapel is decorated with frescoes originating from the early Middle Ages. Interesting is also the Carthusian monastery of Certosa.

Piazza Ariostea is a main meeting point in the city. In the evenings you can attend some of the many social entertainments in local bars and restaurants.