February has become one of the favorite months in Italy. At this time, before the onset of Lent (this year from February 18, 2015 to April 4, 2015), is celebrated the traditional carnival festival across the country, which begins preparation a month before the beginning of this major and popular events.

And the Italians are enjoying the festival every year with half a million fantastic magical atmosphere of a medieval feast. However there are few more important festivals that are celebrated in February, especially in Sicily!

The main festival of Italian carnival traditionally takes place in one of the most amazing cities in the world – in Venice.

However, the most popular festival takes place not only in the beautiful Venice, but in all the large cities and small villages of the country that open their streets and squares for costume ideas and fun. However, in each part of Italy Carnival festival is celebrated in different ways. 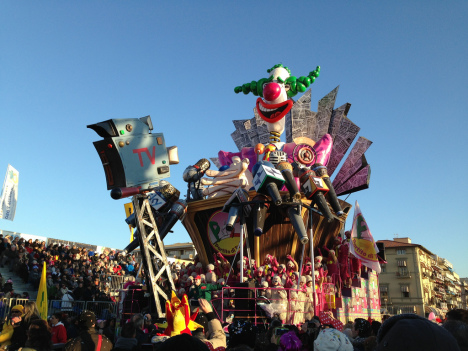 Carnival in Italy by Visit Tuscany

Another important holiday festival in Italy in February is the day of Saint Agatha, which is celebrated in Catania, Sicily.

St. Agatha is the patroness of the city of Catania and honors her memory as three days of celebrations in early February. It is one of the most important religious festivals celebrated in Sicily.

On February 3rd this festival opens in the Sicily with a showy procession during which city officials sneaked the Holy Book from the Church through the streets of Catania to Cathedral. 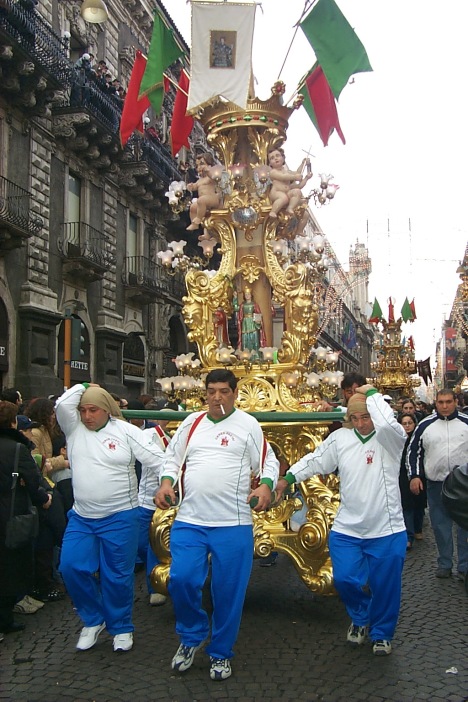 First day of the festive night the statue of St. Agatha appears with jewelry before the townspeople and guests of the festival carry her out of the church on the silver wagon.

February 4 is the dawn mass day.

February 5 is the most touching day. There is a religious procession from archbishop’s palace to cathedral.

On this day, after the procession of St. Agatha the national troop singing and passes on the main historical sites of Catania, and in the evening return the statue of St. Agatha back to the Church. 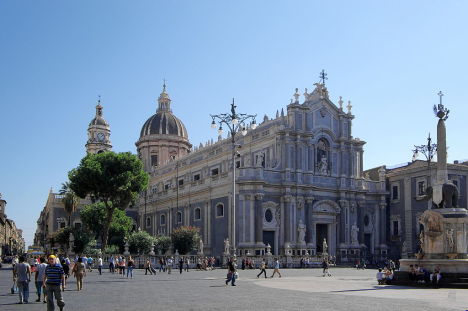 The annual celebration of Italy, got a beautiful name “Almond Blossom Festival“. It is held annually on February and marks the beginning of spring.

The festival starts in the Valley of the Temples, where locals solemnly lit the torch of friendship, and then tested with the lights of Concordia temple across the valley.

Festive processions of people in the beautiful national costumes held until the last day of the festival. On this day, the owners of the best costumes are awarded valuable prizes. Special award celebrated for the best dance. 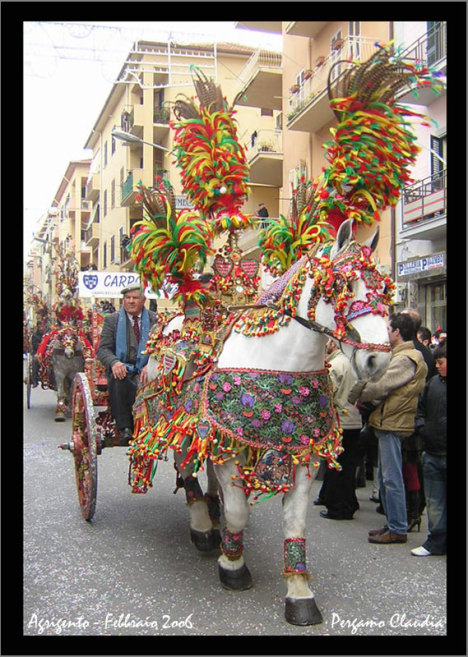 Along with this, for all days of the festival various cultural activities are: puppet shows, parades, live performances – they all meet the highest level of folklore performances.

In addition, throughout the streets these days are sold a variety of delicacies and sweets, the main highlight of which is the originator of the holiday almonds.