The island of Lipari is covered with a rich and colorful history that dates back to the Neolithic Era. Located within the Aeolian Islands, Lipari is one of the more popular destinations of the seven major islands in the archipelago. There are many fine hotels, restaurants and beaches that can be found across the island.

There are also a number of popular dive sites located just off shore of Lipari that has attracted some of the world’s most famous underwater explorers over the years. 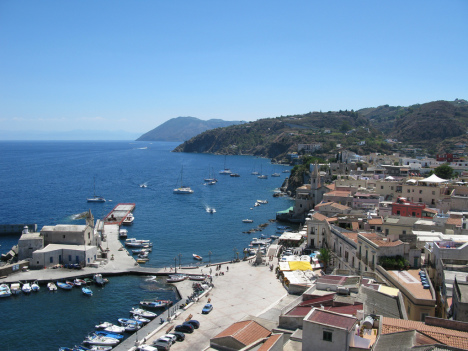 The earliest known settlement of Lipari dates back to the Neolithic Era. A settlement had been discovered near the present-day castle and was excavated. Many of the artefacts that were uncovered are now housed in the Palazzo Vescovile as part of the Museo Archeologico Eoliano Collection. There are a number of Roman artefacts that were also found at the site and have been included in the collection.

The Palazzo Vescovile houses also lots of artefacts that have been uncovered outside of Lipari, from all over the archipelago. There are a number of important collections which can be seen in the palace that cover the entire history of the islands. The oldest collection in the palace dates back to the 11th century B.C. which includes items uncovered from a number of burial sites discovered around the island group.

The largest structure on Lipari is that of the island’s castle which was built to protect the inhabitants from pirate raids. It stood fully intact until the 16th century when Barbarossa raided the castle and the island. The castle that stands today was rebuilt by the Spanish soon after the Barbarossa raids. Where a church had once stood in the center of the castle, you will find the Cattedrale di San Bartolomeo. 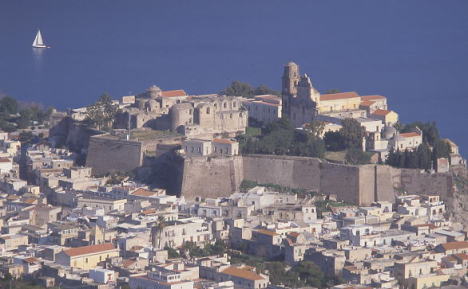 There are many dive spots located off the coast of Lipari. Some locations go as deep as forty-five meters down. There are also a number of dive shops which sell and rent out diving gear to those wishing to see the Aeolian Islands marine life.

In the southern part of the island, you will find a seismic observatory as well as several pumice quarries. The nearby island of Vulcano can be seen from the top of Quattrocchi. A bus can take you there, but renting a scooter to get around the island is always easier. You will even find a thermal bath at Quattrocchi which has been known since the days of the Roman Empire.

There are countless hotels and restaurants that can be found on Lipari. You will also find several pizzerias in the main town as well as a Filipino restaurant near the Piazza Municipio. You will find that there are many locations that offer live music well into the evenings. As a result, Lipari has a very nice night life too.