With 50 places, Italy shares almost 5% of all the sites present on the UNESCO World Heritage list, which is more than any other country. These sites are truly a mark of cultural and geographic prosperity of the nation. In case you are a great fan of the country, you are bound to spend months in exploring them one by one.

Italy became the UNESCO member in 1948 after which the first site called Rock Drawings in Valcamonica was inscribed as World Heritage in 1979, while Mount Etna was recently included in 2013. 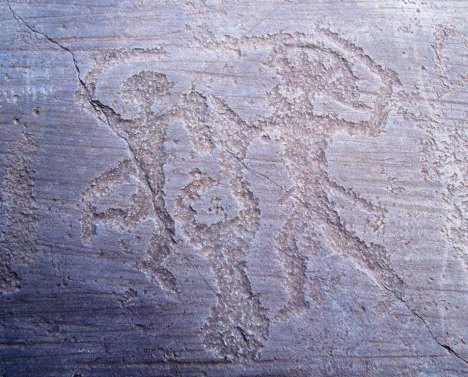 Rock Drawings in Valcamonica, the first site in Italy inscribed as World Heritage in 1979 / Photo by Luca Giarelli

The historical hubs of Siena, Florence, Rome, and Naples are already on the List. Well, this is more likely to attract the historic, cultural, and artistic fans. For those who adore naturally amazing sites of Italy, UNESCO has honored a few most prominent natural wonders as well. Here are those sites to cherish!

Nestled off the northern shore of Sicily, the Aeolian Islands are an excellent testimony of volcanic island-formation and demolition along with the active volcanic spectacles. They have offered the science of vulcanology with instances of two eruption types namely, Vulcanian and Strombolian. As a result, they have been the focus of several studies by geologists since over 250 years.

Another interesting feature of this archipelago is the presence of threatened and migrant species of continental Europe reaching the southern limit of their distribution. The area also boasts archaeological significance with the artifacts found even of the Neolithic age. Several things showing prehistoric and ancient Mediterranean history are also well preserved. 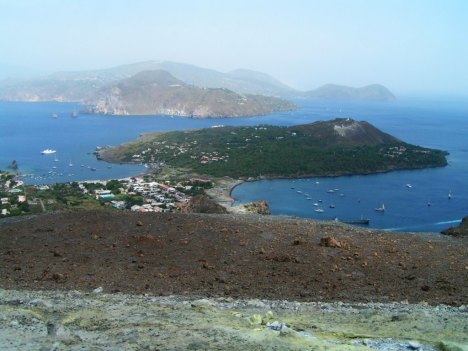 Aeolian Islands, Sicily by Julius for Travel via Italy

Located south of Lake Lugano, Monte San Giorgio in Ticino Canton is a distinct wooded mountain appearing as a pyramid, which was once in Switzerland. The site is unique in the world because it is the hub of internationally significant fossil remains of marine life belonging to the Triassic period thriving before 230 million years from now. The mountain is within the region that is labeled as a Landscape Protection Zone as per the Swiss law.

The Mid Triassic sequence encompasses dolomites, reef limestones, and bituminous shales shaped naturally in marine conditions. The presence of five unique fossil formations including the Cassina Beds and Grenzbitumenzone trigger passionate interest in geologists to explore the area. The sequence is an evidence of life in a tropical lagoon partially separated by offshore reef from the sea. 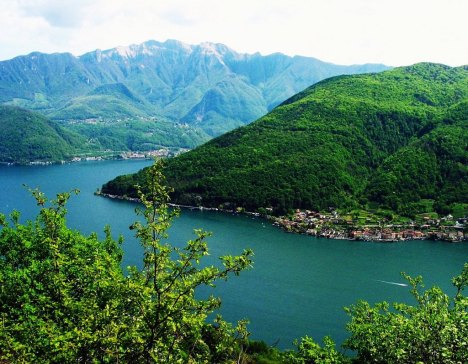 These beautiful mountain landscapes, known as The Dolomites, comprise a northern Italian Alps range and over 15 peaks soaring above 3,000 m. Vertical walls, deep and long valleys, and sheer cliffs make up for a truly unique and amazing scene. 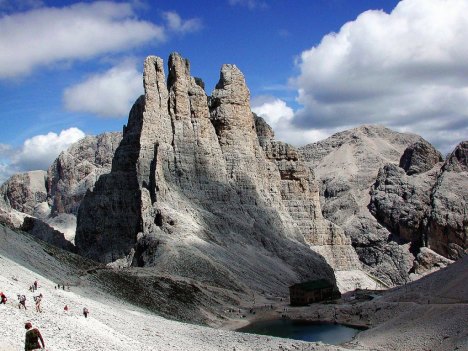 Mount Etna is among the most active and scenic volcanoes in the world. It is also an exceptional instance of active volcanic landforms as well as geological processes.

Nestled on eastern shore of Sicily, Etna is the highest island mountain in the Mediterranean apart from being the most active stratovolcano on Earth.
The ongoing eruptive activity drives studies in the fields of geophysics, volcanology, and terrestrial ecosystems. 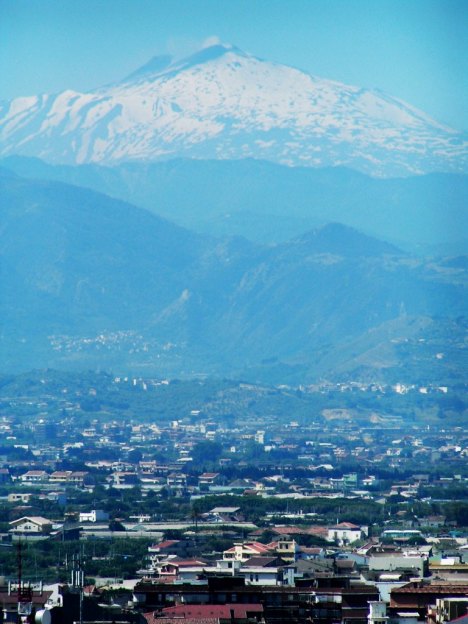 Snowy Mount Etna as seen from Milazzo, Sicily by Julius for Travel via Italy

Italy has submitted many more places to UNESCO for designating them as World Heritage Sites. Well, these are queued in the Tentative List, which are listed below.

The national park of the archipelago of seven islands (La Maddalena) is on the Bonifacio strait nestled between the Corsica and Sardinia islands. The archipelago and islands are on the way of a vital trans-Sahara migration route, which is now a breeding hub of marine birds.

Sightings of cetaceans in spring and autumn are common and that the area is the thriving home of more than 750 species. The Mediterranean limpet proves that the water is highly oxygenated and clear along the coasts.

The island of Asinara in the northwest of Sardinia is formed by mount agglomerations linked by a thin and flat coastal belt. The area is protected for its marine species, granolithic and micacistes formations of rock, and metamorphic rocks, of which anfiboliti erciniche as a rarely black rock being 950 million years old is the point of attraction. 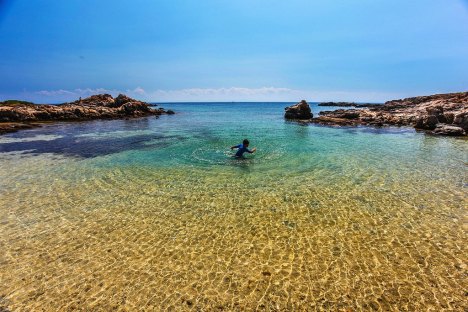 Island of Asinara, Sardinia by Marco

Iglesiente is famous for its significant Italian mining compound encompassing the seashore and the Campidano Plain. The area is not only vital for miners but also for geologists due to metal limestones, diorites, carboniferous granites, and dolomites exploited by the Punic, Nuragici, and Roman civilizations.

Bradyseism in the Flegrea Area in Naples

Nestled in the Regional Park of Campi Flegrei covering Bacoli, Pozzuoli, Flegree Islands, and Monte di Procida, Bradyseism is seen along the interior of the bay of Naples. The ancient cities of Baia and Naples’ Gaiola islet are the home of the popular phenomenon of Bradyseism.

Formed by the merger of the Greek words bradus meaning slow and sism meaning movement, Bradyseism refers to gradual uplift of the ground, which is relevant to volcanological literature describing the Campi Flegrei volcanic area. Such movements are termed short-term deformation, as they differ from the long-term deformation that had taken place in Campi Flegrei in the last 15,000 years. 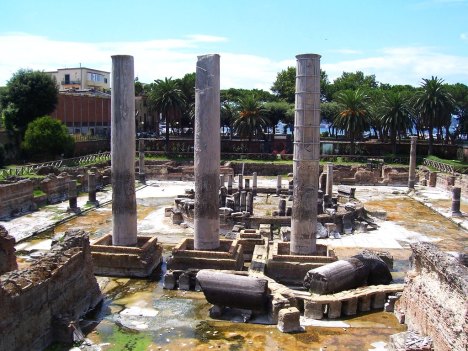 The “Serapium” or Macellum of Pozzuoli demonstrated the effects of bradyseism, Campania by Ferdinando Marfella

Pelagos in Liguria, Tuscany, and Sardinia

This is the Cetacean sanctuary comprising marine areas in inland as well as territorial waters and the flanking high seas of France, Monaco, and Italy. The area between Liguria and Provence is known for its several species, especially whales. Interestingly, the tourist can pass through this multinational area to explore the protected marine species.

The sanctuary aspires to strengthen the environmental monitoring of the Mediterranean area for improving prevention of the natural heritage. A pilot zone combating nautical pollution in this area is famous for its climate due to which several tourists come here for a rejuvenating holiday. 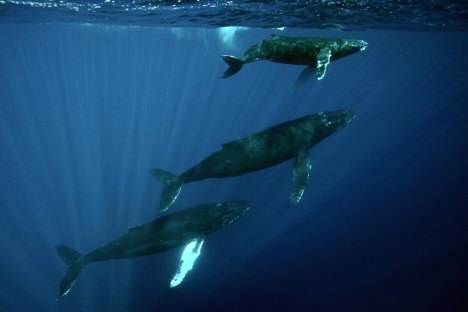 The Marble Basin of Carrara in Tuscany

Remarkably, the Roman quarries are found only in the Carrara basins rather than in the other archaeological sites of Alpi Apuane. Above all, these quarries are well preserved by including them in the protected area of Alpi Apuane or Alps stretching from the northwest of Tuscany to reach up to the Lucca and Carrara provinces.

To safeguard the area, a park was set in 1985. From the sea, the territory looks like a clear hill belt followed by soaring Alpi Apuane housing the park along with hiking paths for mountain fans. This mountainous range is split by marble quarries gushing down into white casting, a one-time spectacle that transforms the Mineral Natural Park into a charming natural wonder. 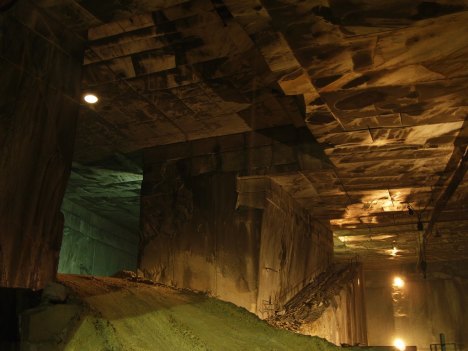 Interior of a marble mine in Carrara, Tuscany by William

Ponds in the Bay of Oristano

Nestled in the middle of the western Sardinia shore, the bay of Oristano is the home of the most popular Mediterranean ponds stretching from north to south. The complex is extraordinary and faces the Maluventu Island as well as other islets in the Sinis peninsula, which contributes to the special natural value.

The main attractions here are intact archaeological sites like Tharros and lasting proofs of human settlements of several eras. 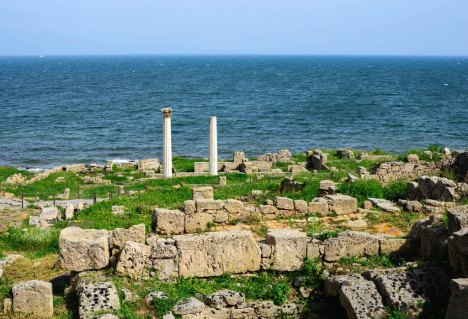 And this is still not enough! There are other sites still waiting on the Tentative list: