Most beautiful summer destinations in Italy that are not overcrowded!

The largest hotel swimming pool in the world, breathtaking Blue Cave, European Caribbean or thermal gardens where you can spend the day in hot tubs and pleasantly warmed swimming pools.

Holidays in Italy does not necessarily mean staying in the overcrowded resorts, but can also be really luxurious and exotic one. Read below and find the top destinations in all of Italy! 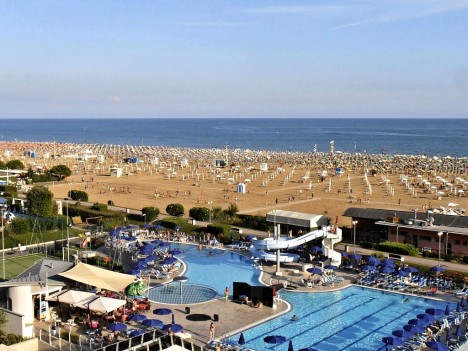 Italy is one of the most popular seaside destinations in Europe. The vast majority of the tourists end up at the sea on the Italian north. However not everyone is looking for sunbathing on overcrowded beaches of Bibione or Rimini.

Fortunately there are other places where you can spend amazing summer holidays in Italy. Places that are not so overcrowded, offer smaller but luxurious hotels. 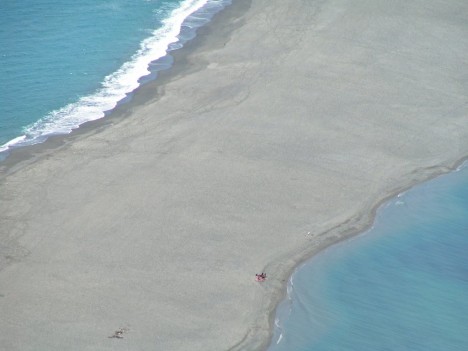 The only group of people on the beach in Oliveri (Messina), Sicily by Julius

Places where you usually share the beach with only a few other people, where you will think that the sea belongs to you only, not to thousands of other swimmers and where the sea looks like you were in the Caribbean. Here are top 5 summer destinations in Italy!

Calabria – the greatest wealth are its beaches 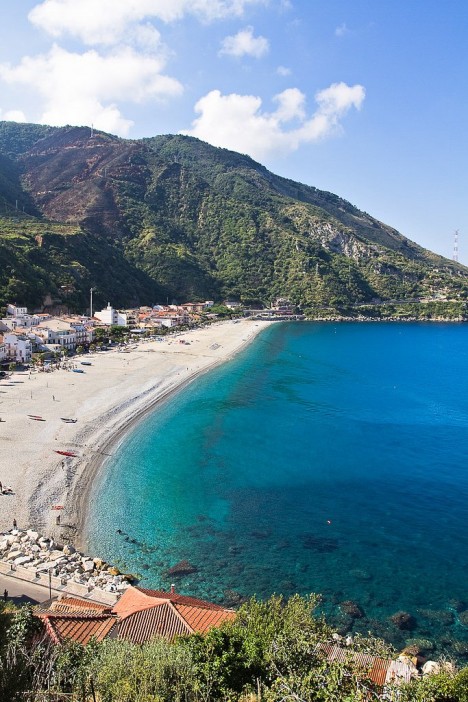 Calabria is on the tip of the “Italian Boot” and belongs to the poorest Italian regions. Here you will feel like you would be in absolutely different country, the difference against rich northern Italy is really huge.

Nevertheless it is really beautiful here! Mainly on the beaches that are among the most beautiful beaches in the world. 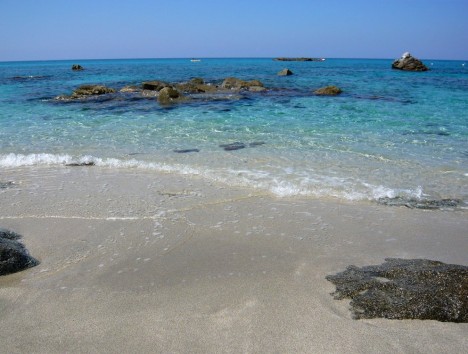 The capital of the region is Catanzaro. However its tourist center is a small town on Capo Vaticano with a lighthouse Belvedere. From here you can enjoy a beautiful views of Stromboli.

You can also go to the town of Pizzo Calabro, which is NOT how the name might suggest, the birthplace of pizza, but delicious dessert tartufo which is proudly served here in any of the cafes or restaurants. 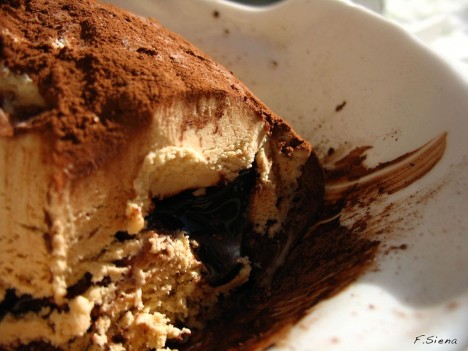 Capri covers an area of only twenty square kilometers, but the natural beauty can be seen all around. It was also famous place of Emperor Tiberius, who built his rich Villa Jovis over the Bay of Naples.

And this is now a famous destination for tourists on the island. Perhaps even more popular is Tiberius’ Leap – a place from which bad Tiberius’ servants were tossed into the sea. 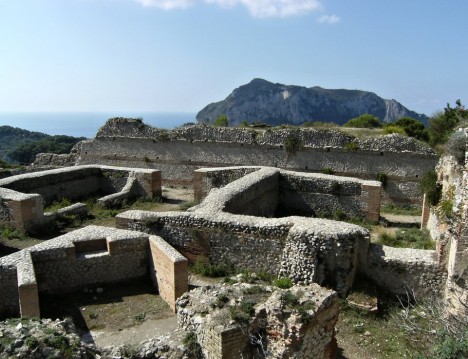 But the biggest attraction of the island of Capri is the Grotta Azzurra, Blue Cave, a place where the light gets through the hole just below the water surface.

The water then filters out all the red tones and a huge area of the cave is then all covered with blue and silver colors. Everyone who visits Grotta Azzurra will never forget this great experience. 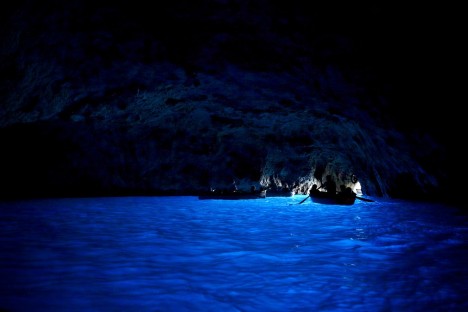 Sicily – holiday in the shadow of Mount Etna

Poor sibling of Calabria, whose greatest wealth is also not hidden in the bank accounts, but in its coastline, olive groves and orange plantations.

Sicily is indeed poor, but beautiful part of Italy where tourists come to meet with the sun already at the beginning of May and where the summer holiday season lasts until the end of October. 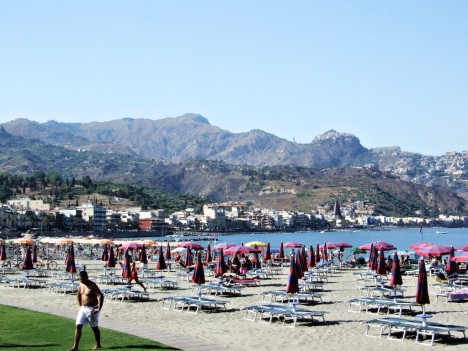 The oldest city of the island is Giardini Naxos – allegedly with the most beautiful beaches in the whole of Sicily. Most tourists head to the ancient cities of Taormina or Syracuse.

And those who love mountains can hike up to the largest active volcano in Europe – Etna. 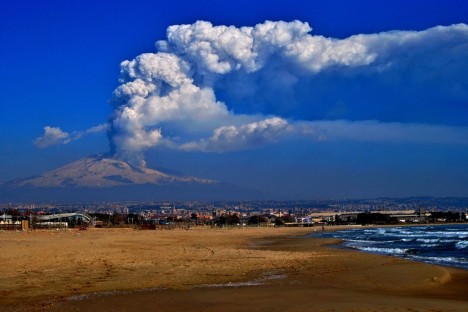 Located in the north of Sardinia, Costa Smeralda is probably the most beautiful part of the island. And it is called the European Caribbean. Why? Because water here is crystal clear and its color can be compared with the Caribbean.

It is no wonder that this place, with its small but lively resorts and wide beaches, is the most popular spot on the island. 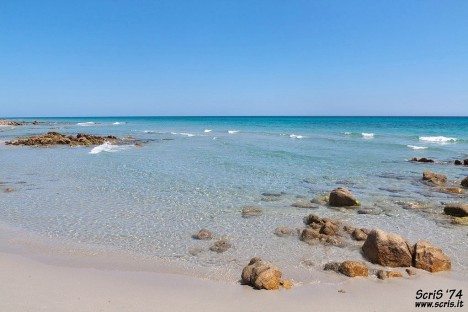 Porto Cervo is a town with only about two hundred permanent residents, but it is here where you can see the most luxurious yachts, or where you can find the hotel with reportedly the largest swimming pool in the world covering an area of ​​8500 square meters, which is larger than the size of a football pitch. 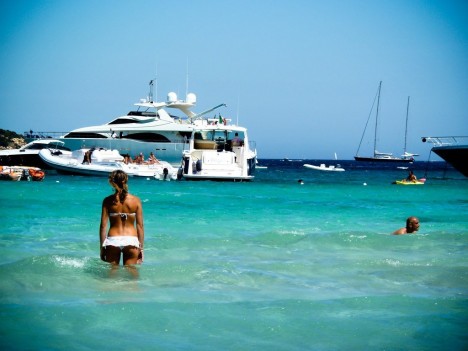 Ischia – relax in the thermal parks

Like several other islands in the Gulf of Naples, also Ischia is of volcanic origin.

The last volcanic eruption took place here centuries ago, but it still simmers beneath the surface of the island. And deep inside it is also interconnected with Vesuvius volcano thanks to which it is rich in thermal springs. 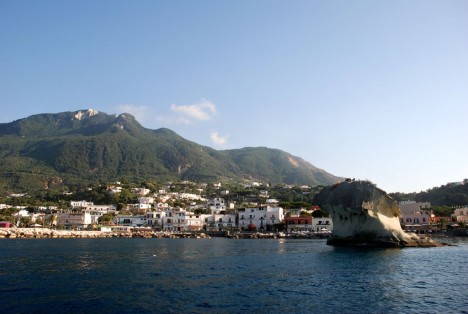 There are around a hundred of thermal springs, which made this island a home to the luxury spa resorts and thermal parks. Gardens of Aphrodite and Apollo offer relaxing in 12 pools of different temperatures, natural saunas or hot tubs.

This complex is part of the luxury Hotel Miramare, which is regarded as one of the most romantic in all of Italy – it is built on a cliff above the sea.