Parma – the capital city of gourmets and gourmands

Parma is a small provincial town, located between Milan and Bologna. It is becoming a popular destination over the few recent years. Tourists are coming here to admire not only historically interesting part of the city, but also to enjoy a quiet and carefree atmosphere that is steeped in Parma all around.

Although no records of the town establishment have survived, it is assumed that, like in the near Bologna, the first settlers were the Etruscans. The Romans took over domination in the second century BC, but Parma then suffered hard times. During continuous conquest and plunder the town was several times totally destroyed and then rebuilt from scratch. 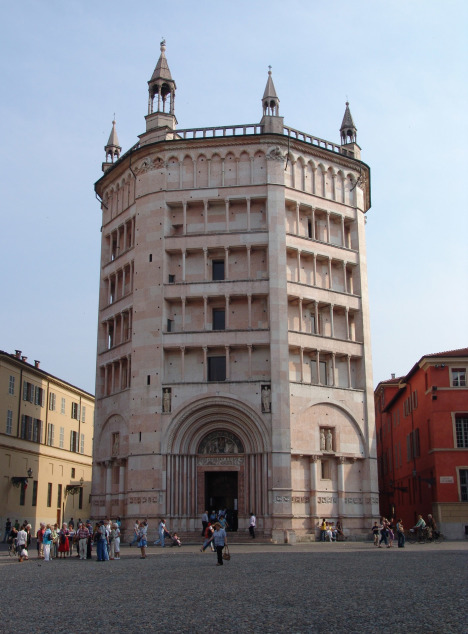 Just in the Middle Ages, when it became a stop on the main road connecting Rome and northern European countries, enjoyed a more significant development. And from that time comes the most famous building of Parma, which is wonderful baptiserium. The octagonal tower, built of pink Verona marble, has become a symbol of the city.

It stands on the central square, close to the Romanesque cathedral, which is also eye-catching feature of the town. It dates from the 11th century and the overall construction time is stretched to sixty years. The incredible damage occurred only a year after its construction, when the devastating earthquake seriously damaged the building and so it had to be rebuilt. The interiors still hide jewelry and art works by famous artists, such as Benedetto Antelami and Antonio Allegri da Correggio. 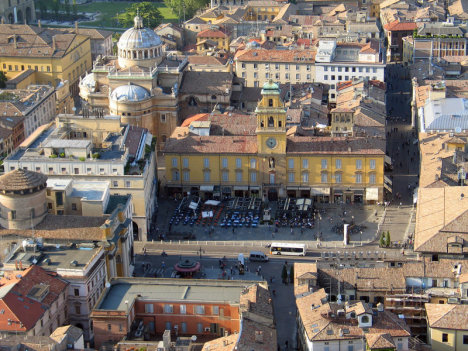 Classical music lovers should not miss a tour of the opera house. Teatro Regio is closely connected with Parma’s natives – the composer Giuseppe Verdi and the conductor Arturo Toscanini. While Verdi grew up in nearby Busseto, Toscanini’s birthplace is located in Parma, and still serves as a museum where you can learn about the major milestones in the life of this musical genius.

Parma, however, came into the world’s awareness primarily as the capital city of gourmets and gourmands. After all who wouldn’t hear about the famous Parma ham or Prosciutto and Parmesan cheese? The correct procedure is controlled by the “ham consortium” that protects the delicacy and insures that none of the ham’s reputation can be lost.

Parmesan producers went even further and selected the areas in which the cheese can be produced. Its unmistakable pungent taste is due to a special recipe, which was only discovered in the early 20th century and for one kilo of the cheese you need 16 liters of milk.

Perhaps for their famous love for all the delicates, Parma became the seat of the European Association for Food Safety.