Tuscany is a region in central Italy known for its beautiful landscapes as well as its history and traditions. Tuscany is also very famous for its great wine and food.

Millions of tourists visit Tuscany every year. Florence, the capital of Tuscany, is visited by around 10 million tourist every year and is in fact one of the most visited cities in the world.

Below we will take a look at some of the most popular places to visit in the Tuscan region.

If you are going to visit Tuscany you will have to go to Florence. Florence (or Firenze as it is called in Italian) is the capital of the region of Tuscany. The city has a population of a little more than 350,000.

Most people will consider Florence the most important reason to visit Tuscany. The reason is the many cultural, artistic as well as architectural gems found in the capital. Florence is the home of much Renaissance art like Michelangelo’s David, the masterpiece sculpture which is located in the Galleria dell’Accademia. 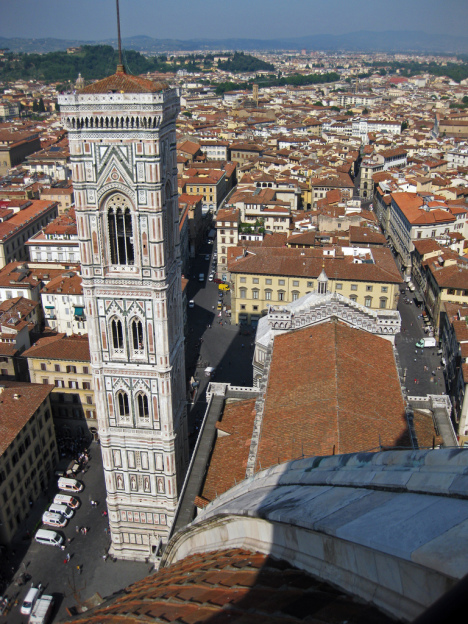 Pisa is one the ten provinces of Tuscany. Pisa is probably most known for its leaning tower. The leaning tower is definitely  worth seeing, but Pisa has many other things to offer. The city contains more than 20 other historic churches, palaces and various bridges.

It’s a good idea to visit the Square of Miracles (in Italian: Piazza dei Miracoli) which is the heart of the city. Here you will find the Leaning Tower of Pisa as well as the large cathedral (Duomo) and the Baptistery (a beautiful round Romanesque building). These three buildings form the city’s main attraction. The Square of Miracles was proclaimed a World Heritage Site by UNESCO more than 25 years ago. 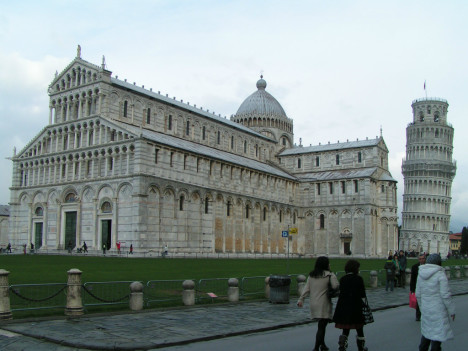 Lucca is a charming town famous for its intact Renaissance-era city walls. These walls have remained intact while many other towns in Tuscany have had their city walls destroyed. Lucca is very easy to reach both by car or by train from Pisa or Florence. You can rent bikes at the tourism office in the town. Look for Lucca Itinera.

Like the majority of other cities in Tuscany, most of the attractions in Lucca show its ancient history. There are many churches in Lucca and a few as old as the 8th century.

Piazza dell’ Anfiteatro is also a must see if you are going to Lucca. It’s an oval shaped area in the middle of the city and was a Roman amphitheater. You can find many shops, cafes and restaurants here. In the summer it is also used for open-air music performances. 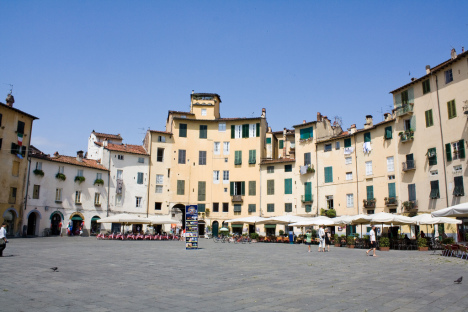