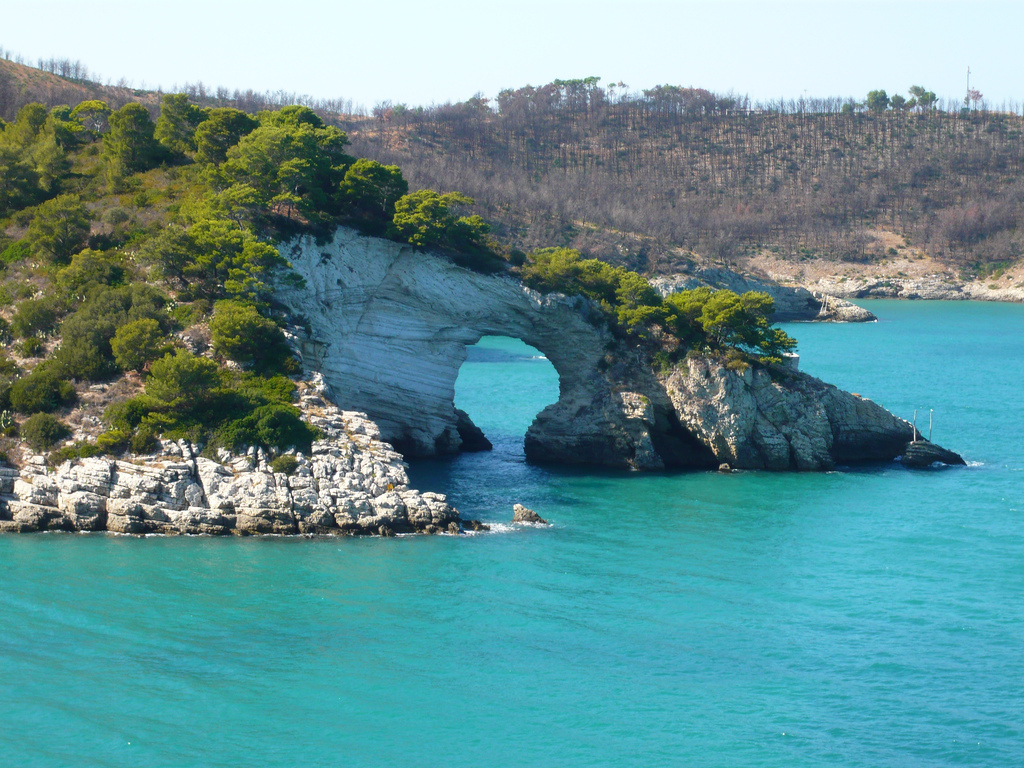 Apulia (Puglia) is region that stretches at the “heel of Italian boot” in south-eastern Italy. It is known as the “Kingdom of drought and stones.” Here you will find wild, untouched nature and beautiful mountains with many gorges and caves. A major tourist attractions are unique architecture structures called “trulli” mostly concentrated around a town of Alberobello.

Apulia with its numerous cultural and historical monuments and its extraordinary landscape is one of the most beautiful regions of Italy. Picturesque coast of Apulia expands in the length of over 800 km. Puglia offers flat sandy beaches but also steep rocky coast. Its cultural heritage is very diverse. Find accommodaton and hotels in Apulia: 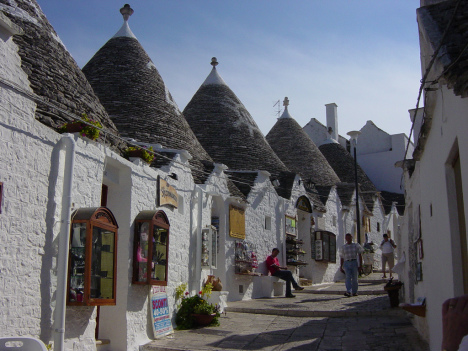 Sunny climate and excellent beaches with jagged rocks, or the historical town of Gallipoli with its clean environment attracts thousands of tourists each year. If you go to the “tip of the Italian boot”, you will get to Grotta Zinsulusa, where you can also visit the nearby Blue Grotto. Otranto is another beautiful city of this area. Cathedral of Santa Maria della Annunziata boasts the largest floor covered with figural mosaics in Europe.

In this region it is necessary to visit its capital city – Lecce, often called as the Florence of the South or Florence of the Baroque. Brindisi, located on the Adriatic coast, is since the 3rd century BC, the main port and the gateway to Greece, Turkey and Albania. Further along the Adriatic coast, lies the city of Bari with shopping district Esperanto. Apulia was many times in its history conquered by foreign rulers and offers to its visitors lots of sights of different cultures. 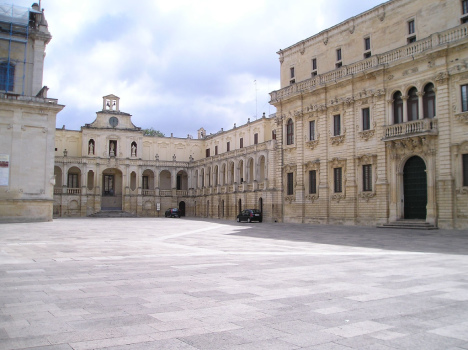 Apulia represented a wide-open gateway to the East in the past. It has long been under the influence of the Greeks and thus is characterized by impressive architecture. Apulia is also very fertile land and is known for producing very high quality wine and olive oil.

Gargano Peninsula, which is also located in this region, is a high rocky promontory into the Adriatic Sea, with preserved pristine landscapes, countless picturesque bays and cliffs. In the north there are two large lagoons – Lesina and Varano and along the coast are popular resort of Puglia – Vieste, Peschici, Rodi Garganico, San Menaio, Mattinata, with fabulously white houses, narrow streets and typical restaurants. Central region boasts special houses called trulli, which are traditional white buildings with conical roofs, located in areas of Alberobello and Locorotondo. 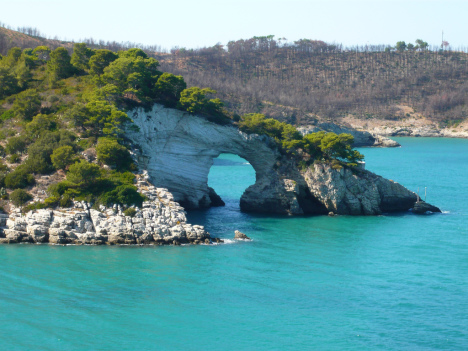