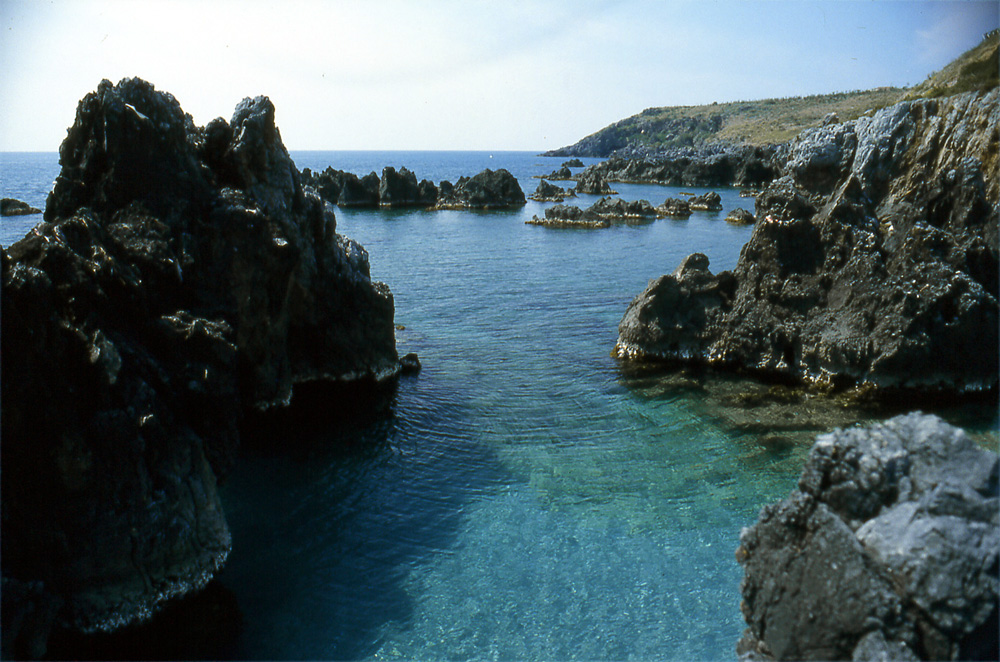 Most beautiful places to visit in Calabria

Calabria occupies the southernmost part of the Italian peninsula and is surrounded by the Ionian and Tyrrhenian Seas. It is characterized by clarity and purity of the sea, sun-drenched coastline and hot climate, thanks to which the summer lasts from early April to October.

Peaks of the Apennines featured with the typical Italian villages with narrow streets, are full of lemon and orange trees, olive groves and golden abandoned beaches washed by the crystal clear waters of warm Ionian and Tyrrhenian Sea. Find accommodation and hotels in Calabria: 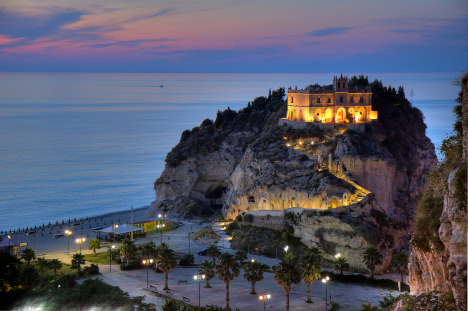 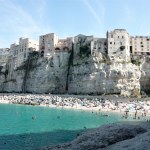 You may also like another article related to Calabria – Calabria – home to the world’s most beautiful beaches! with some additional tips and great pictures.

Calabria is divided into five provinces of 5 largest and most important cities. The most important provincial capital of the region, home to all government departments and offices, is the city of Catanzaro, which lies on the coast of the Ionian Sea.

Other provinces are Crotone, Vibo Valentia, Reggio di Calabria and Cosenza. The largest city of Calabria – Reggio Calabria was also called a city of Fata Morgana. 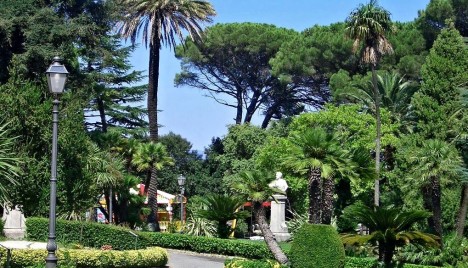 The mountainous region forming the tip of the boot offers three national parks – Sila National Park, Pollino National Park, and Aspromonte National Park. There are also many cultural sights and scenic coastline with many stone towers.

Calabria is a typical representative of the poor southern Italian regions called Mezzogiorno. But thanks to its less developed industry the country can offer a beautiful preserved nature and clean sea.

Once you are here, you should definitely visit Crotone, Gerace, Locri, Rosano, Regio Calabria and Sibari. 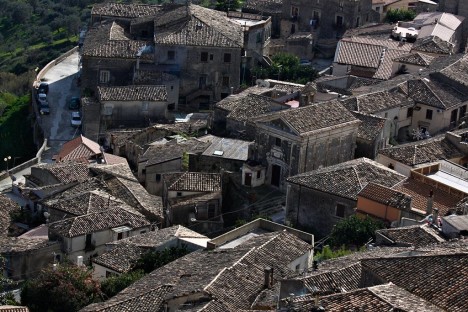 The city of Catanzaro is the capital of Calabria since 1970, but the former capital city of Reggio Calabria still houses the council. Calabria is one of the exceptional regions of Italy, mainly for its pristine unspoiled nature, crystal clear sea, white sandy beaches.

Its rugged coastline is ideal for scuba diving mainly around Tropea and Capo Vaticano, while the Ionian coast offers wonderful conditions for surfing. 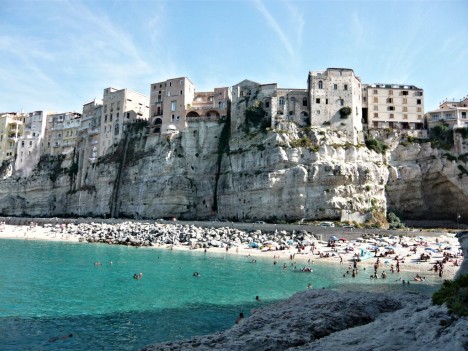 You should also visit Tropea, a picturesque town on the cliff above the sea. Another one of the most beautiful places to visit in Calabria is Stilo and its Byzantine brick temple Cattolica; or Reggio Calabria – a home to magnificient museum Museo Nazionale della Magna Grecia. 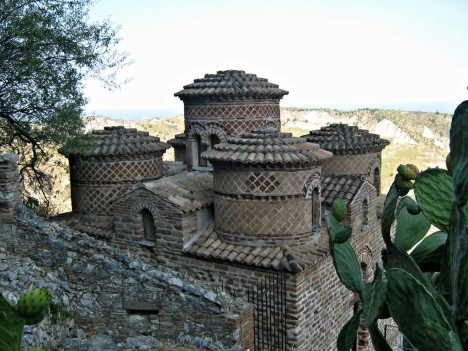 Other interesting places include ancient Scalea, spa resort Bagnara and a town of Scilla with a castle surrounded by a turquoise sea. 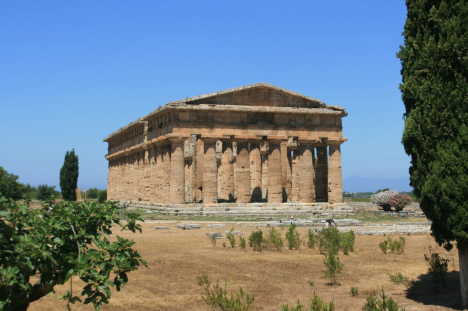 Calabria is a country of beautiful natural sceneries with breathtaking views. Calabria has many faces – it has beautiful beaches with fine white sand, majestic mountains, romantic deserted beaches accessible only by boat, small beaches with fine sand and pebbles, and lots of historical places.

And last but not least, locals are very friendly and welcoming people. Calabria is also considered the cradle of European culture. 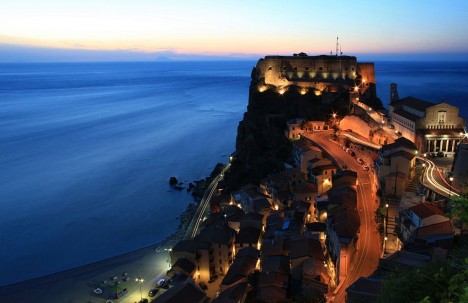 Castle of Scilla by Cirimbillo

Calabria is characterized by a warm and pleasant climate where you can enjoy a summer from early April to late October. It has the cleanest sea and beaches not only in Italy but also throughout Europe. 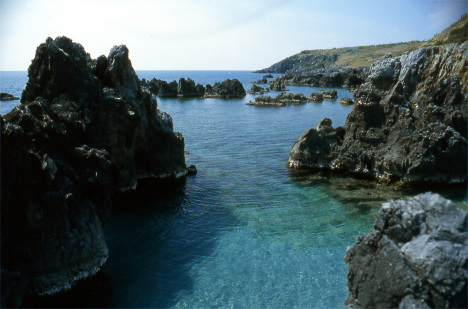 How to get to Calabria

There are several airports in or close to Calabria:

Through Calabria leads also main Italian railway traction connecting Sicily with the north so you can get here by train as well. 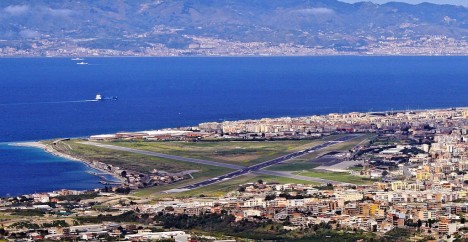 This region is known not only as a paradise by the sea offering huge holiday resorts, but primarily as an area with a specific culture and rich traditions and agrotourism. 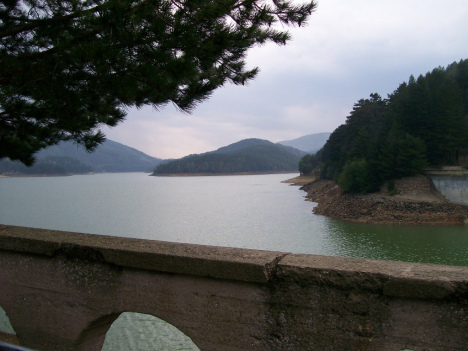 They are ideal to discover the unspoilt Mediterranean nature. La Sila is a major mountain range in Calabria, with the highest peak of Botte Donato (1,928 metres). It is known for beautiful forests where you can also find several ski resorts.

The most attractive scenery is around the scenic road SS110 and largest villages of Camigliatello and San Giovanni in Fiore. 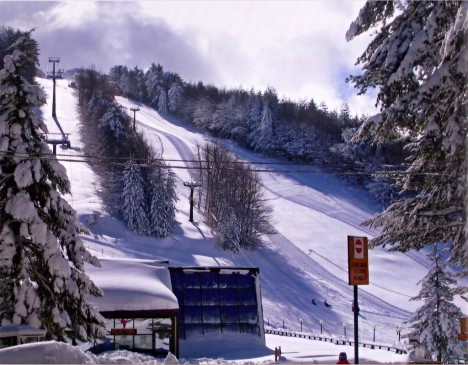 Sights and traditions of Calabria

Do not miss a trip to the historic city of Amantea, with the castle offering beautiful views of the area and certainly taste the local special pastry called Bocconotto.

Also a trip to the historic provincial city of Vibo Valentia, which used to be one of the Greek colonies, inspires many lovers of history. There is nice historic center, a Romanesque church and Archaeological Museum. 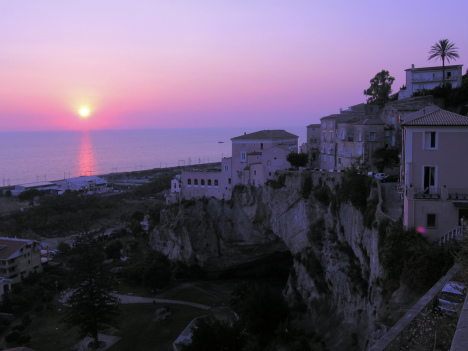 At the present time there is a significant development of agrotourism that attracts visitors to the local homesteads, farms and estates where you can get acquainted with the local rural life and local specialties.

Do not forget to try the typical peperoncini or small hot pepper, Citrus medica in the Riviera dei Cedri, familiar red onions from Tropea or best tomatoes from town Belmonte.

The local traditional products are produced at a local farm in Capo Vaticano. Capo Vaticano is one of the most beautiful areas of Calabria for its fabulous white beaches and crystal clear sea. The coast offers amazing views of the Aeolian Islands, especially volcano island of Stromboli and Sicily.