Although Italy is located in southern Europe and is often combined with a hot sun and great beaches, its northern part is frequently sought after by lovers of winter sports, especially skiing.

It is a place where you can find a number of huge mountains dotted with pleasant small or gigantic ski resorts. Visitors are attracted by stunning mountain scenery, perfectly groomed slopes, sunny weather and first class facilities. 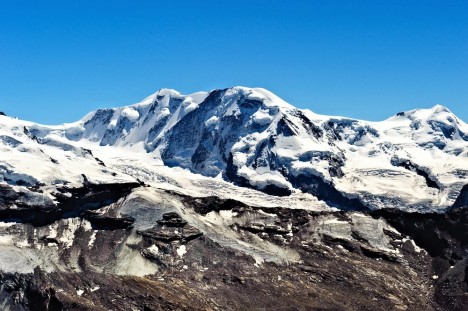 Monte Rosa from the summit of Oberrothorn, Pennine Alps, Italy by Craig Stanfill

Northern Italy is covered with Italian Alps, which are further divided into several mountain sections.

The highest peak is Monte Bianco (Mont Blanc), situated on the border between France and Italy, and reaching an attitude of 4807 meters above sea level. 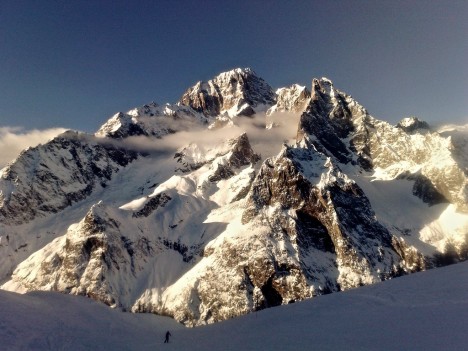 Other important peaks are Monte Rosa, Marmolada, Matterhorn and Gran Paradiso on the border with Switzerland.

These unique mountains is a reason why Italy is so popular for skiers. Due to the variety of terrain they are suitable for both absolute beginners and recreational skiers as well as for advanced and experienced enthusiasts. 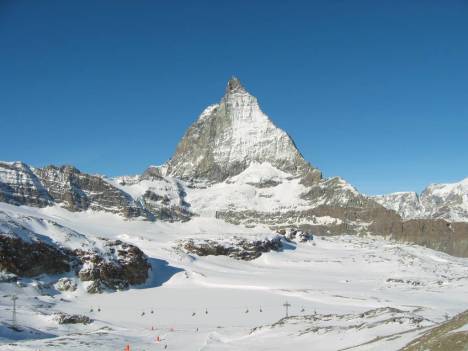 Skiing at Matterhorn, Italy by Leo-setä

The vast majority of the skiing slopes here are in easy or medium levels. In addition, Italy boasts some of the best groomed pistes in Europe, so it is a guarantee of a real skiing experience.

Italy is a great choice for those who want to enjoy their holidays with a plenty of winter sports possibilities. Popularity of skiing in Italy is growing mainly due to the relatively good accessibility of mountain areas and also due to the constant modernization of the ski slopes. 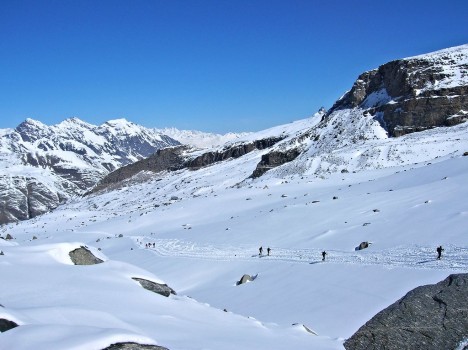 Various innovations that are made in the different regions and resorts throughout the year often surprise even their regular visitors.

Modern transportation services can take you up to almost two and a half thousand meters above sea level, making it sufficient snowfall on the slopes until late spring. At lower altitudes, the lack of snow is backed-up by quality snow cannons. 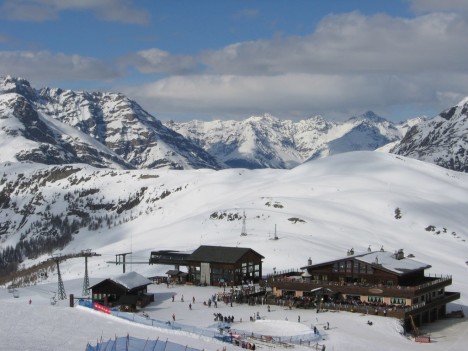 Alta Valtellina is one of the most popular and largest ski areas in the Italian Alps offering amazing 210 kilometres of downhill runs and 105 kilometres of cross-country trails.

Very popular are also the resorts of Bardonecchia, Aprica, La Thuile, Fopollo or Limone. Passo Stelvio is the largest glacier area in Italy. 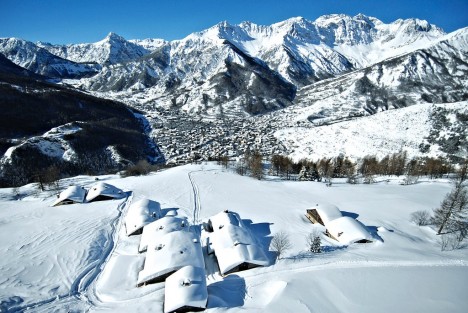 In The Cottian Alps you can find large ski area called Sestriere – Via Lattea, which consists of several smaller ski resorts.

In the mountain massif, between the villages of Prato Nevoso and Artesina, which is in the Piedmont Alps, there is located another unique resort Mondolè. 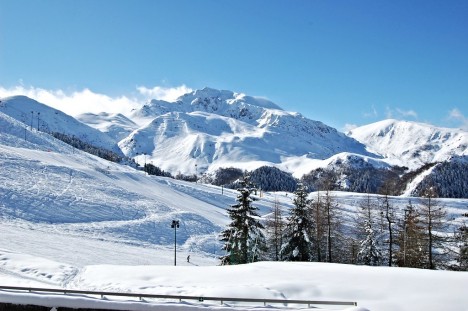 The mountain range shared by Italy, Austria and Switzerland, offers other great ski resorts such as Sulden am Ortler lying below the Ortler summit measuring 3905 meters above sea level. 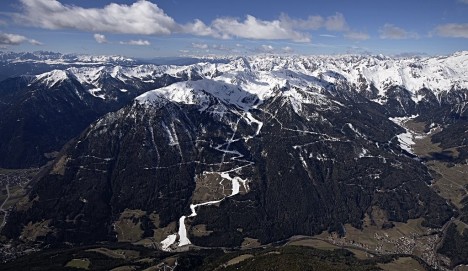 Those of you who would like to ski below the most beautiful European mountains – Mont Blanc, Monte Rosa or Matterhorn (Monte Cervino), must go to the Valle d’Aosta, which is riddled with more than 700 kilometres of ski slopes.

In the resort of Val Senales (Schnalstal) you can enjoy skiing in the 300 m wide Schnalstal Glacier – which is one of the few skiable glaciers in Europe. 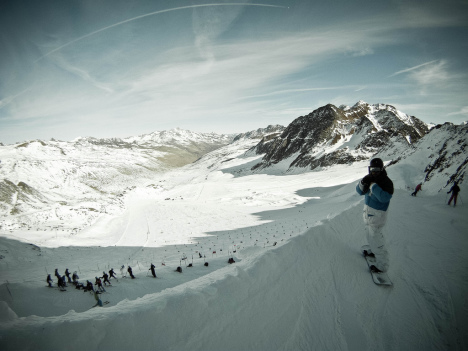 But, in fact, there are Dolomites that represent the most popular tourist destination of the Italian Alps.

Its highest peak is Marmolada reaching an attitude of 3,343 meters above sea level. More specifically they are a part of the Southern Limestone Alps and one of the fastest growing regions in the Alps. 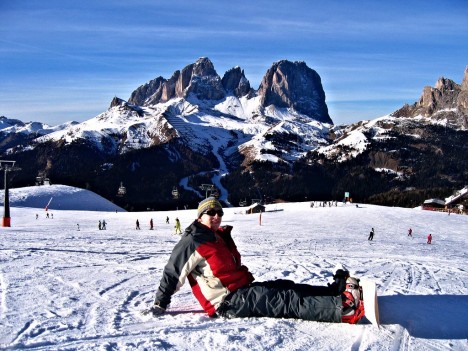 Dolomites offer beautiful scenery, massive rocky ridges, peaks, and unique flora and fauna. Due to their nature and affordability they are very popular destination for winter holiday makers and also one of the most popular ski regions in the Alps.

The area is known for its hospitality and a large number of sunny days during the year. 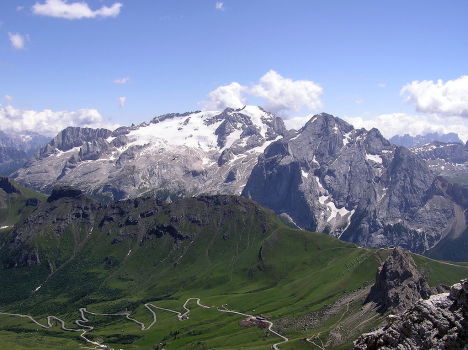 Marmolada, Dolomites, Italy by Much89

Dolomiti Superski resort, lying in the Northern Italian province of Trentino, is considered to be a real winter sports paradise in the Dolomites.

It is a vast complex comprising of 12 high-quality alpine resorts that have no competitors in Europe. 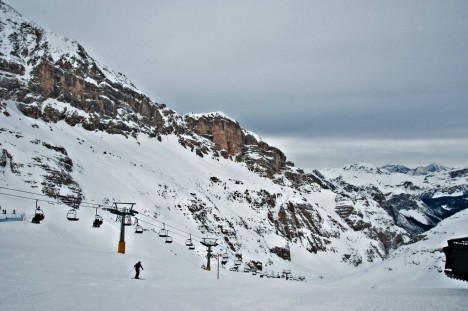 The Dolomites near Cortina by Graeme Churchard

If you purchase a lift pass called Dolomiti Superski you can enjoy skiing and snowboarding on more than 1,200 kilometers of perfectly groomed slopes. 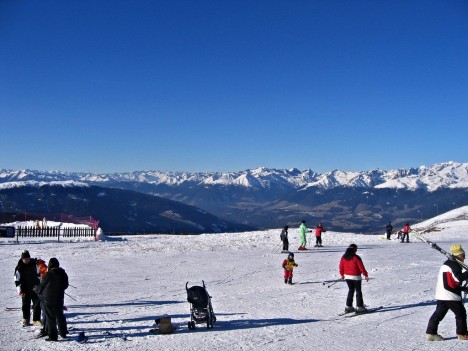 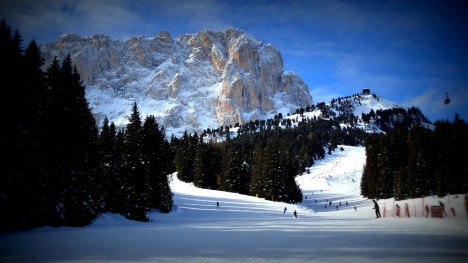 One of the largest ski areas in the Dolomites also include the Val di Sole with its 6 ski resorts, some of which are interconnected with ski lifts and cable cars. The most famous of them is Passo Tonale ski resort. 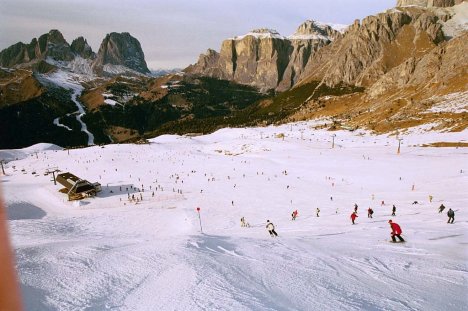 Skiing in Dolomites, Italy by Leo-setä

Since the visitors to the Italian mountains want to enjoy a bit of entertainment after a hard day spent on the slopes, many ski resorts offer quality evening programs for both adults or even families with children.

Who wants to indulge in a little relaxation, certainly welcomes a wide range of wellness treatments. Accommodation in Italy is also in a very good level, dominated by apartments and pensions, which are often located just a few hundred meters or from the slopes.