Spoleto – one of the most beautiful cities in Central Italy

Spoleto is one of the most beautiful cities in Central Italy. It is located in the southern part of the region of Umbria. It is located just 65 kilometres away of another historic jewel of Umbria – Perugia.

Spoleto is a city rich in history, which is also evidenced by the large number of preserved monuments. It was founded in the year around 1000BC by Umbrians, later became an important Roman colony of Longobard Duchy, and finally its capital. 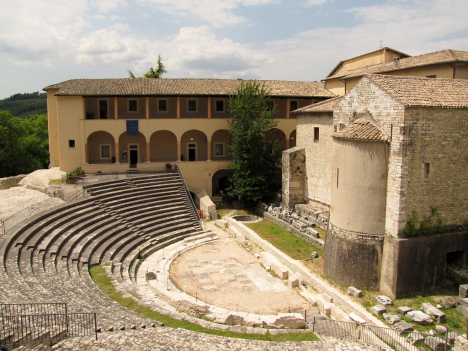 In 100 BC Spoleto was one of the most beautiful and richest territories in central Italy. However its face gradually but dramatically changed. Christianity strengthened its influence here, the city also had to face incursions of barbarians, invading of Longobards, Franks domination, and finally it was attacked by Barbarossa (a German Holy Roman Emperor) who completely destroyed the city in 1155. There were too many fierce battles during its life, but Spoleto, survived everything and today every visitor can marvel in awe at the place situated in great nature that is featured by adventurous history.

Since 1958 Spoleto has been a scene of one of the biggest festivals of Italy. Its name is Festival dei Due Mondi (Festival of the Two Worlds). It is a showcase of the world’s leading avant-garde artists, which every year attracts thousands of visitors. The reason for choosing just Spoleto for this great festival, in competition with other thirty cities, was just its historical value situated in the beautiful surrounding countryside, creating impressive scenery all together. 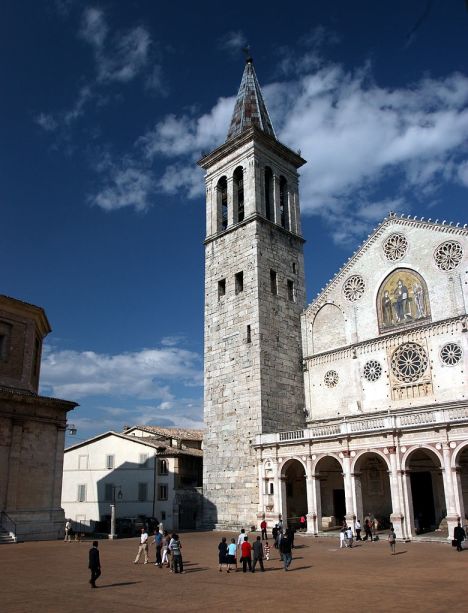 The cathedral of Santa Maria dell’Assunta in Spoleto, Umbria, Italy by Adonovan0

The dominant feature of Spoleto is a massive fortress Rocca Albornoziana from 14th century with a Romanesque basilica, which was built by Cardinal Gil de Albornoz and until 1982 was used as a high-security prison.

Another eye-catching historical gem is the Ponte delle Torri, a bridge that connects the hill with fortress. It is a very important bridge, 80 metres high and 230 metres long. It is made up of ten arches, through which you can see another monument – the church of San Pietro. 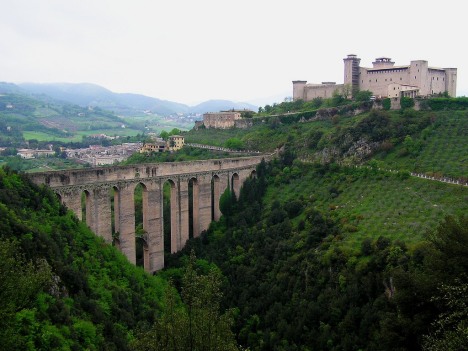 In addition to the historic fortifications there are also the remains of the Roman Theatre, the churches of San Domenico and San Gregorio, the Roman bridge Ponte Sanguinario of 1st century BC.