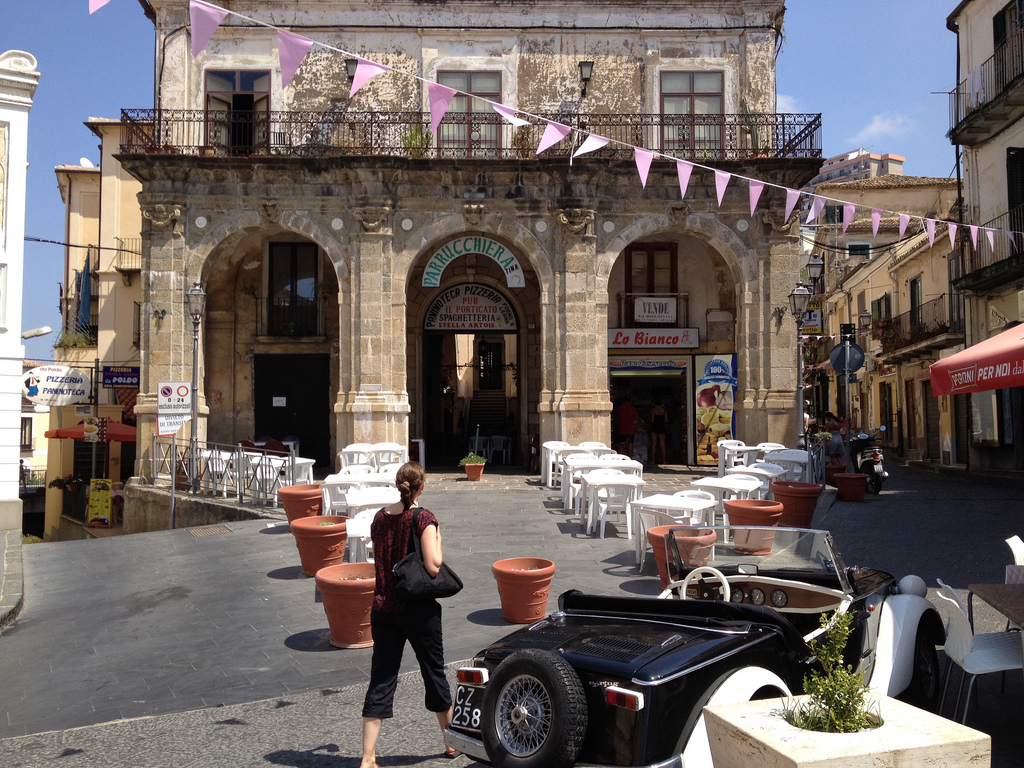 In the middle of the steep coast of Gulf of St. Euphemia, between the mountains and the sea, is hidden a small town of Pizzo. The town has a very rich history. One legend even says that it was built on the ruins of the ancient city of Napitia, founded approximately in 1500 BC. The city flourished as early as