The Baroque town of Palazzolo Acreide

The most of Sicily’s important monuments can be found around the coast. But there are also few of them that can be explored inside the island. One of such examples is the small town of Palazzolo Acreide, located approximately 45 km west of Syracuse, hidden in the mountains of Monti Iblei.

The town is on the UNESCO World Heritage list together with other nearby towns of Caltagirone, Militello Val di Catania, Catania, Modica, Noto, Ragusa and Scicli under one item titled “Late Baroque Towns of the Val di Noto (South-Eastern Sicily).”

Palazzolo Acreide was built over the valley of the Anapo river, on its right bank. It has around 9,000 inhabitants and stands on the hill at an altitude of 670 meters above sea level. If we look into the history, the first written mention is from 1145. However historical information about this place is quite austere and, as many other Sicilian settlements, its history started to count from the beginning after the major earthquake in 1693, which affected most of the island. Its restoration on the same place significantly began around the year of 1700 and soon grew up into the beautiful baroque city with burgher houses, palaces and churches. 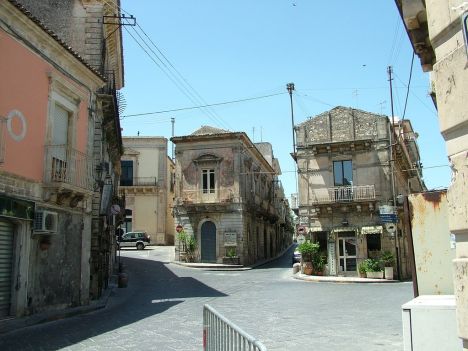 How to get to Palazzolo Acreide

Travelling by public transport around Sicily has, at first sight, a touch of adventure. Although not expected by the foreign tourists, in fact, buses and trains run to the minute, they are very comfortable and clean.

Interesting is also a composition of passengers. While the lines around the coast carry a lot of immigrants, those who drive inland are mostly occupied by locals. However it is good to know where the bus stop actually is, or you will need to ask locals, as they are usually not marked at all.

Probably the best option on how to get to Palazzolo Acreide is to take a bus from Syracuse. You can buy return ticket in the bus. 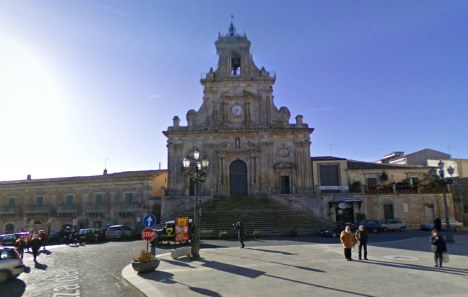 What to see in the city

The city is built on a large hill facing the east. The main streets are made like with a ruler. The two most important of them, where you will find the majority of shops, are Corso Vittorio Emanuele and Via Carlo Alberto. They both start at Piazza del Popolo and lead through the whole city.

On the square Piazza del Popolo there is a fairly large town hall, and above all towers the Basilica of San Sebastiano. It was built in 1703 and is the largest church in the city. From the other religious monuments there is Basilica of San Paolo standing just 500 meters away on Piazza Umberto. The town also has several smaller baroque churches. A lot of nice houses are in very poor condition.

Other must see places in the city include Greek theater, Chiesa dell’Immacolata and other churches. 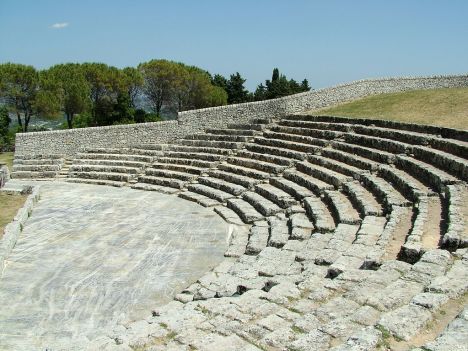 The city is not too busy and rather seems to be a little sleepy. The streets are full of cars that are parked everywhere they can. The middle of the city is relatively clean, however it’s quite worse in the small streets. Many houses in the old town are empty as lots of locals left this picturesque part of the island because of work.

The one important thing you need to be prepared for (as it is usual for all parts of Sicily) is that around noon (better said from 11am to 2pm) you will not be able to find any shop or restaurant opened.

Once you choose to visit this city from Syracuse you can include the ancient Greek city of Akrai on your itinerary, where you find e.g. Santoni which is a rock sanctuary with a set of figures relating to one of the most mysterious cults of antiquity: the cult of Magna Mater.