Situated at the tip of Italy’s boot, the largest island in the Mediterranean is an underappreciated haven after the hustle and bustle of the mainland.

The majority of Sicilians consider themselves and the island as a separate entity from Italy; they have their own widely spoken dialect, traditions and food, which is often much spicier and has a greater emphasis on fish and vegetables. 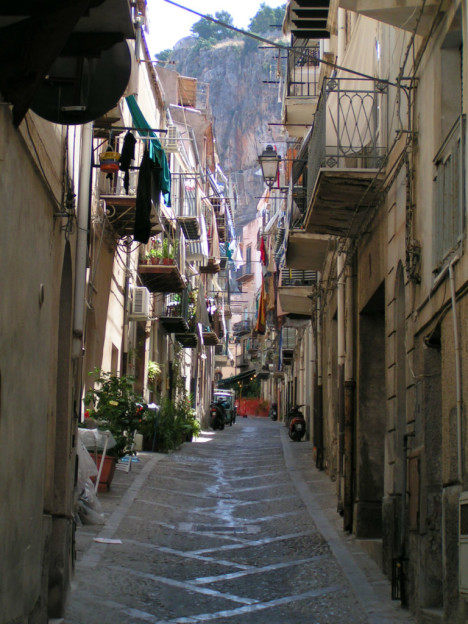 Typical narrow street in Sicilian towns, Italy by Julius for Travel via Italy

As the largest island in the Mediterranean, with a highly strategic position, Sicily also has a hugely varied history which only adds to its character and allure.

Since the eighth century when it was occupied by the Greeks it has been in the hands of a vast array of races; Phoenicians, Carthaginians, Romans, Arabs, Normans, French, Spanish and the Bourbons.

Here are a few reasons why Sicily makes a perfect holiday destination.

Relics of Sicily’s turbulent history are scattered throughout the island including temples, theatres and churches, meaning that there’s plenty to see and do.

You should begin your trip in the island’s brash, bustling capital of Palermo. 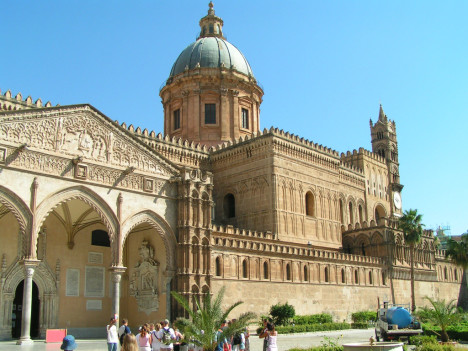 Cattedrale di Palermo by Julius for Travel via Italy

Most of the sights are located in the centre of the city and can easily be reached on foot – don’t miss the Cattedrale, Palazzo dei Normanni (Royal Palace), and the Norman churches of La Martorana and San Giovanni degli Eremiti.

However, although fascinating you may not want to linger too long – many guides identify Palermo as overwhelming, loud, filthy and at times insane. 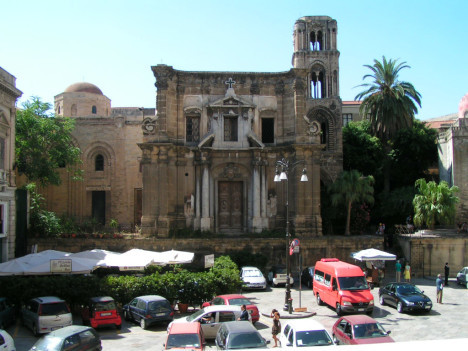 La Martorana Church, Palermo by Julius for Travel via Italy

Once you’ve headed out of Palermo visit the city of Syracuse previously home to famous mathematician Archimedes.

Syracuse is currently experiencing a boom in popularity with tourists discovering the attractions of Old Town surrounded on all sides by the sea, and the Parco Archeologico, with its fifth-century BC theatre where Ancient Greek plays are still performed in summer. 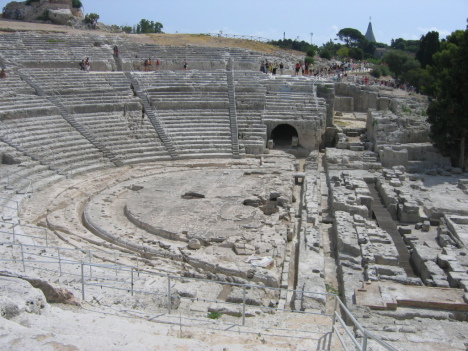 Sicily has some of the most impressive Greek and Roman relics in the world. If you’re a history buff then the Agrigento’s Valle dei Templi is not to be missed.

Here you will find the remains of Akragas, a powerful city founded by the Greeks in the 6th century BC. However, there are also some Roman remains dating from the 4th to 5th century AD. 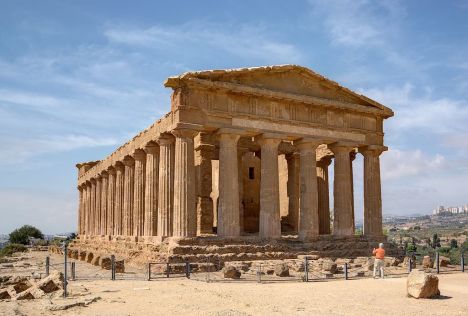 Perhaps the most impressive of the remains is the Greek Temple of Concordia which still stands largely intact.

The other major temple on the site, Temple of Olympian Zeus, is largely gone but a fascinating part does remain – a Telamon, giant stone figures which once held up the temple. 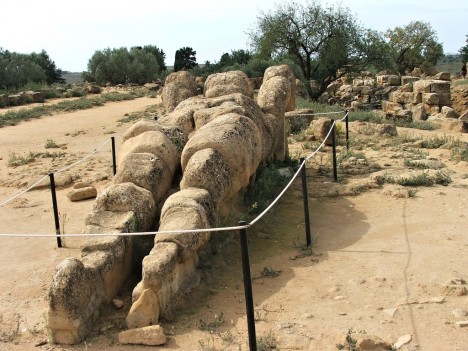 For another world-famous relic head to Taormina. This beautiful town is renowned for its well-preserved Greek theatre, which has views over the sea to Mt.Etna. 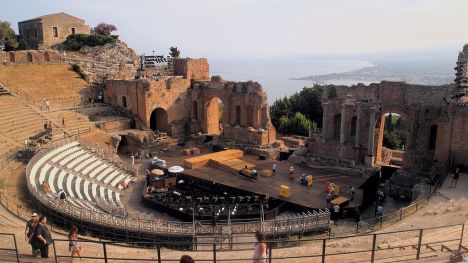 Ancient theatre of Taormina by Maroichi

Sicily is home to Europe’s highest and only active volcano – Mount Etna. It towers above the city of Catania and has erupted several times since 2001.

There are a number of different ways to visit the volcano including walking and tours. The summit not only offers impressive volcanic activity but also outstanding views. 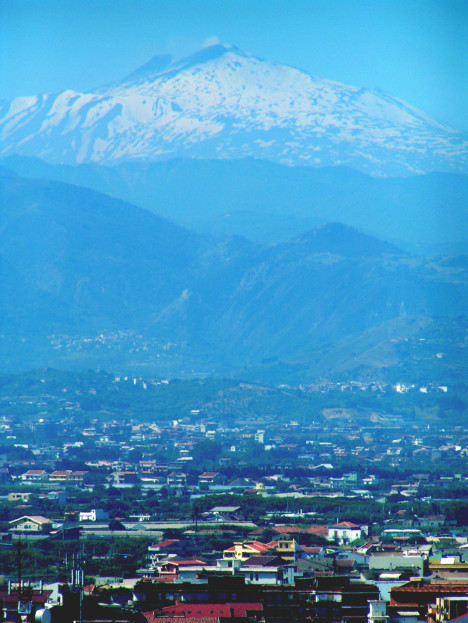 The most popular area to holiday in Sicily is the Taormina / Giardini-Naxos. This region is stunningly picturesque, laid back and reasonably close to all the major sights as well as a number of good beaches.

However, be warned it can get very touristy during the most popular seasons! 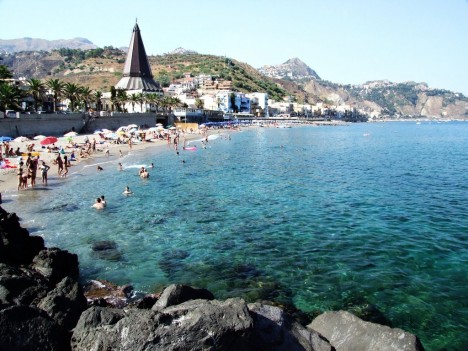 Alternatively, if you’re looking for some city buzz stay in Palermo or Syracuse. These cities are further away from some attractions, and a couple of days are probably long enough before you start hankering after some peace. Sites such as Hotelopia offer lots of choice for accommodation. 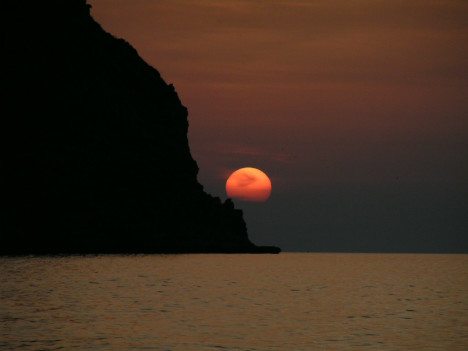 Sunset in Sicily by Julius for Travel via Italy

Sicily is often underrated in comparison to Italy but the little island has plenty to offer. With a varied history including occupation by the Phoenicians, Carthaginians, Romans, Arabs, Normans, French, Spanish and the Bourbons, there are historical attraction everywhere you turn.

Combine that with local character, delicious food and picturesque towns and you’ve got a recipe for the perfect holiday.

Do you have any suggestion on what to do in Sicily? Let us know in the comments.