Located within the Eastern Dolomites, the Val di Fassa has grown to become one of the most popular skiing destinations in the area. There are countless mountains throughout the region that are constantly covered with fresh powder throughout the peak season. Here you will have access to spots like the peak of Sassolungo as well as the Marmolada.

There are countless runs, trails and slopes that can be found in the Val di Fassa ski area that have been designed for every level of skier out there. The area is also home to several of the most popular ski tours in Italy, the Tour of the Four Passes, Skitour Panorama as well as the Tour of the Three Valleys. There is also more than 70 kilometers of cross-country skiing trails that can be found throughout Val di Fassa. 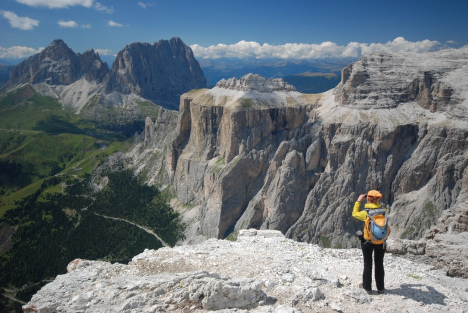 Many locations in the ski area are perfect for families who have brought their children along with them. The most popular of these kid-friendly destinations is that of Catinaccio, San Pellegrino, Buffaure as well as Ciampac.

Moena is the main town which grants you access to the entire Val di Fassa ski area. While considered to be an ancient and medieval town, it boasts all of the necessary amenities that one looks for while on vacation. Over the years it has grown to become a very popular tourist destination throughout the year. You will have access to the many other villages in the Val di Fassa ski area by a free bus system that operates in the area.

Near by, you will find many other popular ski destinations in the Dolomites including the Sella Ronda, Pozza di Fassa, Catinaccio, Tre Valli, Vigo di Fassa and many others that are part of the Dolomiti Superski area. 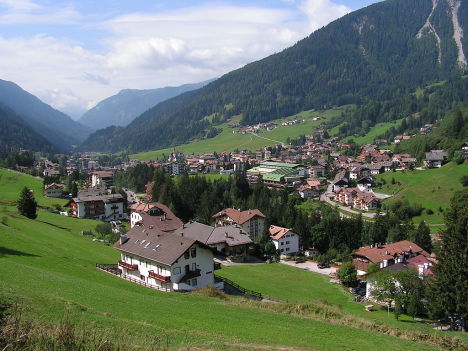 The Pozza di Fassa is a charming mountain ski village that can be found in the foothills of the Catinaccio Mountain peaks. It is located close to the popular Carezza and Ciampedie ski areas. The village is situated only two and a half kilometers from the popular Vigo di Fassa starting point of the Panorama Buffaure-Ciampac ski tour which leads all the way to the Sella Ronda.

The quaint village of Campitello is located at the base of Sassolungo. The Col Rodella ski facilities can be accessed from the village. There are countless runs and trails that can be accessed by the modern lifts in Col Rodella. With the help of modern snow making capabilities, the slopes of Col Rodella are always covered with a fresh layer of powder throughout the peak season. There are many great shops, restaurants and bars located within the village itself. 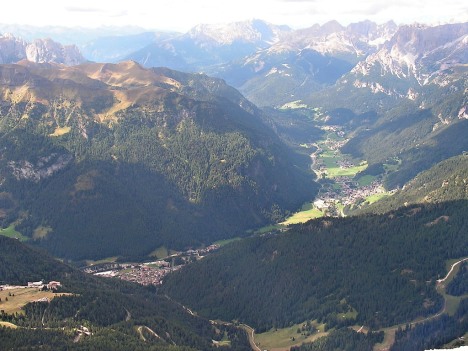 The Canazei is one of the most famous resort destinations in the region. It is situated along the Fassa Valley and is connected directly to the Sella Ronda thanks to the Belvedere cable car. The Sella Ronda is considered to be the largest carousel of ski areas in the whole of Europe. There are more then 50 kilometers of cross-country trails that can be accessed at the resort. You will even be able to make use of the many amenities that the Canazei has to offer including its swimming pool, saunas and spas.

The village of Alba can be found within walking distance of the Canazei resort. From the village, you will have access to the slopes in popular ski areas of Malga Ciapela, Marmolada as well as Ciampac. There are countless restaurants, pubs and shops located within the village. Between the village and the nearby resort, Alba di Canazei has grown to become a popular choice for those vacationing with their families.