Did the son of a glove-maker visit Italy? Many of Shakespeare’s most famous plays are set amongst the gentility of Italy. Thirteen have at least some of the action in the region. As the son of a glove maker from Stratford many people argue that it isn’t possible he would have been able to visit the country, a luxury only afforded to the gentility.

This begs the question, how did the man know enough about the region and the workings of their courts to write in such detail about it? We take a look at a few examples that point to first-hand knowledge of the country: 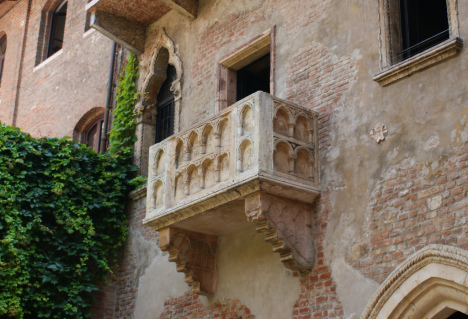 Shakespeare’s Romeo and Juliet takes place in the city of Verona, the story of two warring families. The actual root of the story is general thought to derive from the though comes from 1562 Arthur Brooke poem The Tragicall Historye of Romeus and Juliet (the first English version of the story.) In the Bard’s version of the tale though there is a vivid description of sycamore groves outside the walls of the city which is not there in the original. Many believe that Shakespeare’s description of the trees points to a man with experience of visiting the city. The sycamore groves still survive today:

While loyal Shakespeare Stratfordians believe the setting of Portia’s ‘Belmont’ estate is the imaginings of a well-informed genius, others point to the stark similarities between Shakespeare’s description of the grand house and those of the ones along the River Brenta, where Rich Venetian Merchant’s lived. These homes even have the same entrances and exits along the river. 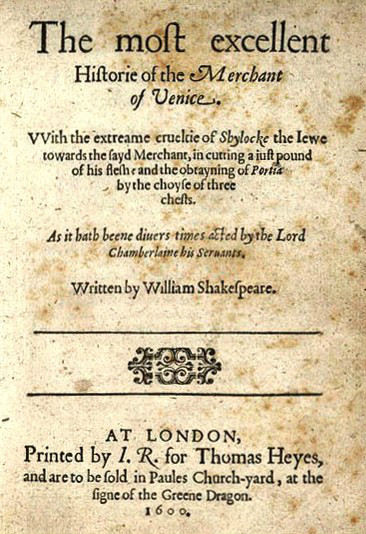 Merchant of Venice by Shakespeare

Many writers chose to base their stories in the exotic Mediterranean in Elizabethan times. It was seen as being at the forefront of civilisation but also as a hub of corruption which made it the perfect venue for heated and tense escapism for Elizabethan theatre-goers. This in many ways explains Shakespeare’s love of writing about the country. It also allowed him to comment on problems at home without getting in to too much trouble.

However, there are clues throughout these plays that point to a writer who had travelled and had picked up specific details from the cities these plays are set in cities of Italy. If this is true (it is a big if!) and Shakespeare did manage to travel so far, how did he do so? And if he didn’t, did somebody else?

Read the original article and continue the debate here: