Rome makes for the perfect vacation destination for groups, families and couples. There are so many sites to see and places to visit that there is always something to do. Read on to learn more about Rome and what you can expect to find and enjoy during your visit. Find accommodation and hotels in Rome: 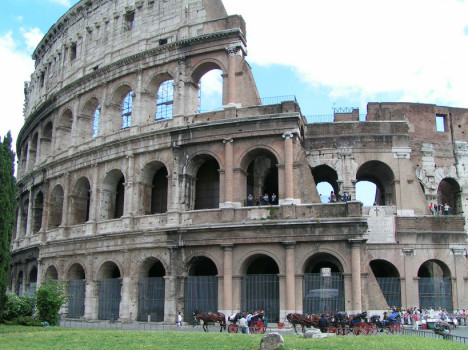 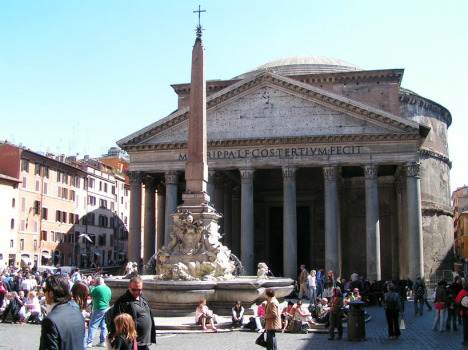 The city is rich in tradition and genuinely a place that one must visit at least once during their life. Everyone, young or old can find wonder in Rome and plenty of activities to partake in. Chad A. Hagy is a travel and history enthusiast who enjoys writing about various destinations around the world.

Rome is one of the most breathtaking destinations worldwide due to its historical monuments and outstanding attractions. This European capital city can offer you enlightening details about the medieval and pre-medieval ages.

The city is full of museums, churches and palaces that can surely render you a memorable holiday experience. You can’t get enough of your holiday in this city as there are plenty of tourist attractions and squares to visit. Keep on reading to learn about the topmost squares that you can visit in the city on a holiday. 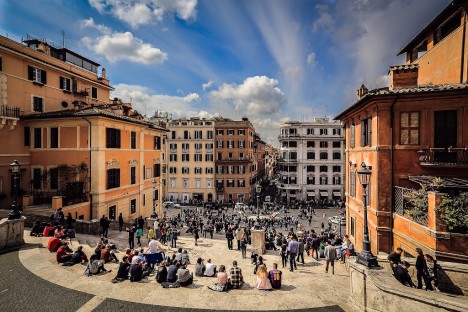 The premises of Piazza Navona were primarily constructed for various types of athletic games and prize races but today the scenery has changed quite a lot as it is surrounded by luxurious hotels and cafes for serving the tourists. 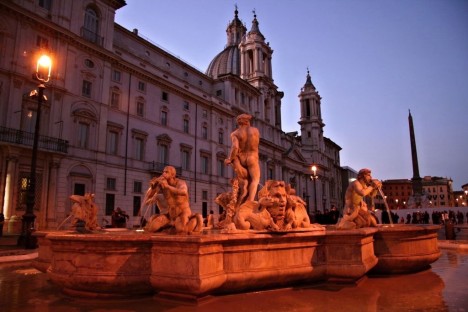 There are beautiful fountains built at three different places maintaining the elegant oval shape of the square.

Every year, the authorities taking care of the square also set up an art gallery for the tourists who are interested in Italian fine art.

Piazza Navona is considered by many as the most beautiful square in Rome. And it’s not excessive but deserved! 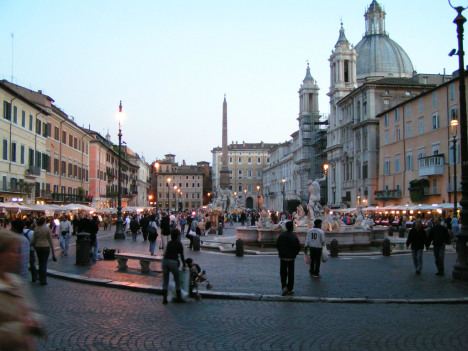 Having a nearly round shape, the Piazza del Colosseo is the greatest of all piazzas in the city as it shows the magnificent skills of the Roman constructors.

The Colosseo still maintains its might as its walls are huge and you are also allowed to go to the top through the staircase once used for viewing athletic competitions. 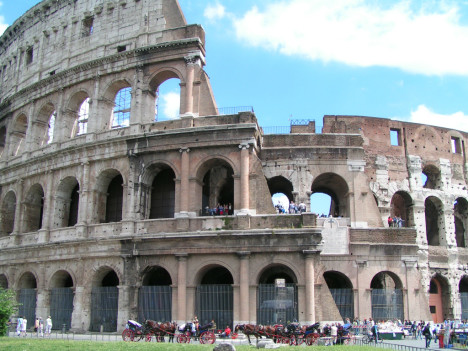 If you would like to experience the real Italian atmosphere, you should visit one of the liveliest and most diverse places in Rome – Piazza Campo de’ Fiori (Field of Flowers).

Its name originates from the flower fields, which once were here. Since 1869, Campo de’ Fiori is a place of regular markets, where you can buy fruit, vegetables, fish and, of course, flowers.

In the middle of the square you can find the monument of philosopher Giordano Bruno. 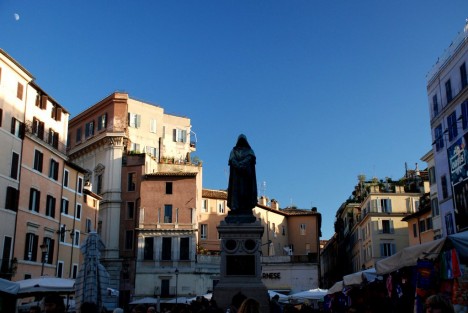 Campo de’ Fiori is one of the few squares in Rome (or in Italy at all) that are not tied to any particular patrician family or famous building.

The most important building is the Palazzo Pio Righetti standing on the remains of Pompeo theater, on the southeast side of the square. 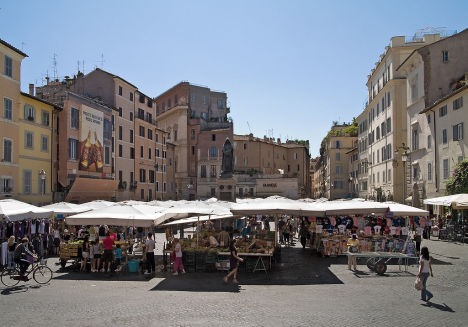 Located near the Spanish steps and Via del Babuino, Piazza di Spagna is a beautiful apartment place where you can easily find a room to crash for several nights depending upon the holiday package you are on. 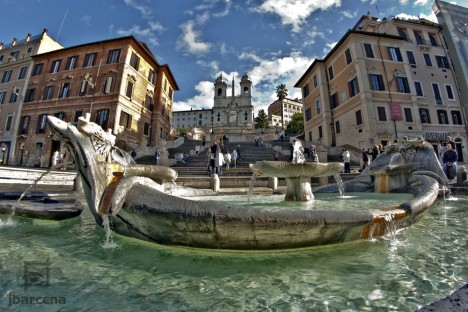 The windows in each room are very beautiful and provide you a panoramic view of this romantic square.

There were series with the eponymous name “Piazza di Spagna” shot on this square back in 1994 so you can see how the life is going on while living on such a great square. 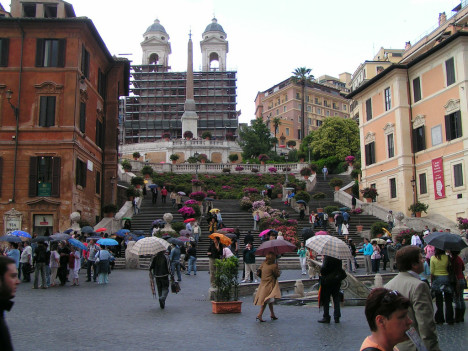 The major focal elements of tourists in Rome are the fountains and historical places and Piazza della Rotonda can satisfy almost all the cravings as the square is full of the art galleries, rock solid fountains with imageries in the center of famous athletes.

There are also various musicians present at the square for entertaining the visitors along with some mimes.

However the most important feature of this square is Pantheon – one of the best preserved ancient temples in the world. 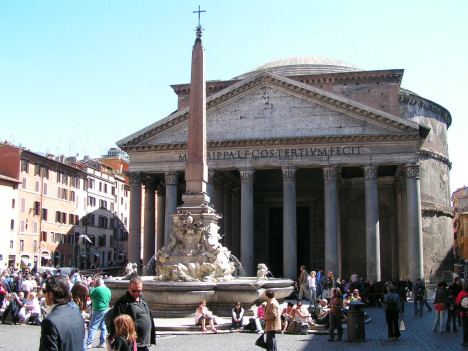 While in Rome, do not miss out the Piazza Venezia as it is the most famous square comprising of beautiful transport lanes and buses taking you for a visit of the entire place.

Main feature of this square is the Monument to Vittorio Emanuele II, a huge monument built of white marble. 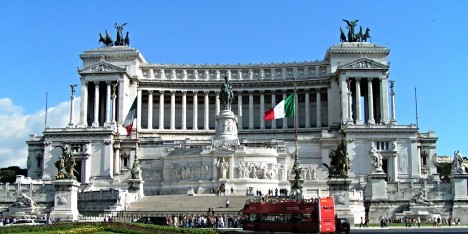 Monument to Vittorio Emanuele II, Piazza Venezia by Julius for Travel via Italy

You can check out the nearby famous Colosseum either on foot or by going for some transportation for the tour.

The entire square is full of lights so that tourists can feel lively and enjoy the moments. However for me it is too busy and noisy. 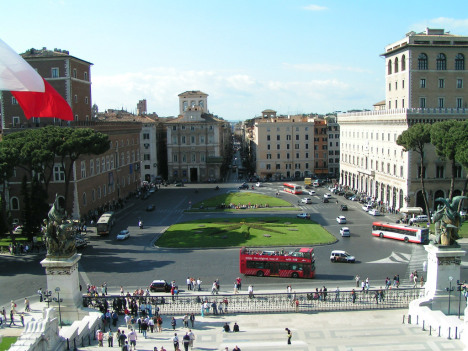 Piazza del Campidoglio, designed by Michelangelo, is also one of the most visited squares in entire Rome as it has lots of steps varying in sizes that make a proper symmetry on the center.

This particular piazza is a replica that has been created for honoring the statue of the famous Marcus Aurelius made out of bronze. You can also get yourself a guide on the square and they will enlighten you about the place perfectly. 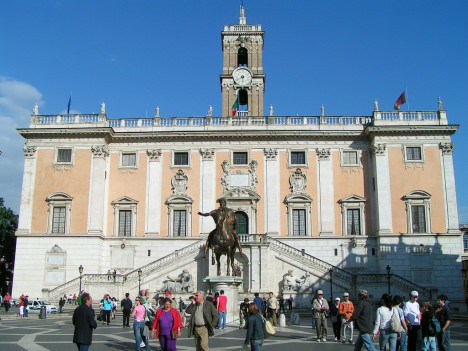 Piazza del Campidoglio with a Palazzo Senatorio and a statue of Marcus Aurelius, by Julius

One of the Rome’s most visited historical monuments is St. Peter’s Basilica – the largest church in the world. You can find it on Piazza San Pietro. 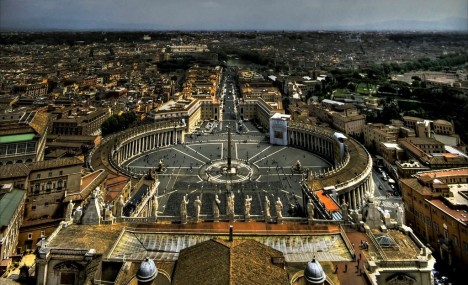 You can freely take pictures without any intervention and there are also different columns where you can enjoy a good time with your family members.

The square is full of sculptures and Vatican art galleries that you can also see for soothing up your mind and refreshing your mood. 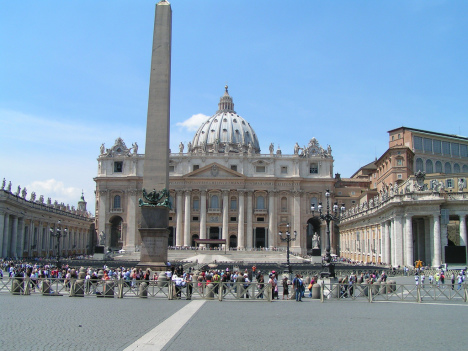 In order to visit this elegant piazza, you need to have a guide along with yourself as here the security is the tightest.

Piazza del Popolo is a beautiful and also the most talked about square of Rome as it is filled with fountains of different designs made out of the most precious rocks filled embedded with gems and costly stones. This is the main reason why the security is so uptight.

So these were some squares that you must not forget to visit while you are in Rome. If you still have some more time on your holidays in Rome, just have a look at some other beautiful squares that will complete your holiday experience in the right way.

The name of this particular tourist attraction has been derived from the famous column of Marcus Aurelius that is still standing tall giving a vivid picture of how the ancient Rome was actually like.

Piazza Colonna is a must visit as there are several things for your entertainment. 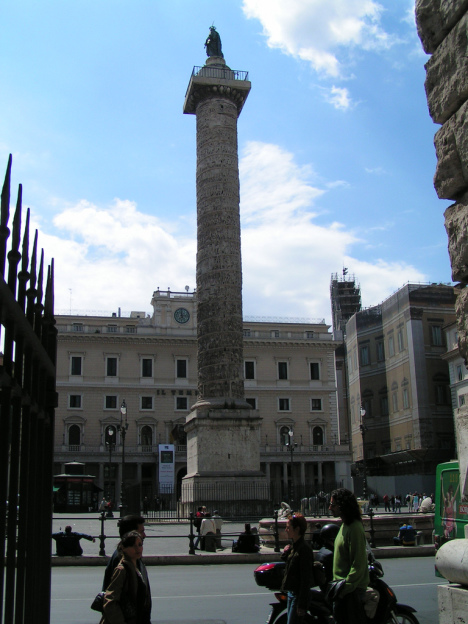 Piazza Colonna with the Column of Marcus Aurelius / Photo by Julius

Palazzo di Monte Citorio is considered to be the most famous political tourist attraction in entire Rome as lots of politicians had their names linked with back in the 18th century.

It contains a balcony for the pope to announce important messages regarding the city and you can be a part of it too! 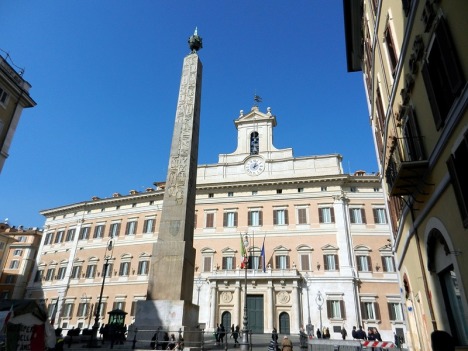