Located in the north-central portion of Italy, you will find the Appennino Tosco-Emiliano National Park. The park which was founded only recently back in 2001 is home to mountain lakes, grasslands, waterfalls, moorlands and forests. It is also centrally located nearby several other national parks.

Some of the tallest points in Appennino Tosco-Emiliano National Park are the mountain peaks of Monte Prado (2,054 metres), Alpe di Succiso (2,017 metres) as well as Monte Cusna. Monte Cusna alone sits at more than 2,121 meters above sea level. You will also find the famous near-vertical walls of the Pietra di Bismantova mountain. 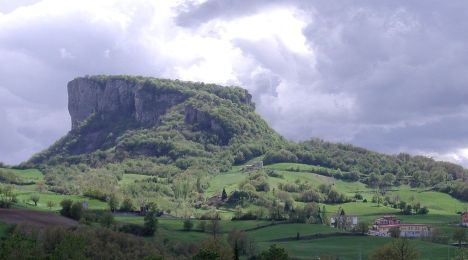 The Appennino Tosco-Emiliano National Park was not formed as a means of protecting any particular animal or plant species, but rather to protect the environment itself. As such, you will find that there is a very wide diversity of flora and fauna inside of the park. Some of the most notable animals in the park are the Golden Eagle, Roe Deer, White Wolf as well as the Mouflon.

It is the memories, traditions and folklore of the area that gives the Appennino Tosco-Emiliano National Park real life. For centuries, people have called the area that the park is situated at home. As a result of these years of settlement, many memories have been created and tales told from one generation to the next.

People from many trades have lived in the area. There have been woodsmen who logged the hills, coal-men who dug in them as well as shepherds and farmers who worked and lived in the grasslands. As a result, there are countless settlements located throughout the park to explore. There are many old churches and small towns here. But most of all, the area is lined with centuries old castles and towers which once stood proudly overlooking the lowlands.

There are many things to see and do throughout the Appennino Tosco-Emiliano National Park that one could stay busy for days exploring the farthest depths of the region. Many people who come to the park also stop by and check out the many other nearby national parks in this scenic portion of the country.