Panarea – the tiny island within the Aeolian Islands

Situated within the Aeolian Islands archipelago you will find the tiny island of Panarea. The island is a very popular destination which attracts countless visitors to its shores every single year. There are a lot of things to see and do when choosing to visit the island.

One of the first things anyone will notice at they first arrive is the Greek-inspired homes of San Pietro, Ditella and Drauto which overlook to waterfront. While technically three separate villages, today they are fused together as one. The large numbers of private yachts which are anchored in the harbour gives a luxurious feel to the island. 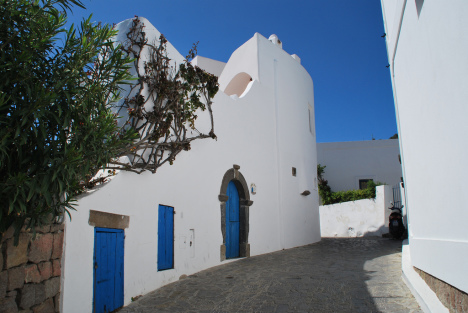 Located closest to the water’s edge, the village of San Pietro is where some of the most luxurious accommodations can be found on the island. It is also the first area that anyone comes to when arriving in the harbour on their private yacht.

The history of Panarea Island dates back to the Bronze Age. Twenty–three huts were discovered on Panarea and are now showcased as part of the Museo Archeologico Eoliano collection that can be found on Lipari. A number of pieces of pottery dating back to the Minoans have also been found on the island.

Perhaps one of the most popular destinations on Panarea is that of Cala Junco beach which can be found at the village of Punta Milazzese. Here, the beach is always drenched by the sun and the waters are as clear as they could ever get. 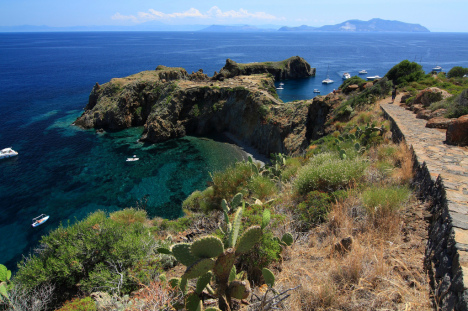 Along the eastern coastlines of Panarea Island you will find a number of islets. You can rent a boat and visit them if you would like. The islet known as Basiluzzo is exclusively used for the growing of capers.

Panarea Island is a paradise for divers. One of the most popular underwater attractions is an ancient Roman ship wreck. There is also an old English ship that wrecked off the coasts of the island and currently sits at a depth of 45 meters below the surface. Equipment can be rented locally on the island or you can bring your own gear.

There are countless hotels and restaurants that can be found on the island of Panarea. The Hotel Raya is perhaps the most popular place on the island for food and accommodations. However, the nearby La Piazza has the liveliest night life since it is home to the island’s only disco.