Trento: most beautiful things do to and visit

The close link with the mountain

Introduction Trento The main charm of the city of Trento is that although it is an Italian city, has many aspects and many reminders of its past Austrian. Right in the north of Italy, in the region of Trentino Alto Adige, this city is a very different way of being Italian, well away from the Mediterranean style that involves most of the cities of Italy. Just take a look at its people to realize that we are light years away from the excitement and bravado of the citizens of the Mediterranean below. Here you can feel the simplicity typical of the Austrians and that elegance typical of cities that are located on the slopes of the great mountain complex.

The geographical location of Trento is certainly a hallmark of this city lies in the valley of the Adige River, which bathes also Verona, from which Trento is about a hundred kilometers. Is surrounded to the west by the Monte Bondone (a mountain loved by Trentino and reach of the center onto a county road), north of the Paganella and Monte Calisio, east and south of the Marzola Vigolana. It is a typical mountain town you can see specific elements of the architecture of the mountain: wooden balconies, the Renaissance buildings with pastel colors.

The city has several influences, the Roman, the Lombard, the French one: a tour to Trento is to take a trip back in time, among ancient castles, beautiful squares, historical monuments. At the same time it is possible to plunge headlong into the delicious cuisine of this region: in each winery, restaurant or tavern you can taste the traditional dishes. This city is also appropriate to try its delicious DOC wines, sparkling wines and tasty schnapps.

Trent has an airport a few kilometers away from the city center: it is the airport of G. Caproni, located in the suburb of Rolling Pin. Many decide to visit this town in winter to enjoy the beautiful ski slopes located a short distance from the city center. See Trento submerged in snow is undoubtedly a magnificent experience: Cathedral Square in the winter assumes a very unique charm. In winter it is possible to visit the Christmas market, where to buy souvenirs and remain speechless in front of all the colors and sounds typical of this time of year. Stay in this city is very simple: there are hotels, hostels and bed and breakfast that will satisfy all customers.

Things to do and visit

In Trento there is an infinite number of places of historical and artistic interest. It ‘a city with beautiful monuments, beautiful squares decorated with fountains and frescoed palaces and noble. Following a list of the most important sights of this city: 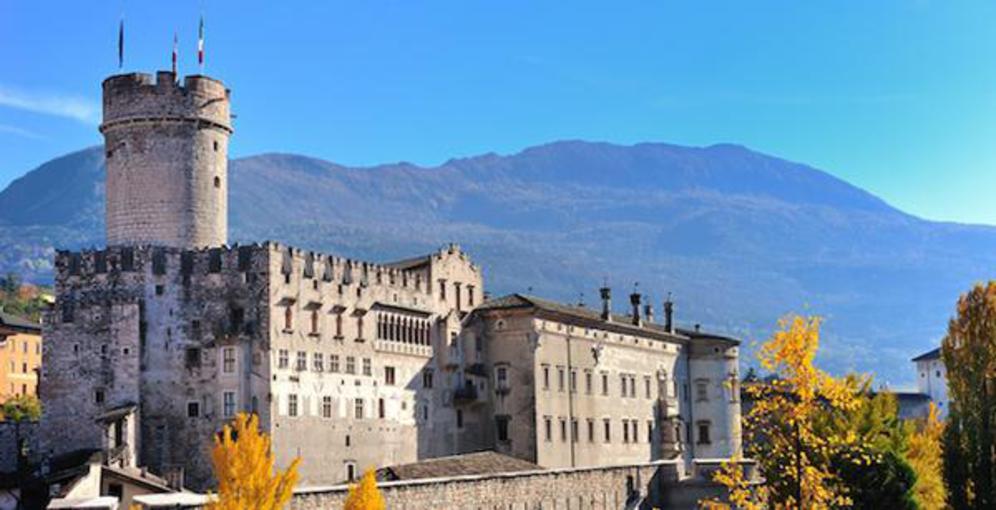 Buonconsiglio castle is undoubtedly the iconic building, the best known and the most famous of all the city. It is an ancient Roman castle, a fortress built in the thirteenth century, now home to art exhibitions (here are the Provincial Museum of Art and the Historical Museum of Trento). The castle is a symbol of architectural styles: in this large complex located on a rocky hill you can admire the Tower of Augustus Romanesque style, the lodge and the Venetian-Gothic battlements. Beautiful gifts and the frescoes of the Great Palace, whose visit is highly recommended. 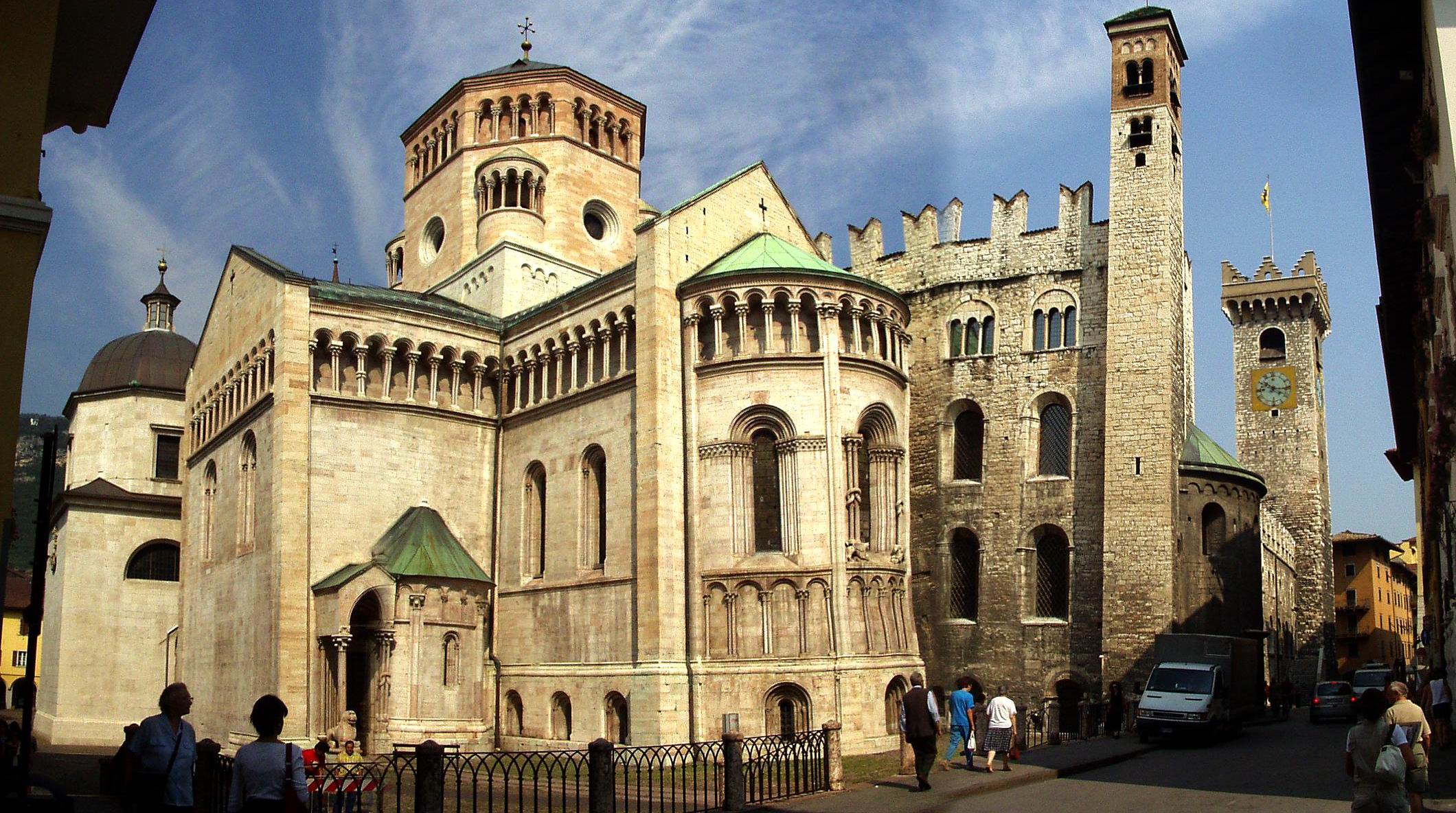 Trento Cathedral is exceedingly known as the Cathedral of San Vigilio, it is the most important church in the city, built in the 13th century in the same place where once stood a basilica dedicated to the patron saint, San Vigilio, from hence the name of the church. This cathedral from the Romanesque-Gothic Cathedral dominates the square, creating a very elegant: the merits of the polygonal dome, bell tower of the sixteenth century and its galleries that create that fantastic effect of light / dark.

Piazza Duomo and the fountain of Neptune 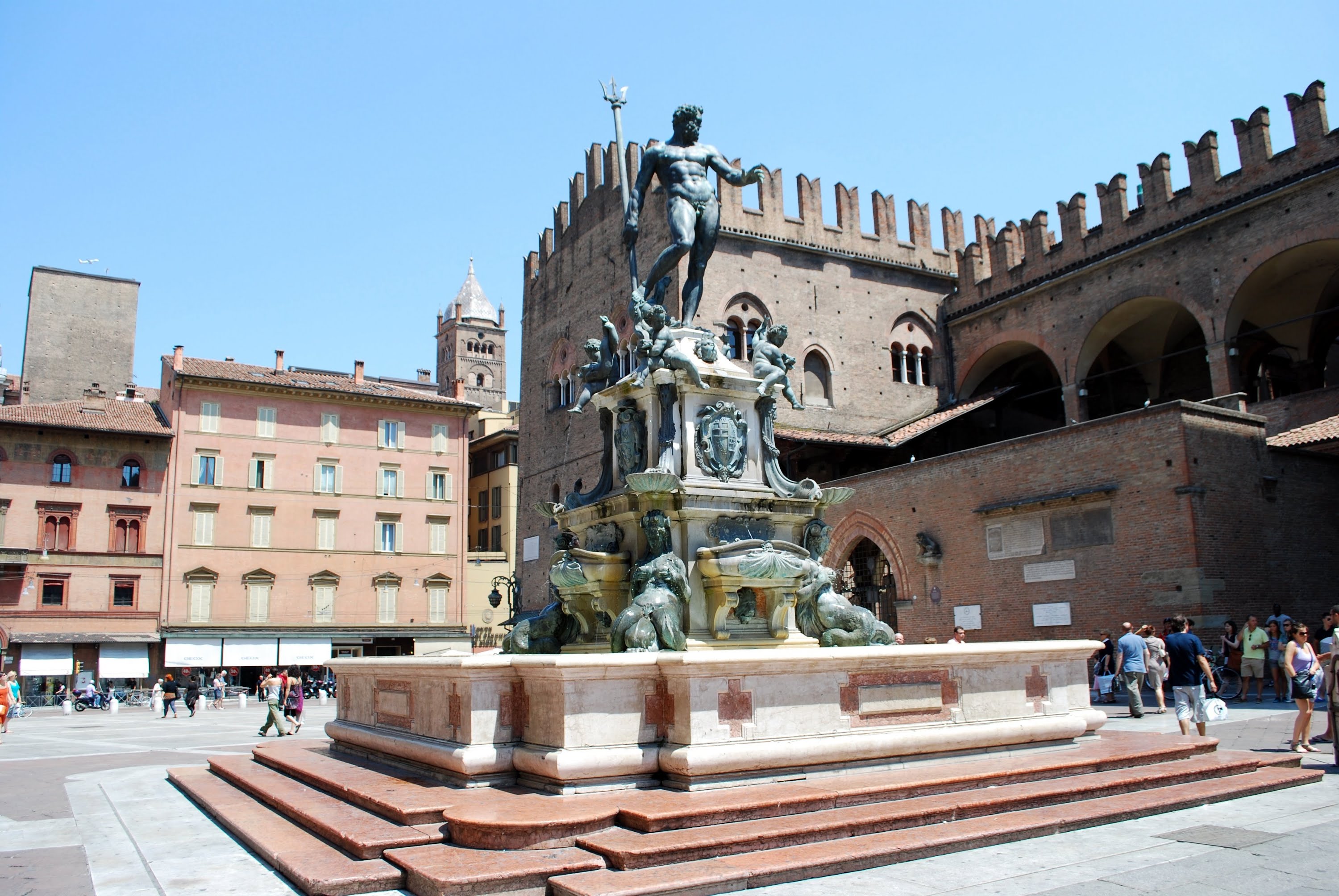 The cathedral square is undoubtedly the most important and famous square of Trent with its square dominates the heart of the city. On either side they stand in all their beauty, the Cathedral, the thirteenth-century Praetorian Palace, the Civic Tower and the Castelletto. The center of the square is entirely dominated by the Fountain of Neptune, with its newts, sea horses and the statue of Triton right in the center. And ‘the work of Francesco Antonio Giongio and was designed in 1769. In Praetorian Palace houses the Diocesan Museum of Trento, which includes all the testimonies of the Council of Trent and the historical and artistic heritage of the diocese.

The Abbey of San Lorenzo is one of the most important religious buildings of Trento is located in Piazza Dante and has a Romanesque-Gothic style. It was founded by Benedictine monks between 1166 and 1183. Its position on the right of the Adige river allowed it a time to be connected to the city by a wooden bridge. The name of St. Lawrence is linked to “Larenzia”, ​​a pagan god. 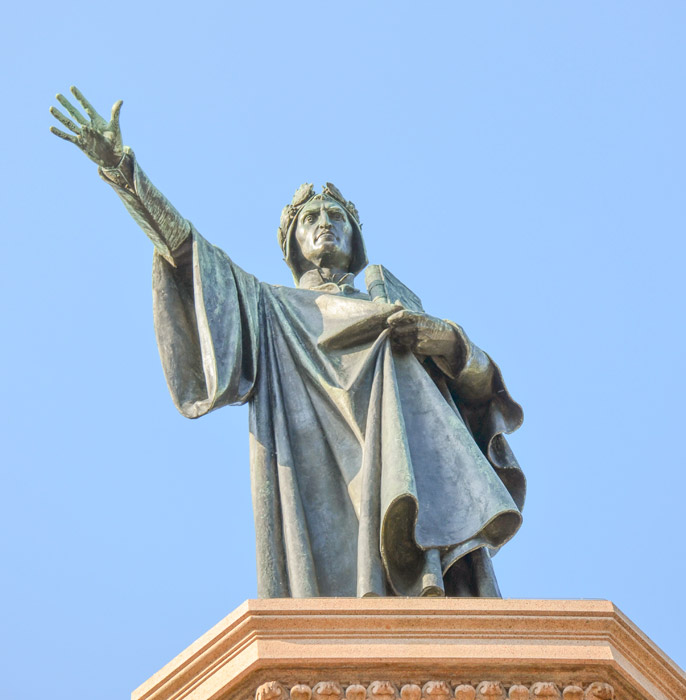 Dante Alighieri is immortalized in a monument located in the square. It ‘was built by the Florentine sculptor Cesare Zocchi, the late 19th century, when the Trentino region was not yet part of Italy, but it was the territory of the Austro-Hungarian Empire.

Art lovers will know the Albere Palace to be the seat of the Mart, the Museum of Modern and Contemporary Art of Trento and Rovereto, one of the most advanced art centers throughout Italy. In fact, beyond the works on display, the Palace of Albere is a work in itself: it is a sixteenth-century villa, built by the Prince Bishops Madruzzo.

To the south west of the city stands the Torre Vanga, an ancient Roman stronghold, was part of the city walls. It ‘was built on request by Bishop Vanga, which is why the tower was given this name. And ’50 meters high and is located inside the laboratory of Restoration Ligneo the Province.

Other buildings
Besides the Praetorian Palace in Piazza Duomo and the Palace of aspen trees, home to the Mart, there are many other buildings of historical importance and frescoes in Trento: starting from Palazzo Thun, the town hall, we go to Sardagna Palace, built in the sixteenth century wishes of the family from which the building is named, Palazzo Salvadori and building Jeremiah, examples of Renaissance. Do not forget also the Palazzo del Diavolo, dated 1602 and built by the bankers Fugger, the medieval Palazzo Balduini, just to name a few.

My location
Get Directions
If you are planning your next trip to Italy book hotels, flights, rental cars at best price guaranteed!
Leave a comment Trento, Veneto