Venice – The Most Beautiful City In The World

A well-known city and an ancient and powerful center of trade, Venezia as the Italians call it originally was built over the surface of more than one hundred small islands spread across the Venetian Lagoon. It was cleverly made in such a way that now water travel is more prevalent than ground vehicles in much of the city.

Streets are narrow sometimes up to an extreme level and that makes navigation by car very difficult. For the most part, however Venice has remained much as it was hundreds of years ago on the outside even today. Being traditionalists, the local population has adopted a building practice which makes the city one of the most gorgeous and impressive feats of adapted architecture in the world. 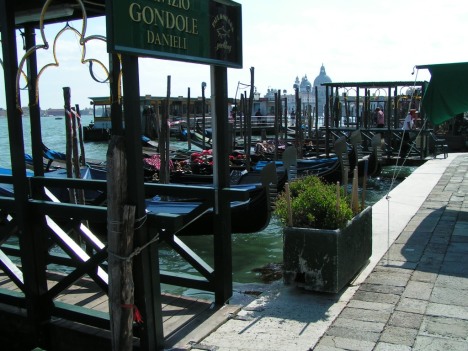 Gondole, Venice, Italy / Photo by Julius for Travel via Italy

When to visit Venice

Although you may feel tempted to visit the place during the summer you should reconsider that since this is the most hot and humid of all seasons throughout the year, creating perfect breeding grounds for entire flotillas of mosquitoes plus the canals might not be at their best during the summer months, though if you want to visit during peak season feel free to do so. 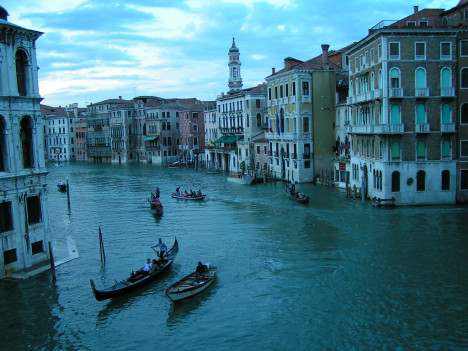 Grand Canal in Venice by Julius for Travel via Italy

For the most part fall and spring months are a better choice since they will offer much more mild temperatures as well as enjoying a much more quiet time when all the tourists are not swarming everywhere. The weather can be a bit problematic if you are intent on driving outside the city in the winter months since you’ll experience a lot of fog and that may be pretty dangerous at times. 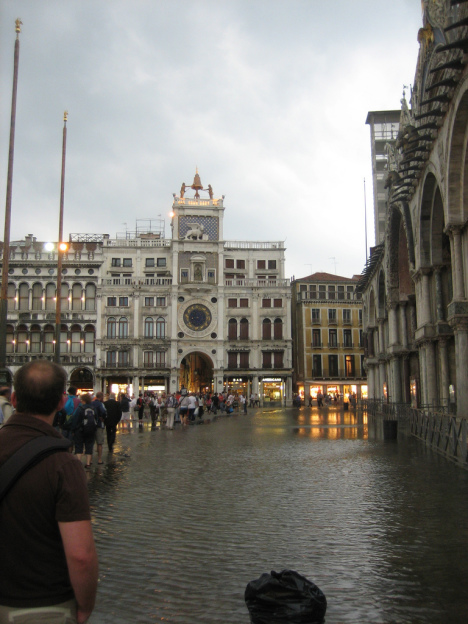 Another thing you should look out for is the so-called Aqua Alta, the frequent changes in the water level of the lagoon which sometimes flood city squares and streets depending on the weather. Overall the weather and local atmosphere have their own unique moments, sometimes fun and sometimes not so much for an outsider.

Keep in mind its impossible to drive within the city itself as the streets are too narrow and thus you’ll have to enjoy getting around the city either on foot or one of the vaporetti or “water buses” as they are known around here and the numerous water taxis. Don’t worry though these won’t be old-fashioned gondolas as you would believe if you watch Hollywood movies, but comfortable motor boats instead. 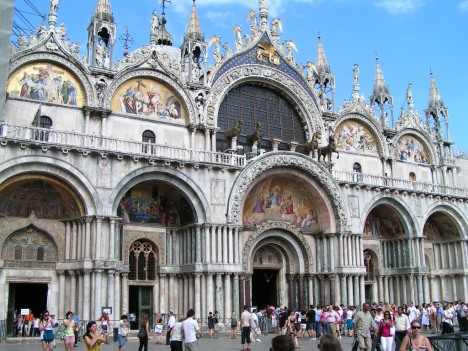 What to see and do in Venice

There are a number of wonderful things to see around town apart from simply taking a walk along the ancient buildings and enjoying the sights. You will most likely want to visit the Palazzo Ducale or the Doge’s Palace as it has this wonderful guided tour which will show you the administration wing where all the power of the merchant state was concentrated as well as the prison of none other but the infamous and suave author and adventurer Giacomo Casanova.

Some other places you might enjoy as sights in town are the Campanile di San Marco, a reproduction of the original ancient bell tower which was well-known around Europe for its amazing construction. Another tower you will enjoy immensely if you love clockworks is the Torre dell’Orologio which has guided tours offered as well into the intricate mechanisms inside, which is possible after long years of restoration of the old clockwork parts. 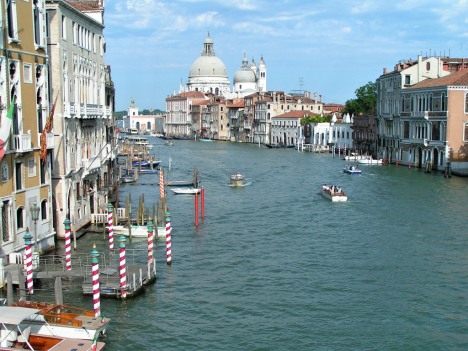 You can enjoy nice shopping opportunities on Rialto Market as well as the views from the equally old and impressive Rialto bridge, which is a marvel in engineering much like most of the city. A number of museums are also available to the general public which house exhibits covering much of the Renaissance art and inventions which made Venice the merchant power that it was during those days as well as other crafts and historical knowledge of the area. 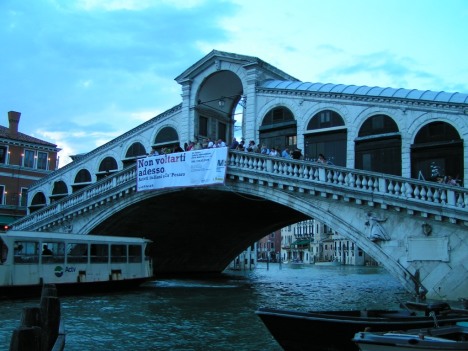 And finally after a long walk never miss the opportunity to try out and enjoy the wonderful local Italian food like no other across the globe. Although they are traditional meals the Venetian way of making these meals and the wines you may find here as well will impress you. The restaurants here have a unique feel to them as this is one of the most romantic and breathtaking destinations if you want to have an unforgettable experience. 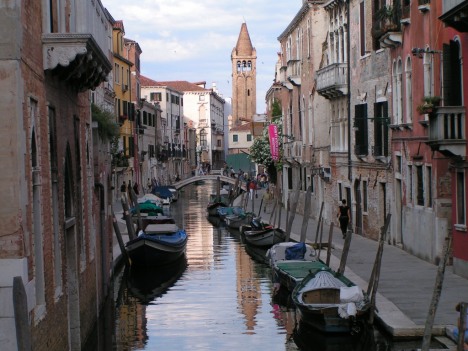 Typical street in Venice, Italy / Photo by Julius for Travel via Italy