A Guide On Italian Train Travel

Compared to other modes of transportation in Italy, train travel is the cheapest to take you to the nearby countries. This is usually the best choice for moving around large and medium-sized cities.

However, despite the convenience, most trains in Italy are difficult to find especially during the “rush hours.” This simple guide will help you make your Italian train experience a convenient and worthwhile one. 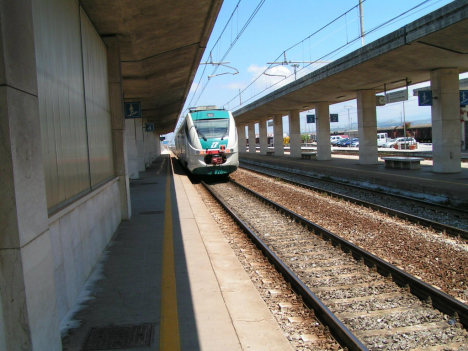 Photo by Julius for Travel via Italy

Tourists have their own way of travel from one location to another. Some want to get faster to the destination and they take a flight to get there as soon as possible. Others want to see as much as they can while traveling, and for this fact they drive the car through various locations and enjoy their trip in a more unique way. However this method is by far the most costly one with a petrol price of 1.78€ and diesel price of 1.67€ per liter on average (prices are valid for October 2013).

Milan to Rome by car

580 kilometres and 6+ hours of driving

Let’s make an example on Milan to Rome by car. The best way how to find the best route and count the costs of the journey is to check the directions through ViaMichelin site:

However, it’s not only diesel or petrol prices you have to consider while traveling through Italy by car, but there are lots of other things and additional costs such as ferry transport fares (when driving to Sicily), parking fees, potential fines and others. Let’s do not consider well-known Italian way of driving now, which can get the common foreign driver into a big trouble very easily.

Apart from these, finding parking spots can be quite a hassle especially if you are out there during the peak season. Many tourists simply park the car somewhere in the outskirts of the city and then take a bus or simply walk to visit the tourist attractions. 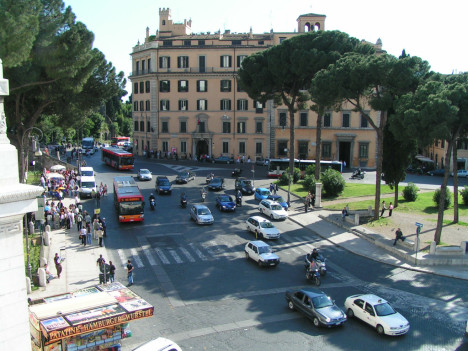 Driving in Rome by Julius

Take the Train to Travel in Italy

When you are touring in Italy, a great way to do this is by train. Taking the train to travel in Italy is the most efficient and safe way to see the most of this country without spending too much for the trip itself.

You have a large number of trains available to choose from as with the latest advances in automotive industry there are several train connections between the most important tourist centers across Italy.

The large cities, such as Rome, Milan, Florence and others offer tourists high-end train machines that travel with speed and maximum of comfort. You can as such get very fast from one destination to another and once you are in the station you can take a cab to get you to the city center.

On the other hand, you can walk towards any destination once the train has reached the station as these stations are, in most cases, right in the city center, among the most popular sights and tourist attractions.

Milan to Rome by train

3 to 6 hours of relaxing

Here we have two options:
1.) Short one when traveling by very fast train FRECCIAROSSA – 2 hours and 55 minutes – prices are from 39€/adult

2.) Longer one when choosing Intercity fast train – 6 hours and 15 minutes – prices are from 29€/adult

As to traveling by train in Italy, this is once again, a cheapest way to visit Italy’s famous destinations.

There are several types of trains in Italy, based on their cost and speed.

The most expensive but fastest trains are Frecciarossa, Frecciargento and Frecciabianca followed by the Eurostar, Italy’s premier rail line. This is the fastest option when hopping from one Italian city to another. 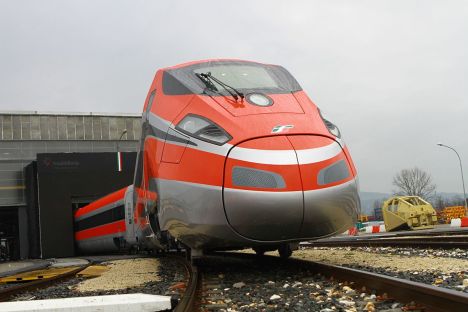 The second kind of Italian trains is the Intercity. These types of trains provide first and second class seating. The former is the slightly better option than the latter because they are generally less populated and usually two times faster.

The third kind of trains is the regional or local trains. These trains travel during work and school schedules and are the cheapest among the three kinds of trains. They are quite hard to find on a major route. These trains offer mainly second class seating but there are few first class seats available as well.

Every train station displays white and yellow/orange train schedules. The latter are for the departing trains. The yellow/orange schedules provide the route, the intermediate stop, and the departure time. There is a notes column for changes in the schedule so do check it out.

It is possible to buy a ticket at the train station, either at the Ticket Office or through the ticket machines, if you want to avoid waiting in the long queue. Tickets are also available online, which is the best way how to get them without any queue or stress. You can buy them and check out the schedules at Trenitalia.

If you plan to travel via Italy more times in one month than just from one destination to another, you can opt for Eurail pass (non-European residents) or InterRail pass (European residents only) and save much more money that you can use for sights instead.

Of course Italy is not about Trenitalia only. There are few other local railways in the country – more or less important for tourists. These include shorter local lines, steam trains or funiculars.

One of the best known is Circumvesuviana, which is the network of lines around a city of Naples, Mount Vesuvius and Sorrento. 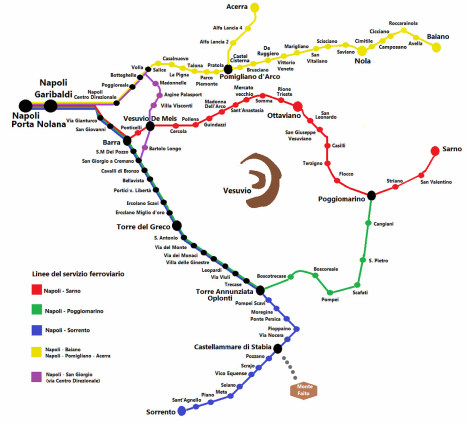 You will not be able to find the connections between Naples and Sorrento on Trenitalia but you will need to know that this is on Circumvesuviana site only; or better on eavcampania.it which includes also other lines around Naples and funicular between Castellammare di Stabia and monte Faito (funicular is very popular as it offers stunning views over the bay of Naples during the way to the top of the mountain, but it is currently closed for maintenance). 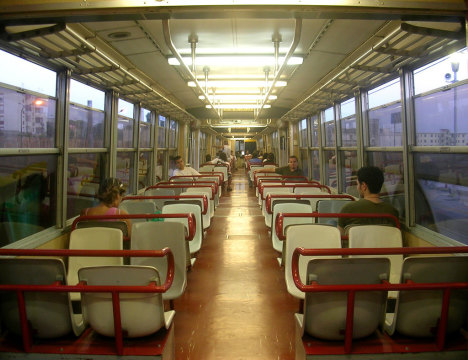 Ferrovie della Calabria – Calabrian railway network around Cosenza, Catanzaro and Reggio di Calabria, including a steam train and a funicular in Catanzaro.

Trenord – a network of railways around Milan in Lombardy. Milan also has another railway Malpensa Express which is an express train that runs between Milan airport and the city’s central station. 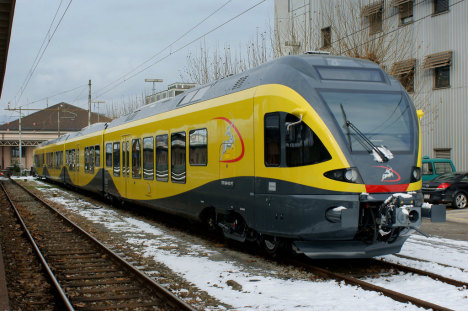 Train stations are bustling with people, especially in large cities so be vigilant about your baggage and wallet. Do not accept help with your luggage upon dislodging from the train or offers you a ride. There is a designated taxi stand in every station. Most stations are strategically located near hotels.

Riding a train in Italy can be convenient and hassle-free as long as you follow these tips.