Near the village of Botromagno is where you will find one of the park’s most impressive archeological sites, the Gravina. Gravina was a Roman era town whose remnants can be seen today throughout the site. There are several museums around the dig site where you can see some of the finest artifacts that have been uncovered to date. 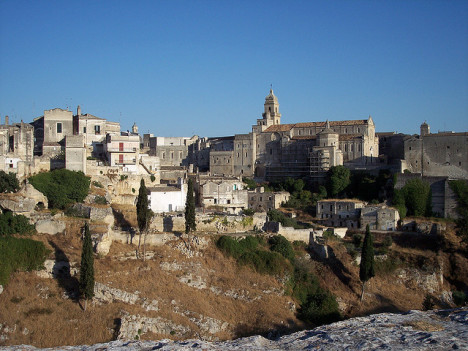 However, back in 1993 near Pulo di Altamura, one of the oldest human ancestors was uncovered in a well-preserved condition. Until this discovery, the idea that human existence in the area since prehistoric times has been known, but only artifacts had been uncovered. However, this humanoid skeleton dating back more than 200,000 years in the past has confirmed that the area was settled thousands of years ago.

Then in 1999, in a quarry that can be found near the villages of Santeramo and Altamura, more than thirty-thousand dinosaur tracks were found. Spread out in an area that covers more than twelve thousand square meters, many of these preserved dinosaur tracks have been discovered completely intact.

One who chooses to visit Alta Murgia National Park should also take the time to visit the many castles that are located throughout the park. The largest of these are the Castles of Gravina which were built by the Normans. There is also the Castel del Monte which was built under the order of the Duke of Swabia, Frederick II. 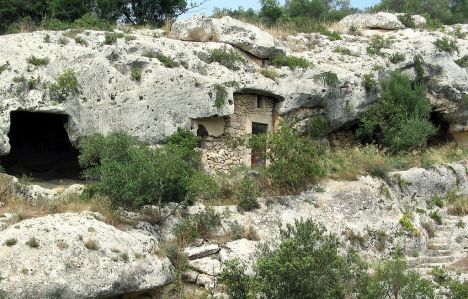 All throughout Alta Murgia National Park, there are a number of sites which are dedicated to the Norman, Angevin and Swabian periods in Italian history. There are castles and churches as well as other buildings which date back to the 9th and 14th centuries. The most commonly found structure throughout the park is known locally as jazzi.

The construction of the jazzi which can be found all over the park was for the protection of the livestock that once roamed the fields. In order to protect the sheep from the cold and harsh winter months, these rock structures were built back in the 15th century. They would build these jazzi on the southern facing edges of the mountains to ensure that the sheep would make it through the night.