The country of Capalbio is a village located in southern Tuscany, between the coast and the inland plains.
The climate is typically Mediterranean in Capalbio in the area of ​​the coast and in the valleys in the hilly area adjacent while winters are hard.

HISTORY
Main symbol of the city of Capalbio is the castle, donated by Carlo Magno in 805. Over the centuries the city has seen a succession of various invasions, with ups and downs for the economy and development. The most economically prosperous period has been under the rule of the Orsini, during the Republic of Siena, which are produced important works including the famous Rocca Aldobrandesca, churches, city walls and houses.
With the arrival of the Spanish troops who allied with the Medici era of decay begins with economic and demographic crisis due to various social and political factors but also unhealthy air of the Maremma in general has seen a serious depopulation due to malaria in the 17th century and following the robbery from the second half of the 19th.
Only half of the 1900 land reform Capalbio managed to get its own administrative autonomy and development of agriculture. 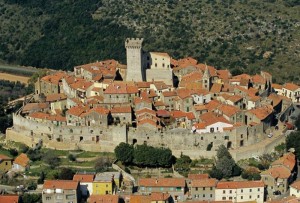 Among important buildings of the village of Capalbio there are certainly the city walls and the fortress Aldobrandesca which bore the Collacchioni Palace in the heart of the historical center, in the Renaissance style.
The walls are characterized by a double wall and walkways at different levels, fully enclose the wonderful medieval village in which alternate charming alleys lined with stone buildings.
Among the most important religious monuments of Capalbio is the Church of San Nicola built in medieval times, it houses valuable contemporary frescoes and Renaissance and the Oratory of Providence, located outside the ancient walls, guards inside some frescoes of the century period. 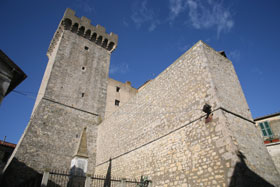 WHAT TO SEE IN CAPALBIO

Ancient town of Capalbio, the WWF oasis of Burano Lake, the Tarot Garden, Capalbio beach, the tomb of Brigante Tiburzi, the villa of the columns.

Burano Lake is a coaster lake of WWF , important point of wintering. You will found guided trails, observatory points and visits center. 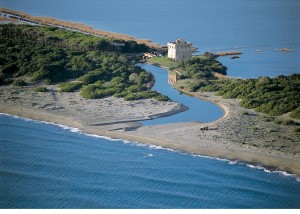 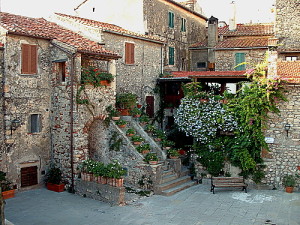 Artistic park with cyclopean sculptures, from 12 to 15 meters high, realized by Niki de Saint Phalle on a hill near Capalbio. A magic and amazing place! 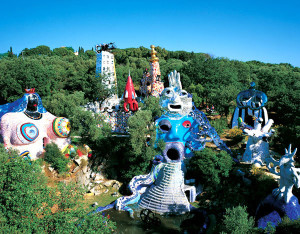 In Capalbio you can find a beach 12 km long that runs long the maremma. 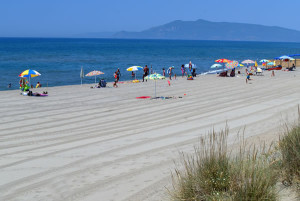 On the small cemetery of Capalbio you can find the tomb of the most famous bandit Domenico Tiburzi died on 1896. 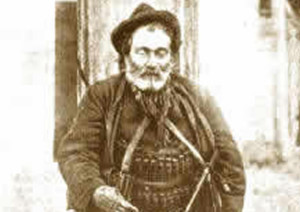 The villa of the columns

This villa want look like to walls of same period. The villa was the place of wine production. 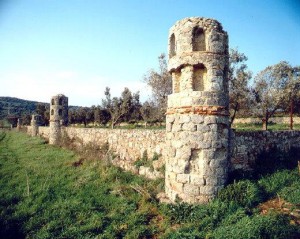 the villa of the columns Capalbio

Among the typical and traditional products that characterize the cuisine of Capalbio are the  acquacotta, wild boar and roe deer.

My location
Get Directions
If you are planning your next trip to Italy book hotels, flights, rental cars at best price guaranteed!
Leave a comment capalbio, grosseto, Tuscany, tuscany italy, tuscnay region