Cervo is situated in the west of the northern Italian region of Liguria and ranks among the most beautiful towns in northern Italy. Even today Cervo retained its amazing medieval atmosphere.

During its history, the town passed through the various state departments and the domination of various dynasties. From the Roman Empire, through the Maltese knights or Sardinian kingdom just before the unification of Italy. For holidays it is a very nice place surrounded by green hills, with clear and calm sea full of different animals. 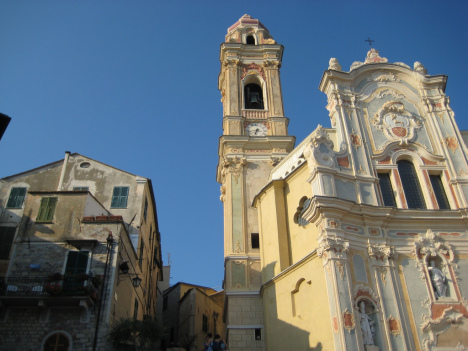 The historic city center can be reached only on foot, which increases its magical atmosphere. Town centre is surrounded by a medieval fortifications with remarkable towers. A symbol of Cervo is definitely the castle Clavesana from the 13th century, which in past ensured the defence of the city but also of the lords of Cervo.

Now you can visit here an ethnographic museum. The city’s patron is Saint John the Baptist, to whom is dedicated also the most important church in Cervo called San Giovanni Battista Church. It is even a little older than the castle itself, and is the most important example of Baroque style in the area.

If you are interested in modern architecture, then you can find several villas and palaces from the era of the Habsburg monarchy, such as the Palazzo del Duca. It has beautiful paving created of the stones from the sea. 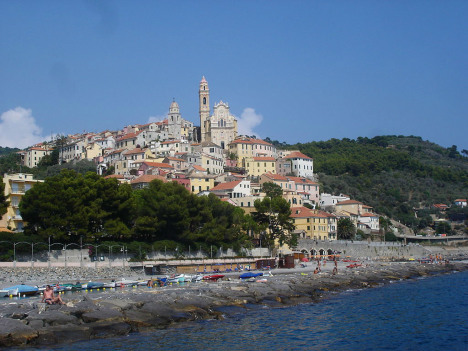 The sea is, of course, one of the best features of Cervo. The town offers several complexes where you can enjoy beautiful sandy beaches, beach chairs and umbrellas. If you do not like sand, there are also some gravel beaches located in the surroundings. All these complexes are small and offers plenty of privacy for everyone, so you can undisturbedly listen to sounds of the sea. If you want to enjoy some fun, take part in the celebrations of the town patron on June 24.

In addition to traditional worship, you will be able to go through traditional markets and shopping or just to taste the local products. The most typical for Cervo are of course fresh fish and other marine animals. Do not miss tasting also one of the delicious local wines, e.g. Pigato.