Frascati is a small town, but very popular is the whole area and region around it. There are Colli Albani (The Alban Hills) – volcano mountains which are part of the natural park Parco Regionale dei Castelli Romani. In this area there are 13 cities in total and all of them serve for one-day trips, mainly from the nearby Rome. The area is known for producing wines, especially white, called Frascati.

In the local hills there were many ancient villas, but in the Middle Ages they were replaced by numerous castles, which were later (16th and 17th century) again replaced by rural settlements, mostly containing beautiful gardens. Some of them are now great attractions for the lovers of history and art. 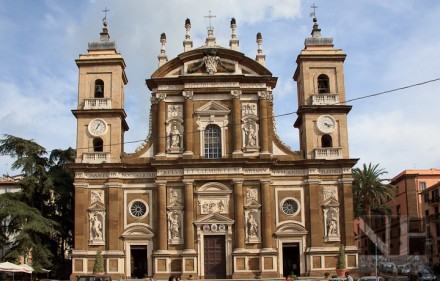 One of the most famous sights in Frascati is Villa Aldobrandini, which dates back to the 17th century. It is surrounded by a magnificent park, where you can find many artificial caves (grotto), sculptures, statues, fountains and other romantic places including nymfea. 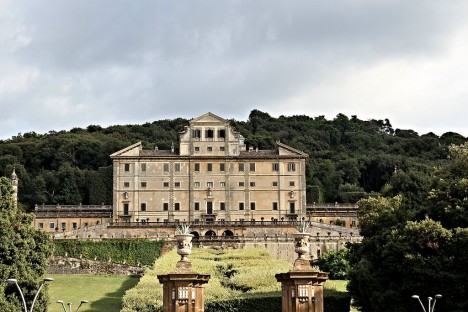 In Frascati there are other villas, and also a huge Baroque cathedral. However the most popular place here is a town Castel Gandolfo without a doubt, the summer residence of the popes, which is located 6 km south of Frascati.

Another place worth visiting is the Grottaferrata’s Abbey of San Nilo (3 km south of Frascati), founded in 1004. The whole abbey is surrounded by walls.

Noteworthy is also the church with a chapel, where you can find ​​frescoes created by Domenico Zampieri known as Domenichino, beautiful mosaics, especially marble sculptures of Bernini. 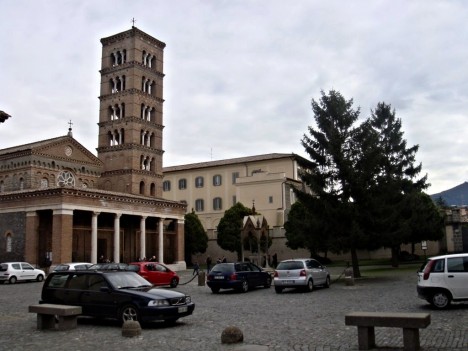 The area boasts two lakes. Albano is greater, while the smaller one is called Nemi. Above it is standing the city with the same name featuring a large castle of the 9th century.